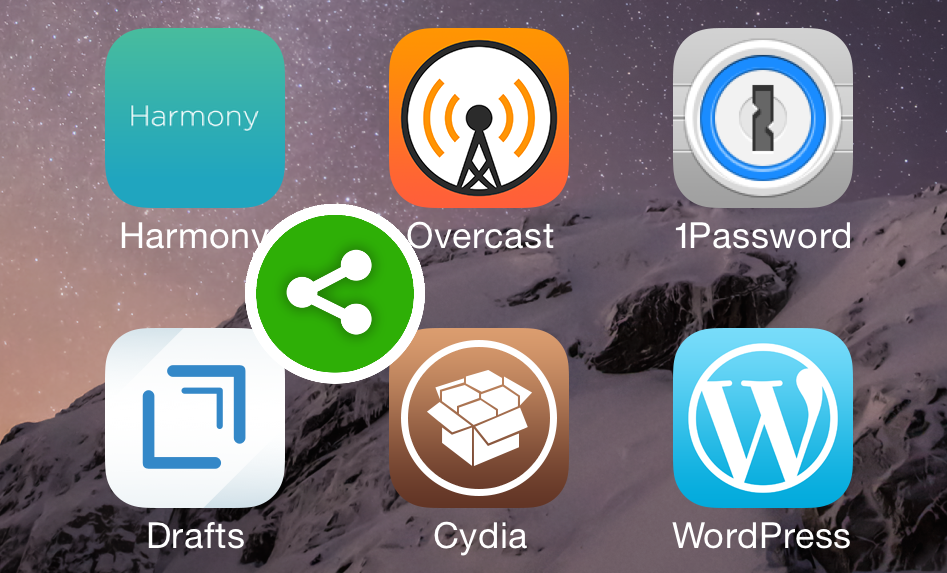 Aoraki is a newly released jailbreak tweak that places a virtual button on the screen at all times. This button allows you to access a heaping helping of functions ranging from file sharing to Twitter quick compose shortcuts. In other words, Aoraki, is the equivalent of a swiss army knife when it comes to jailbreak tweaks. It’s the proverbial jack of all trades, but master of none.

When looking at the tweak’s page in Cydia, you’ll no doubt be impressed with the sheer amount of functionality that this $1.99 release claims to possess. Here is a brief rundown of some of the things Aoraki says it can do:

Sounds like a lot, right? That’s because it is. Unfortunately, the tweak suffers greatly due to this lack of focus.

But let’s start out with some of the things that Aoraki does well. I particularly like its preference panel. It’s a solid green color by default; it almost looks if someone poured green acrylic paint on the screen. Obviously the green color won’t appeal to all, but you can change the color via Aoraki’s preferences. In fact, you can change the tint of the entire background and the items like switches, sliders, and other on screen elements. 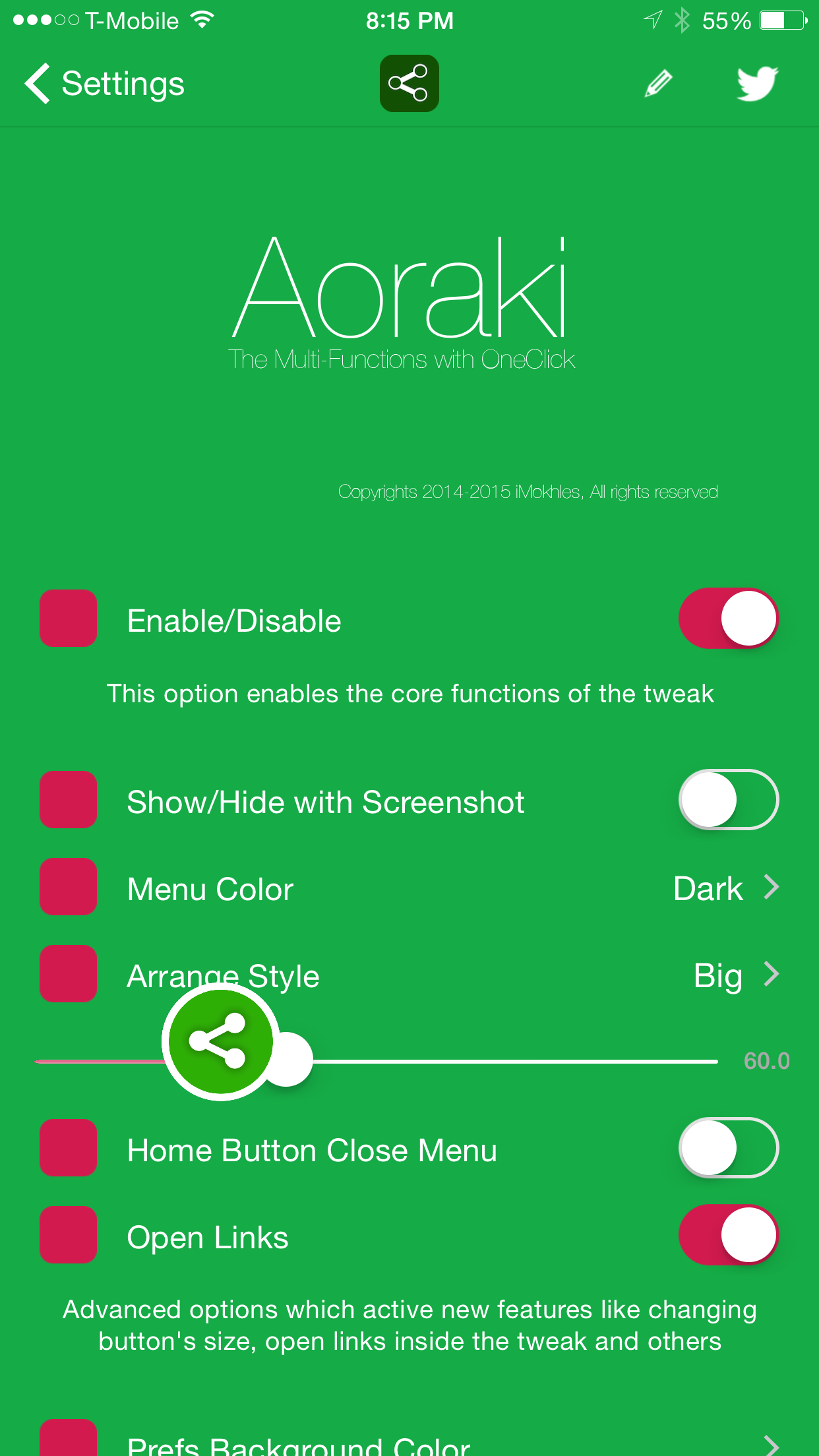 Aoraki’s preferences allow users to alter the color of the main menu that appears after tapping the virtual button, and select the size of the buttons found in the main menu. All of this can be done on the fly without necessitating a respring.

I like the idea of having a floating virtual button that’s accessible from anywhere. Properly placed, this button is easy to access, and can be invoked from anywhere and from within any app. 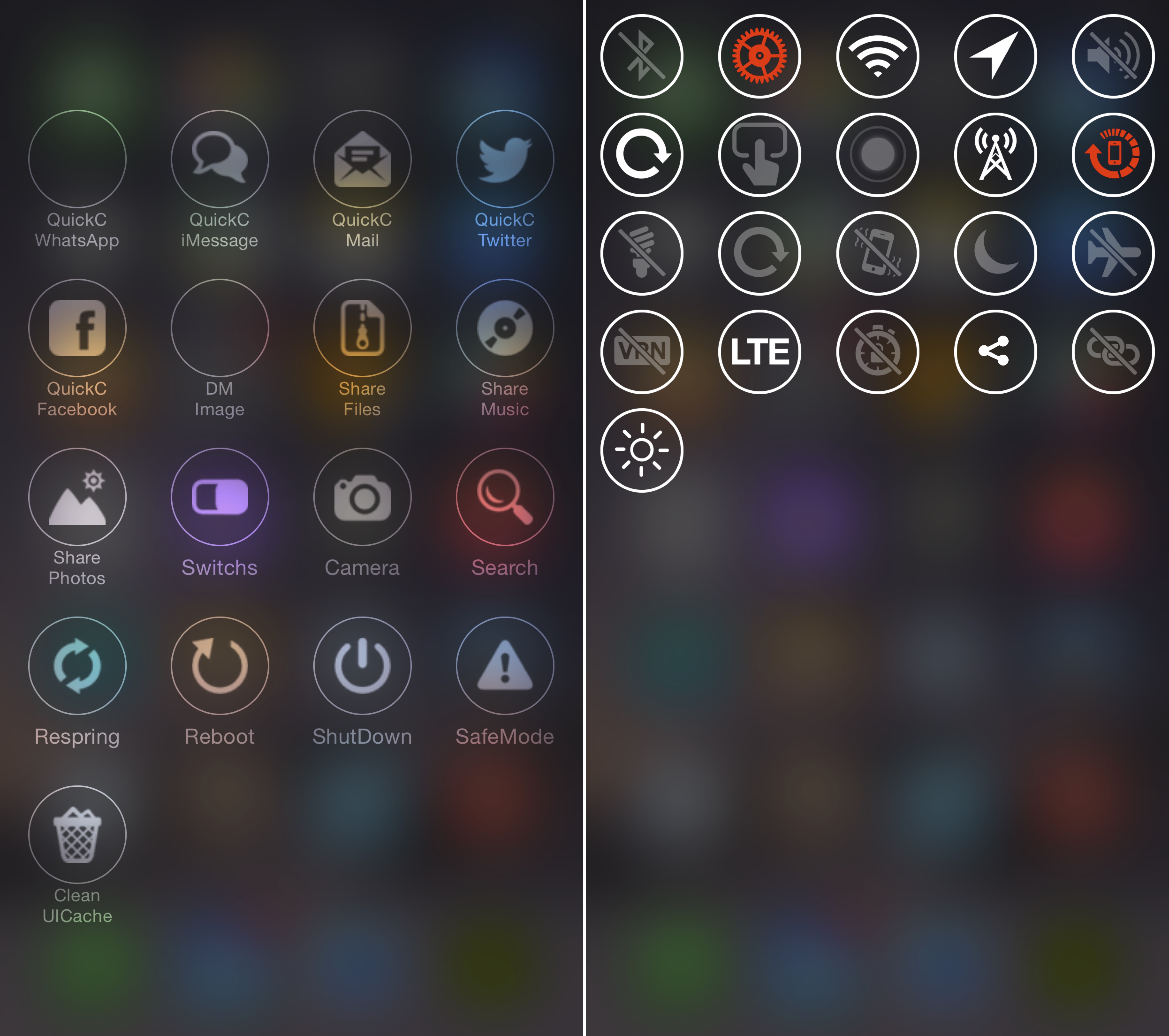 Some of Aoraki’s functions, such as Twitter quick compose and system file sharing, work well enough. Even the search functionality works pretty good to a certain degree.

But ultimately, there are just way too many bugs, system hangups, and outright failures when it comes to Aoraki’s functionality. The tweak is seemingly trying to do too many things for its own good. 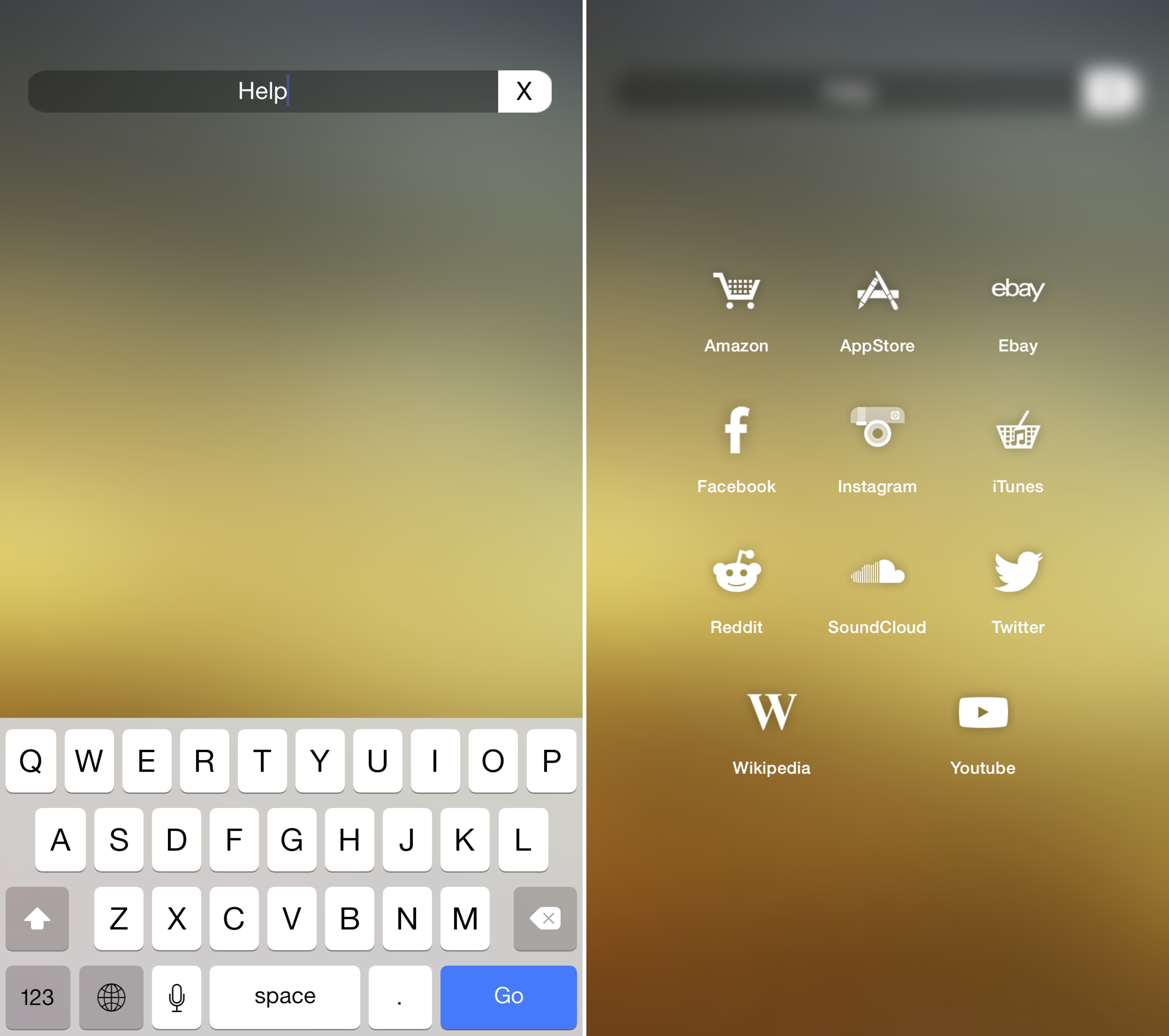 For example, when I’m finished performing a search, I’m simply stuck at the main search screen, and can’t exit without locking and unlocking my iPhone. Or at times the virtual button will just up an disappear.

Even from an aesthetic point, there are shortcomings, such as low resolution glyphs that look pixelated on my iPhone 6 Plus, or missing icons. Sometimes the color of the interface just abruptly changes without me asking it to. Sometimes the virtual button simply fails to respond to my prodding.

Aoraki means cloud piercer in Japanese, as in, something that is really tall. While Aoraki shoots for the clouds with its feature set, it ultimately falls short because it doesn’t do any one thing particularly well.

If you want to try it, you can do so for $1.99 on the BigBoss repo. Share your thoughts on the tweak in the comment section below.