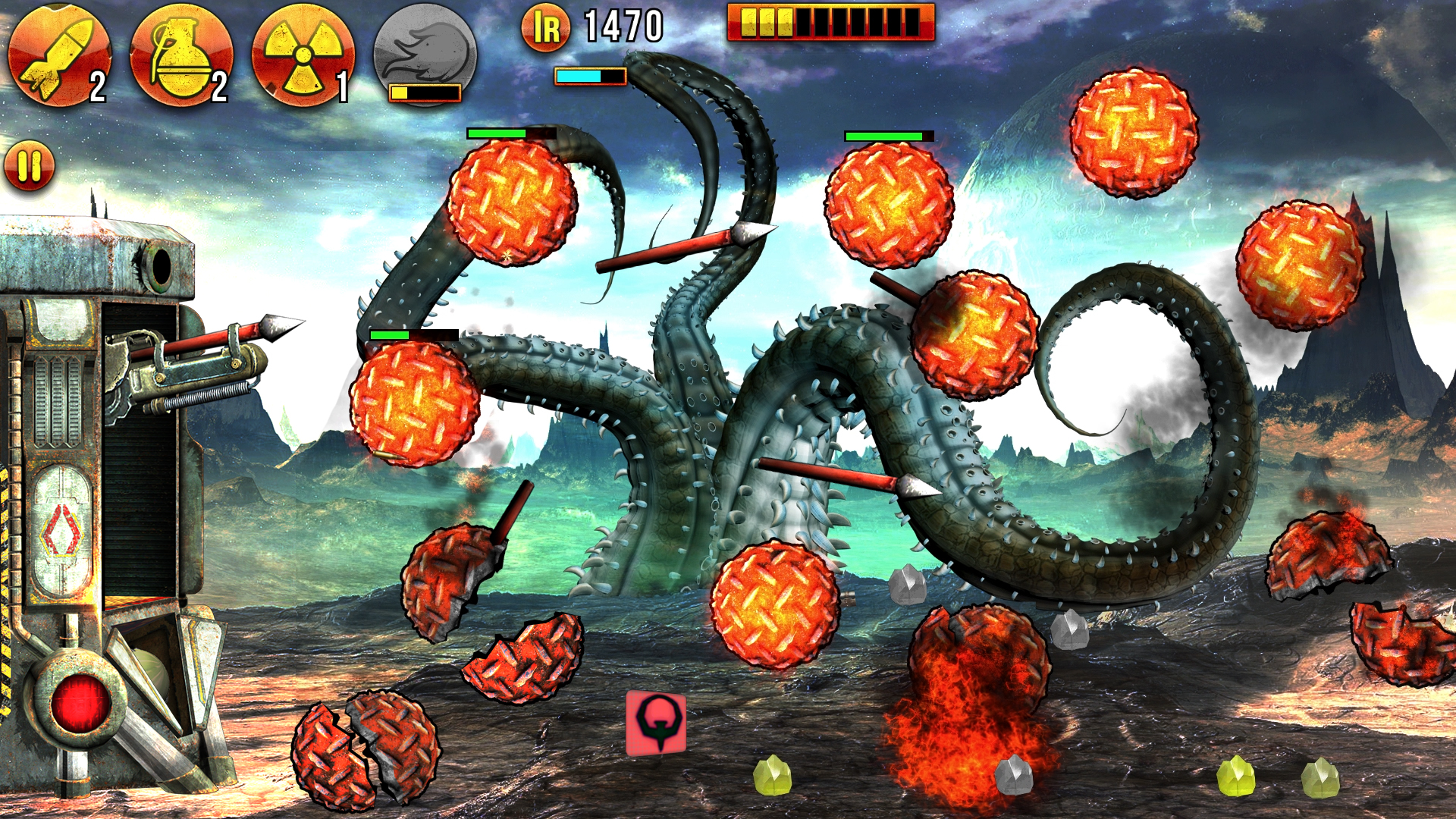 Tower defense is another one of those categories that we see a lot on mobile devices. In order to rise to the top and earn acclaim, developers need a unique take on the genre.

World of Khaos is both unique and classic. Players must fight waves of iridium based robots, cyborgs, and mutants on a stationary screen with a design style that reminds me of shoot ‘em up games like Raiden.

Players control one big a** turret that has the ability to house enough firepower to blow a spacecraft to bits. Unfortunately, to upgrade the turret, you’ll need all of the iridium you can get your hands on. 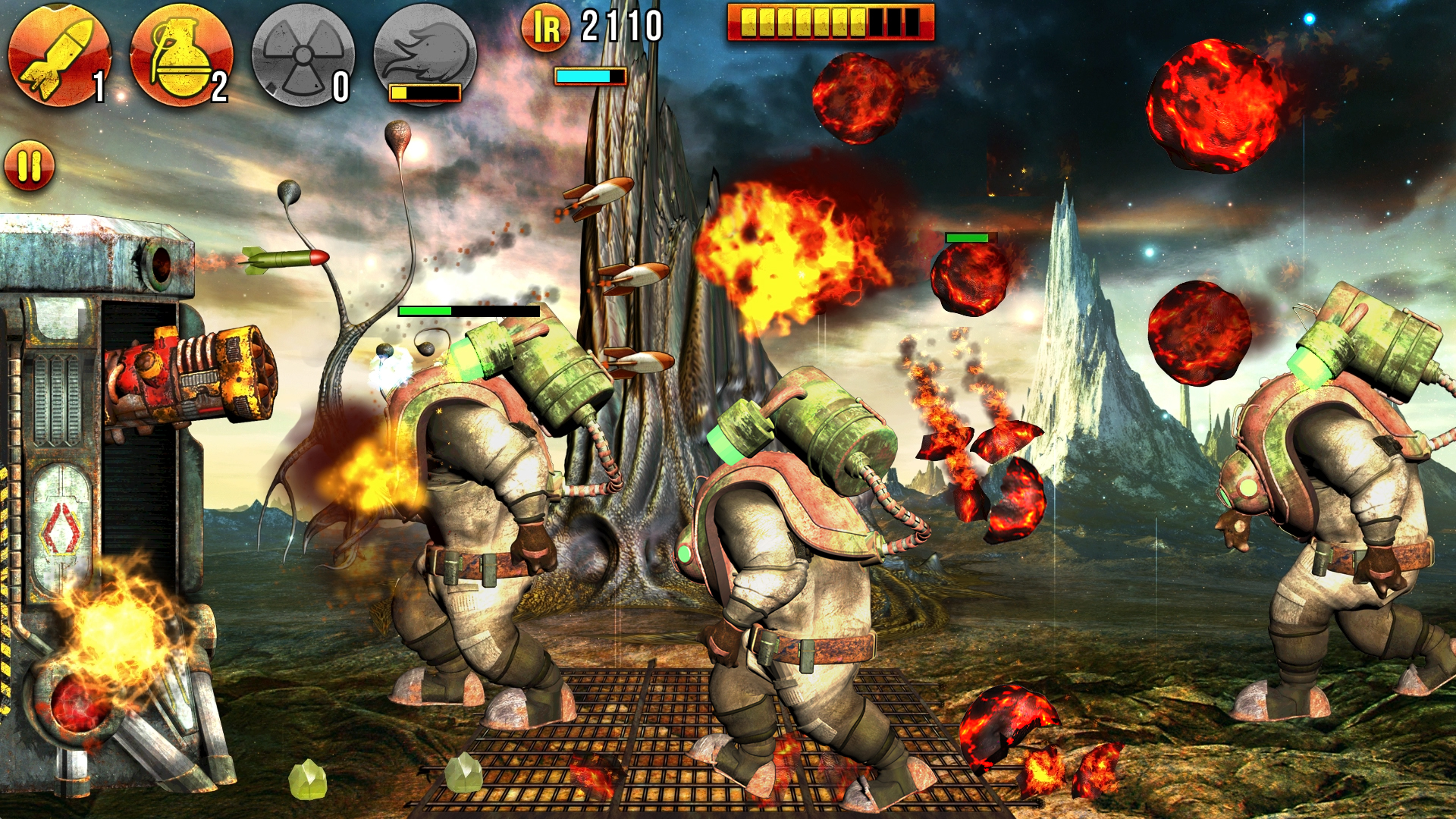 Luckily, the enemies you fight are stuffed to the gills with iridium. All you have to do is destroy them to collect the goods. You can blast them with the base guns or collect power ups that will destroy larger units in one shot. Pick up a grenade, missile, or nuke to blast everything in the area with one shot.

The turret is fairly strong and can withstand a lot of heat from enemy fire. However, it won’t take long before they get stronger than your turret. You’ll need to keep your upgrade routine regular.

Players can add power to the default gun or upgrade the primary and secondary guns. You can also increase the damage your weapons do by adding better ammo, like titanium bullets. 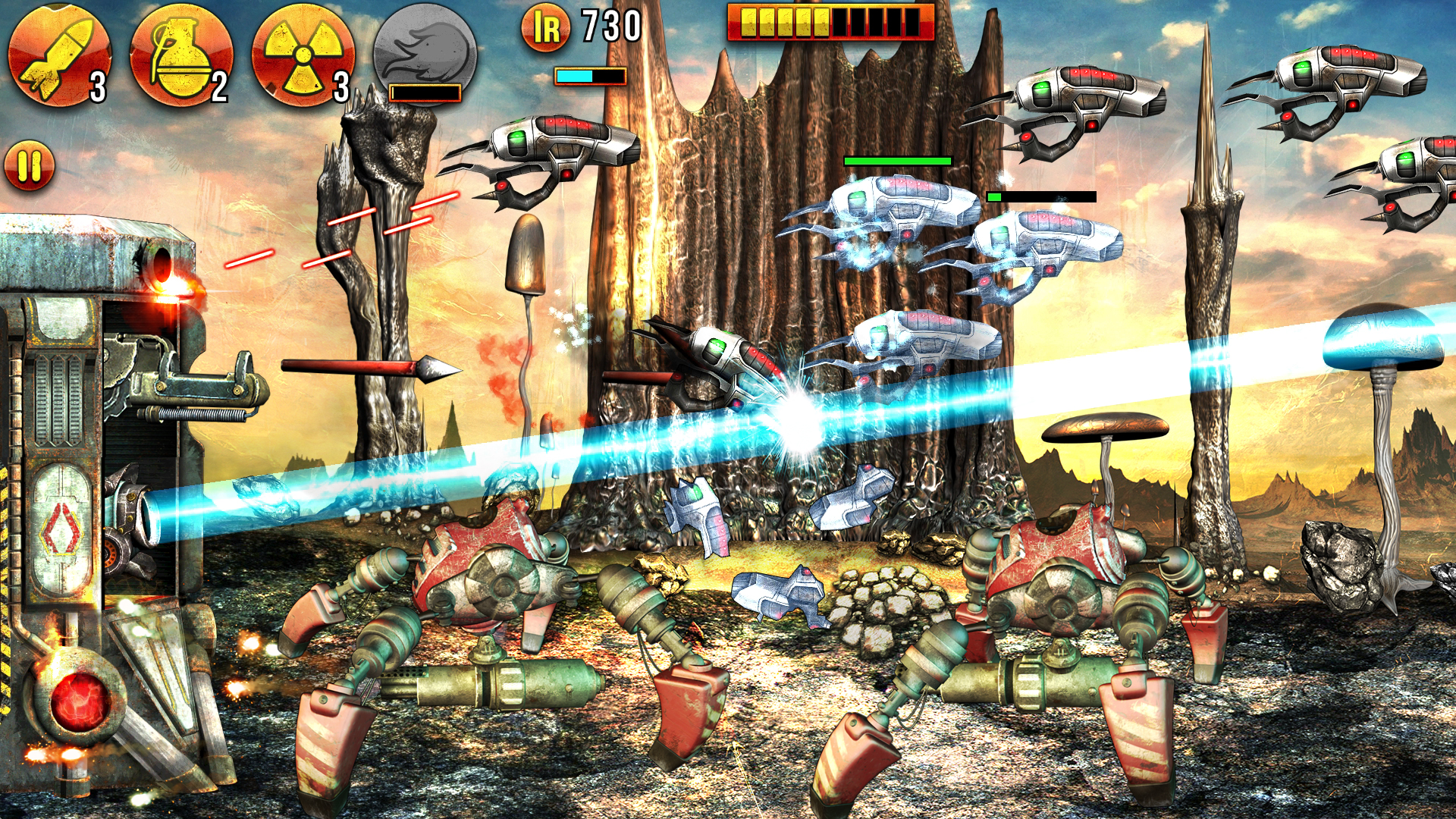 The game features 21 stages with two major boss battles and dozens of enemy hordes. The weapons section is large and items are upgradable.

The style of the game, not so much the graphics, reminds me of mid 1990s shoot ‘em up games. There are lots of bullets flying everywhere. Explosions are happening all over the screen. There is even a snake-like mutant that comes up out of the ground and tries to destroy the turret.

World of Khaos is available on the iPhone, iPad, and iPod touch for $1.99. You can download it in the App Store today.

What do you think of World of Khaos? Let us know in the comments below.