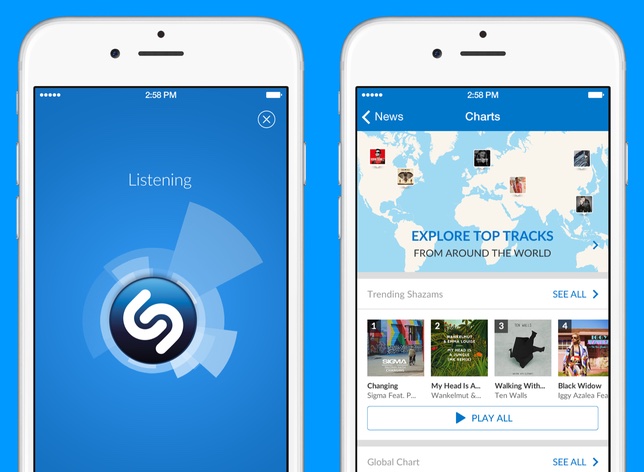 Shazam, a media identification service, on Monday released an update to its iOS application in the App Store.

The enhancements include deeper integration with Spotify and Rdio with the ability to listen to full tracks and rate them with the player, more reliable saving of your Shazams to a dedicated playlist in Spotify or Rdio, consolidated charts and other goodies.

Both the free Shazam 8.3 app for the iPhone and iPad and the $7 Shazam Encore have received these new features in their respective updates.

After authorizing your Rdio or Spotify account with Shazam, you’ll be able to rate songs and listen to full tracks available on Spotify/Rdio, right within the Shazam app.

The app will save identified songs to a ‘My Shazam Tracks’ playlist in Spotify or Rdio, a feature that should now be running smoothly thanks to a few bug fixes.

Lastly, you can now access Global chart, Trending Shazams and more, under the new Charts tab.

Grab Shazam 8.3 for the iPhone and iPad free in the App Store.

The ad-free $7 Shazam Encore premium app is also available with unlimited tagging and other advanced features.