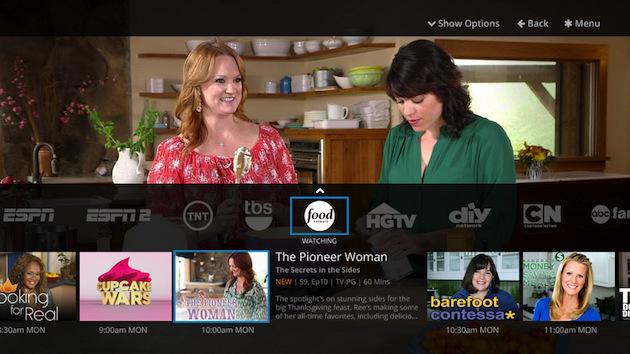 In addition, the service has added AMC to the basic channel lineup so you’ll be able to watch Better Call Saul, Mad Men and Walking Dead, for example.

The over-the-top video service delivers your shows over the Internet. No long-term commitment or cable subscription is required whatsoever to enjoy content.

You can also use your Sling TV credentials to watch ESPN and ESPN2 on the WatchESPN mobile app. This is available at no additional cost to all customers who subscribe to the “Best of Live TV” core package.

Sling TV is accessible via the web, on Mac and Windows PCs, and across a range of mobile devices including iOS/Android phones and tablets, Amazon’s Fire TV and Fire TV Stick, Google’s Nexus Player, Roku players, select smart TVs from LG and Samsung and Microsoft’s Xbox One console.

Additional content packs are available for $5 per month each. Support for Sony’s PlayStation, Google’s Chromecast and possibly even the Apple TV is due at a later stage.

The service collates all live sources under the On Now tab in the mini guide. Though ads cannot be skipped, some live streams such as Scripps’ Food Network can be paused, rewound and watched again after they’ve aired.