Apple’s patent filings are usually more indicative of the company’s aspirations in terms of the technologies they seek to protect rather than possible future products.

With that in mind, The United States Patent & Trademark Office on Tuesday granted Apple an interesting patent on advanced automotive control by linking your iPhone to your vehicle through Bluetooth.

Originally filed in the fourth quarter of 2001, the U.S. Patent No. 8,947,202 titled “Accessing a vehicle using portable devices” outlines a bunch of possibilities achieved by  pairing your iPhone with your car, such as unlocking the doors or a storage compartment, starting the engine, activating the entertainment system, GPS and the car’s dashboard console remotely.

It mentions other possible features, too.

For example, your iPhone could help turn on a vehicle’s passenger compartment lights, adjust its seats, turn on the headlights, open a vehicle’s sun roof or windshield wipers, activate the automatic parking system and built-in wireless communication systems and more. 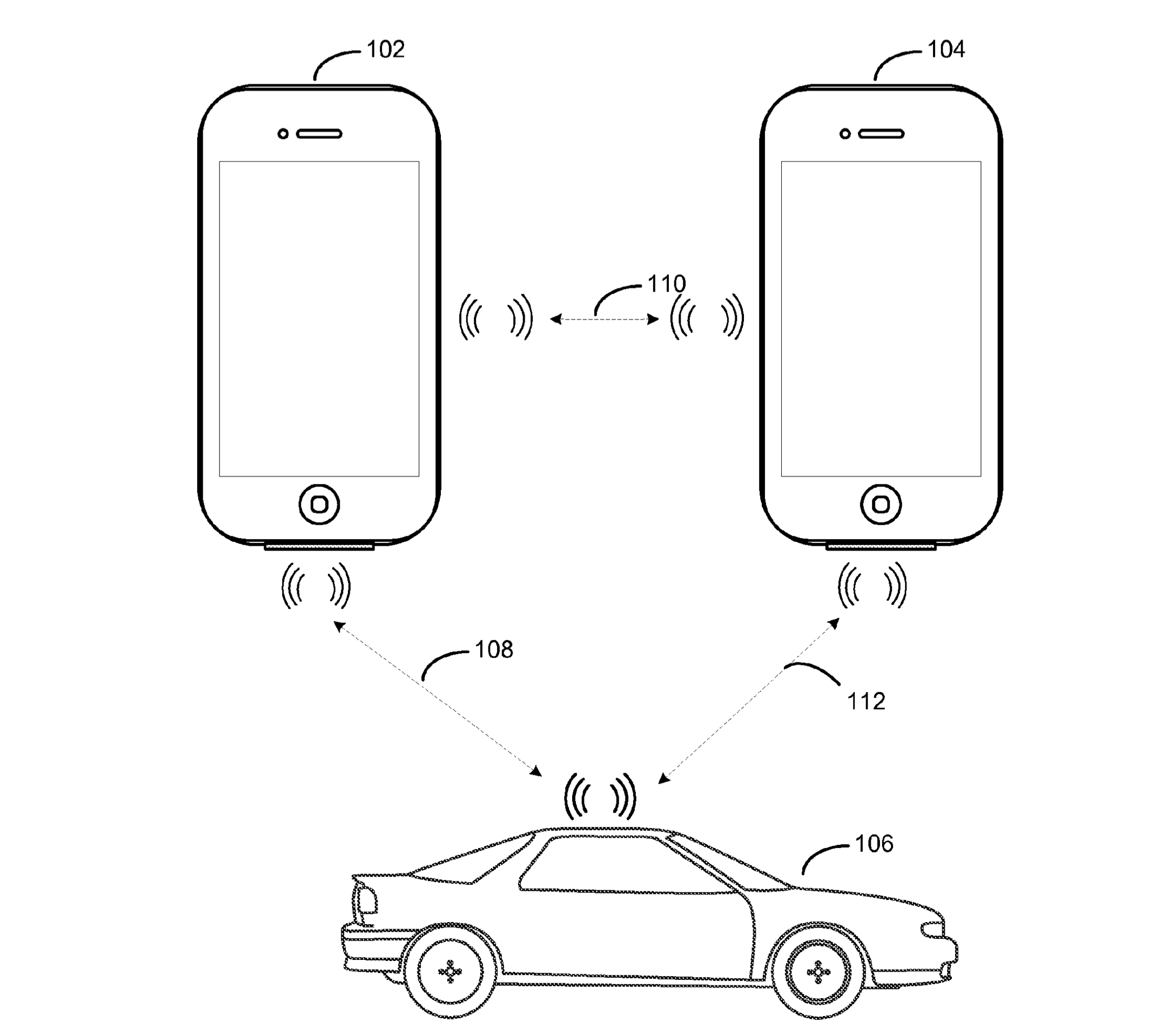 The range of functionalities described above is heavily dependent on the car’s built-in sensors. The patent even details personalizing the in-car environment through your iPhone, including such settings as seat and mirror position, temperature controls and similar.

Your iPhone would need to send access credentials to your vehicle’s sub-system in order to enable these features. Though the document does not mention it, Touch ID would be an ideal fit from the security standpoint.

The connections between devices and the vehicle can be based on a short-range wireless protocol, such as Bluetooth or Bluetooth LE, proposes the document.

A total of 45 Apple patent grants were published today by the USPTO, among them an invention covering electronic devices having displays with openings.

Keep in mind that Apple owns several other patents related to cars.

For instance, one describes using the iPhone’s location services and geo-fencing to automatically heat up your car’s interior when you’re walking up to it.

Another invention combines the touch screen technology found in iPhones and iPads with haptic feedback, allowing drivers to adjust dashboard controls while keeping their eyes on the road.

Oddly enough, the name “Apple Electric Car, Inc.” has surfaced in one of the patents related to a computer system for an electric golf cart, though unrelated to Apple.