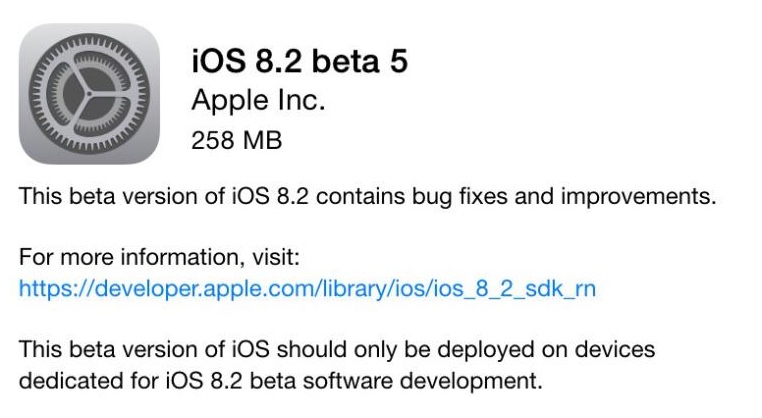 Apple has seeded a new beta build of iOS 8.2 to developers on Tuesday, marking the fifth build of the software.

The new software, build number 12D5480a, is available to download over-the-air and should be available through the Developer Center soon. Apple claims the new beta “contains bug fixes and improvements.”

It also adds Xcode 6.2 beta 5 with WatchKit, which allows developers to start creating applications for the Apple Watch, ahead of its release in April. The new Xcode brings the latest WatchKit tools to developers.

We’ll be tracking any changes the software may bring – and you can help us! Email tips@iDownloadBlog.com with any new changes. More to come.