I currently have two machines running Yosemite: one is a brand new Retina iMac, and the other is an older MacBook Air. Both these machines have been feeling incredibly slow in regards to general animations of the User Interface. One obvious way to test this is to bring up Exposé, which then turns both my Macs into stuttering slugs. While I can kind of understand why my old MacBook Air would behave like this, there is absolutely no excuse for my iMac to. Talking about this issue with someone at the Apple Store, I was offered an original workaround.

For a while, I suspected the problem to be a software one. After all, my brand new iMac should be able to handle basic animations such as Exposé or quick app switching. But after waiting for Apple to fix this issue, it appears users experiencing sluggish UI animations on Yosemite have to resort to a good old workaround, as shared by one chatty Genius. 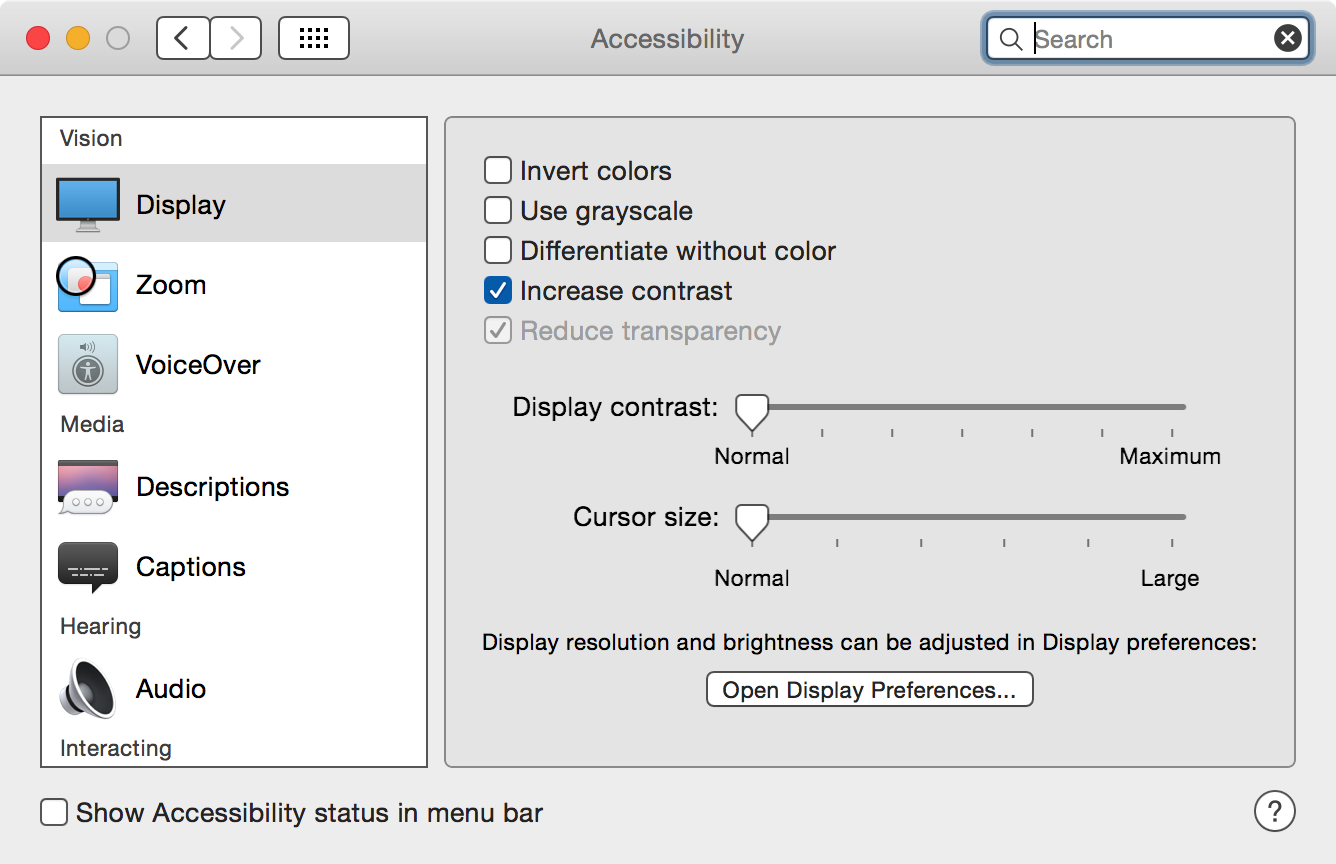 As it turns out, going to  > System Preferences > Accessibility > Display, and ticking the Increase Contrast box does the trick.

Ever since doing this, both my Macs feel snappy again. Of course, you lose some of the transparency effects so dear to Jony Ive and you have to deal with sharp contrasts, but at least you regain those previous milliseconds of productivity you had lost to stuttering. As someone who spends the vast majority of my days at my computer, this is a sacrifice I am willing to make.

All this could be avoided if Apple deemed necessary to fix this issue that has apparently plagued more than one user. In the meantime, I’ll have to live with less transparency and sharper boarders. But again, it’s a small price to pay to have your $3,000 iMac work the way it should.