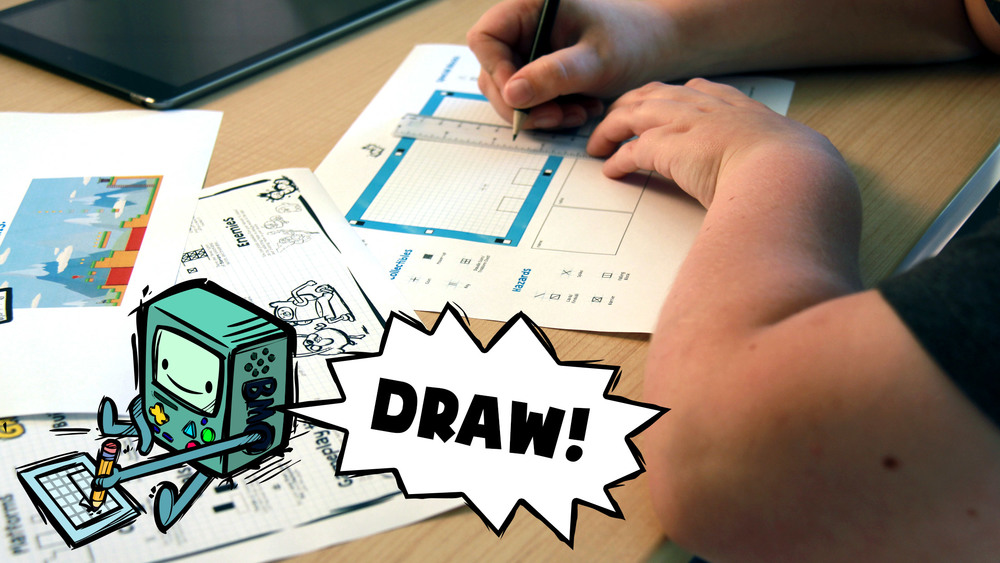 If you’ve ever had a secret wish to be a game designer, you are not alone. Many of us wish we were creative enough to make a game that could bring the world together, but just don’t have the talent or time.

Adventure Time Game Wizard is a platformer based on the popular Cartoon Network series that lets you actually draw your own levels and then import them into the game and play them.

Players can either spend time saving princesses in the Land of Ooo with Jake and Finn, or create their own playable levels using a series of lines, shapes, and icons on graph paper. 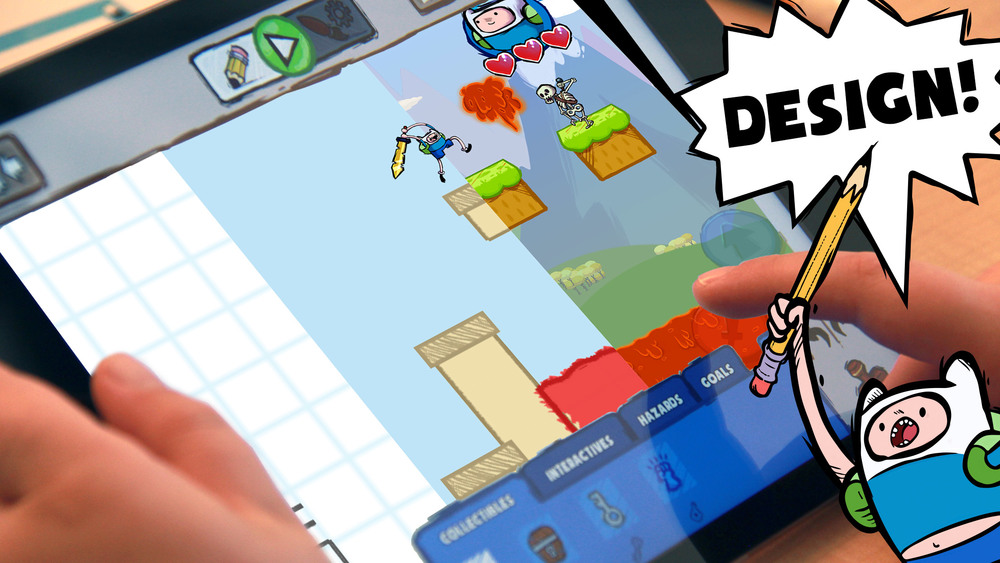 During the basic game, players control the likes of Jake and Finn, but will also unlock additional playable characters like the Ice King and Flame Princess. As a traditional game, players jump from platform to platform, collecting coins and killing baddies. Keep an ear out for a special voice appearance by Weird Al.

When you are ready to manipulate the world to your liking, switch over to the level creator and start building your own platformer. This technology is powered by Pixel Press, creators of the Draw Your Own Video Game App.

Users can download and print out the game’s starter kit, draw levels, and scan the results back into the game. Then, with the magic of computer technology, the sketches are converted into actual, playable levels. 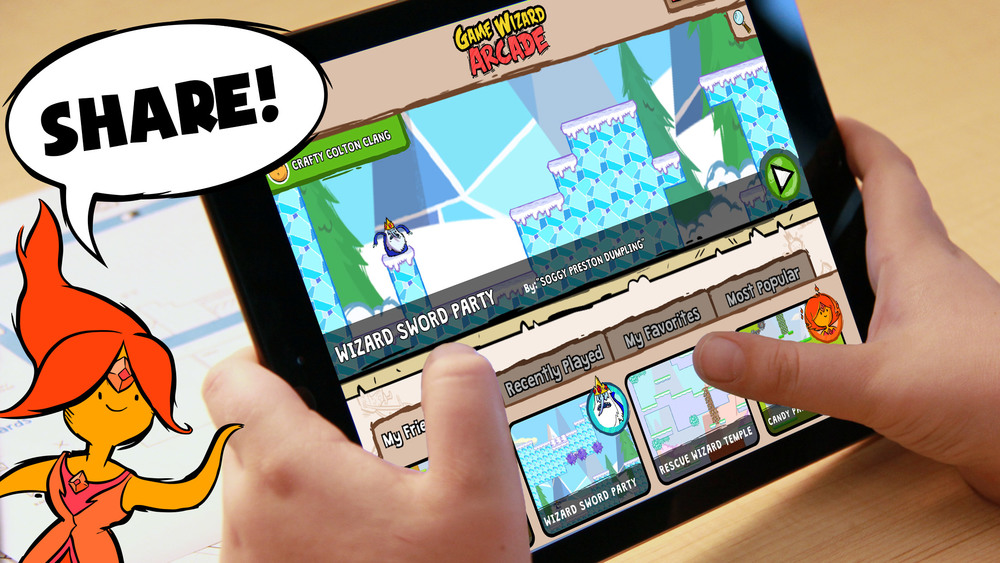 You don’t have to print out and draw your levels on paper. The app comes with a design section that allows you to draw on screen. Users can add symbols, hash marks, fill-ins, and more. The template includes information on what symbol will create which object on the screen when it is converted though the code.

You can also share your levels with other players in the level arcade. Play others’ levels and follow your favorite creators to play every new level they post to the arcade.

Adventure Time Game Wizard is available on the iPhone, iPad, and iPod touch for $4.99. Download it in the App Store today and you’ll be building your own mathematical platform game in no time.