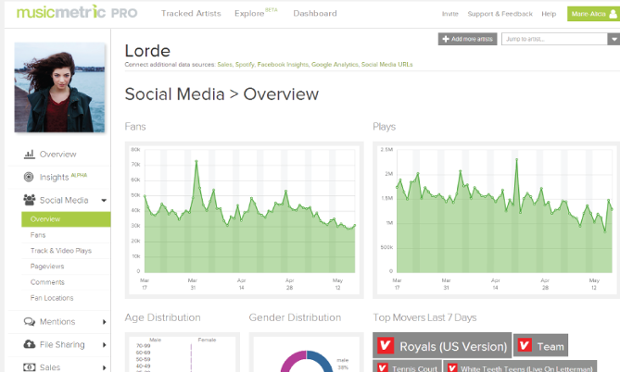 According to The Guardian newspaper Wednesday, Apple has acquired British media analytics firm Semetric ahead of Beats Music relaunch.

It even tracks BitTorrent downloads. The service could become part of Beats Music streaming service relaunch later this year, speculates the report.

Apple’s attorney Gene Levoff was appointed as a director of Semetric in October 2014, the newspaper has discovered.

The Cupertino firm has provided its usual boilerplate response to the acquisition rumor, saying “Apple buys smaller technology companies from time to time, and we generally do not discuss our purpose or plan.”

Semetric recently expanded into other areas, including e-books, television shows, films and games and also has a deal with Spotify to integrate its data into Musicmetric’s dashboard.

“Musicmetric’s dashboard could become Apple’s in-house tool for labels and artists to track their sales and streams within iTunes alongside social networking stats, although whether Spotify and YouTube remain part of its dashboard is unclear,” reads the report.

The story states that Apple plans to undercut Spotify’s $10 per month all-you-can-eat subscription when Beats Music relaunches later in 2015.