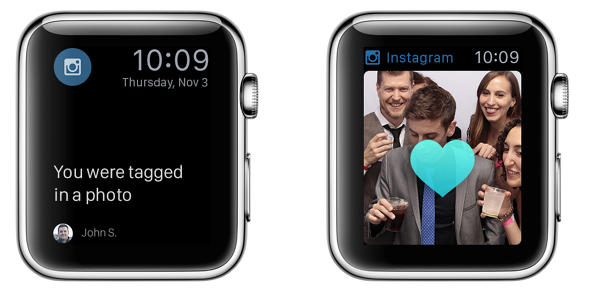 As noted by Fast Company, Digital agency Huge took it upon themselves to imagine what Apple Watch editions of popular apps would look like.

A batch of believable mockups envision apps like Fandango, Foursquare, Google Maps, Chase Bank and more running on the Watch. The authors also offered a few smart suggestions on how such applications might take advantage of the Watch’s unique hardware and software features.

The Instagram concept, shown above, is a no-brainer. Though editing functionality would be out of the question, you should be able to like a photo, swipe through your photo feed, receive alerts and even message your Instagram contacts quite effortlessly.

A more elaborate concept of the Uber app envisions keeping you updated on a car’s location and estimated time of arrival through the Watch’s notifications. “Users will be even more inclined to call an Uber on the watch than on the iPhone,” Hugo posits.

Then there’s Foursquare, another highly popular mobile app, which could offer simple check-in with a tap, suggestions based on your position and time of day and even voice search for places you might like, returning options based on habits and location. “It will be easy to scroll through recommendations using the digital crown,” the authors speculate.

Last but not least, navigation. The rendering below depicts a Google Maps app for the iPhone with haptic feedback for turn-by-turn directions.

“For example, the Watch might use haptic feedback to buzz only on its left side to signal a left turn, or twice to tell you that your companion has stopped,” reads the article. 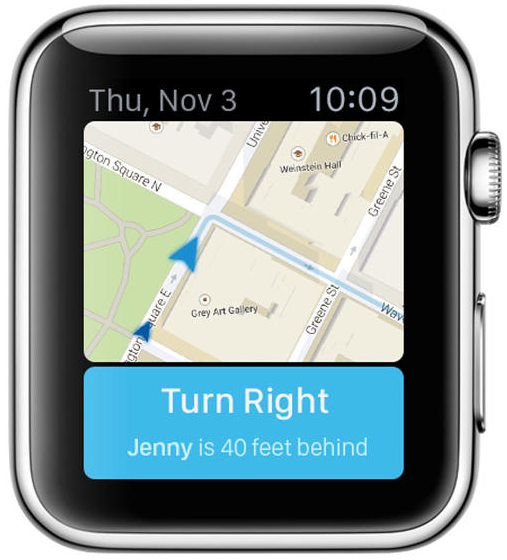 I urge you to visit the source link at the bottom and check out the remaining mockups of other apps like the Chase banking software, Fandango and The New York Times, as well as fantastic usage cases for iBeacons, personal budgeting and finance, to-do lists, sports scores and fantasy leagues and kitchen assistants.

The article specifically mentions the Taptic Engine and voice commands as being key to the creation of Watch-optimized interfaces. The Taptic Engine, the story reads, will provide “more contextual, customizable, and discernible notifications that would replace those on the iPhone.”

Voice commands, it continues, will make simple tasks even more convenient because it’s “faster and easier to raise your wrist and give a voice command than to pick up your phone, unlock it, and then speak”.

And I couldn’t agree more with the closing sentiment that the smartest companies will do more than offer “facsimiles of their existing apps; they’ll create custom experiences that exploit the Watch’s unique interface”.

This makes perfect sense to me. 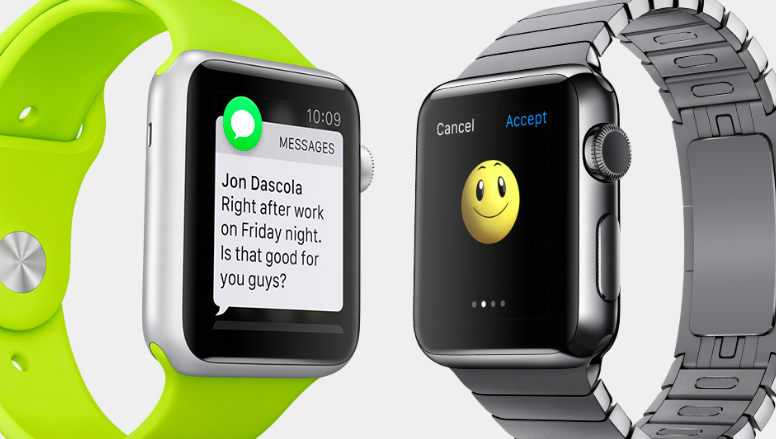 If anything, these mockups prove that virtually any popular iPhone app, given the right approach to user experience design, can be easily adapted to and made functional on Apple’s wrist-worn computer — despite its tiny screen and the interface optimized for just brief interactions.

Apple has said that developers will initially be permitted to create apps, Glances and actionable notifications and take advantage of new technologies such as Force Touch, Digital Crown and Taptic Engine.

As we previously explained, rather that run on the Watch itself, third-party apps will actually run as extensions on your iPhone, with only image assets and a compiled storyboard that shows the flow between views being wirelessly beamed to the Watch.

For a more detailed overview of this app-streaming process, check out the video embedded below in which Curt Clifton of Omni Group talks about developing for the Watch with Apple’s WatchKit.

Such cautionary approach to third-party development is the reason Apple is marketing the Watch as a companion device. And because it requires an iPhone to function, the Watch will initially have limited appeal. Setting up the Watch and managing interactions between it and an iPhone will be realized through a companion iPhone app.

App streaming is only a temporary solution as starting later this year, “developers will be able to create fully native apps for Apple Watch,” Apple’s press release states.

We should get detailed information on native Watch apps, and more, at this summer’s WWDC, an annual conference where developers get their first glimpses of Apple’s upcoming platform technologies.

Apple Watch is likely launching in March and will start at $349.

Source: Fast Company via The Loop