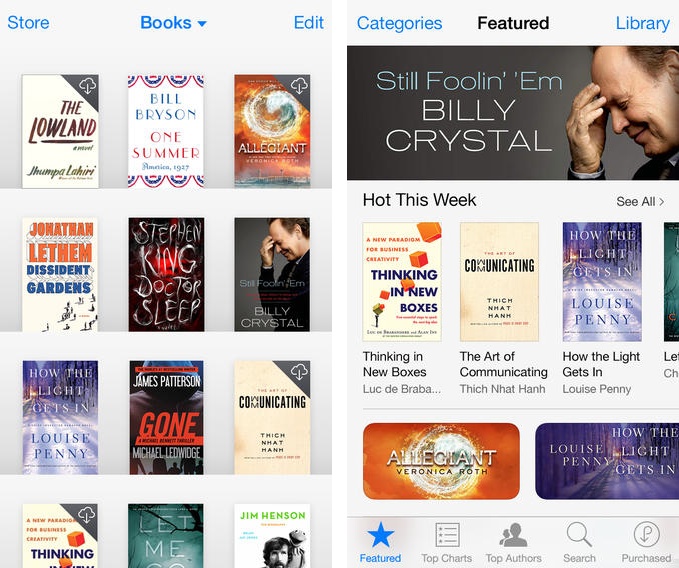 In spite of accusations that it conspired with major U.S. publishers to raise prices of electronic books on its iBooks Store, resulting in a $450 million settlement, the iPhone maker is now adding new iBooks customers at a clip of about one million per week.

This data point, along with many other interesting tidbits related to the state of Apple’s e-publishing efforts, was publicized Thursday on Twitter by Keith Moerer, Apple’s Director of iBooks Store.

Moerer, who appeared at the Digital Book World Conference today to discuss Apple’s e-publishing efforts with iBooks and the iBooks Store, said that the store is growing fastest in the United Kingdom, Germany, France and Japan, while growth in Latin America is slower.

.@iBooks is seeing 1 million new users a week, thanks in no small part to #Apple‘s embedding the platform into iOS 8 #DBW15

Apple imposes no restrictions for free-of-charge self or traditionally published content in the iBooks Store, he said, acknowledging that strong growth should be partially attributed to the fact that iOS 8 bundles iBooks whereas the app was previously a standalone download.

French publishers are selling well into the Canadian market, Moerer revealed. The fastest growing iBooks Store is Japan, he said, a market that carries mainly locally produced language books. It’s curious that ”more of our book sales are coming from phones” as well.

#Apple‘s Moerer: “100% of our merchandising is editorially focused. We accept no co-op payments” at iBooks. #DBW15

He reiterated that Apple does not accept money in exchange for premium placement on the iBooks Store. The company’s editorial team makes its own decisions regarding featured content and they often leverage iTunes customers looking for movies and music to help promote books.

It’s also interesting that iBooks Author, an app designed for textbooks, is being used more by movie and TV producers to create free promotional content. As for the slowdown Apple has seen in other digital media businesses (i.e. music), iBooks is chugging along nicely and the firm is happy with “our place within it.”

Spanish-language publishing ”is starting to become a bigger part of our business in the U.S.” with more foreign publishers moving in. “Indie publishing is one of our biggest growth areas,” he concluded.

By the way Moerer made it clear that Apple “is fully supportive” of the new EPUB3 format for digital books and is seeing more publishers embracing it.

Have you purchased anything on iBooks Store yet or downloaded a free e-reading material like a classic book or one of the free of charge digital textbooks?

I don’t mind paying a bit higher prices on the iBooks Store relative to Amazon because of the more tightly integrated experience on Apple’s platform.

Just the other day, I bought an awesome $15 book about the rise and fall of Yahoo by longtime journalist Nicholas Carlson, titled “Marissa Mayer and the Fight to Save Yahoo!”