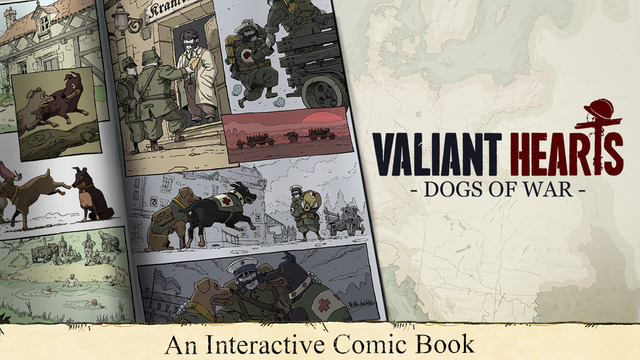 Great news gamers, IGN has named Ubisoft’s ‘Valiant Hearts: The Great War’ its Free Game of the Month for January. The game has a rating of 4.5 out of 5 stars in the App Store, from thousands of reviews, and it typically retails for $4.99.

For those unfamiliar with the title, Valiant Hearts is a popular puzzle adventure game that offers up an engaging storyline and unique mix of puzzle-explore-action gameplay. It first landed on consoles last summer, and then hit iOS in the fall.

The game, which begins in 1914, is inspired by letters written during World War I. Four characters (and one canine) search the battlefield to help a young German soldier find his love in this emotional story about survival, sacrifice and friendship.

Here are some things you can expect from Valiant Hearts:

And here is a video showing what the game looks like in action:

It’s worth mentioning that the game consists of several episodes, and the offer only includes episode 1. Other episodes can be purchased via in-app purchases for $3.99. Regardless, I’d head on over to IGN’s website and pick this up while you can.

Note: IGN says it’s experiencing an issue that prevents some unregistered users from claiming keys. It’s working on the problem, and it should be fixed by Monday.