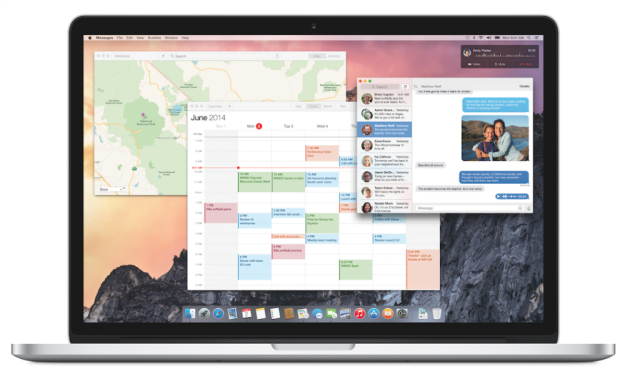 Apple’s model of releasing new versions of OS X for free seems to be working, as analytics vendor Net Applications reports steady growth for the two month old OS X Yosemite. According to the research firm, OS X Yosemite now accounts for 45 percent of all instances of OS X it tracks, closing in on the halfway mark.

Net Applications estimates operating system user share by counting visits to the websites that deploy its metrics package. It was the first time that Yosemite became the most popular OS X edition, according to its research. At the same time in previous years, OS X Mavericks had reached 37 percent user share and Mountain Lion had reached 26 percent.

It’s a bit surprising that Yosemite has reached such high numbers, considering the amount of problems its had in the early days since its launch in October. Users have been seeing issues with Wi-Fi connectivity, trouble booting OS X, excessive Mail trouble, bad battery life, and more.

One reason Yosemite may be so high, is that Apple offered a free beta of the new operating system over the summer for users to try and help iron out bugs. Or, users just really like the free model and wanted the new Yosemite features like Handoff, UI tweaks, and redesigned built-in apps.

Looking for a a quick way to get up to speed on all of OS X Yosemite’s most outstanding features? Our OS X Yosemite Interactive Starter Guide is a visual tool to help you become quickly acclimated with some of Yosemite’s most notable new additions, improvements, and changes.