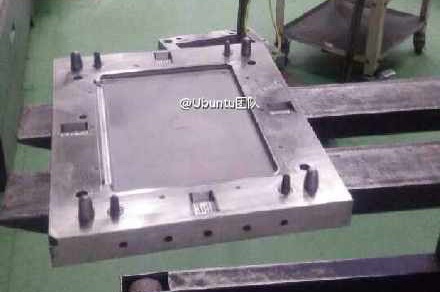 A photograph of a manufacturing mold for the rear shell of an ‘iPad Pro’ was posted Thursday to China’s Weibo microblogging service, indicating that Apple’s ostensibly larger iPad model could be entering mass production pretty soon.

As first reported by MacRumors, it wasn’t immediately clear whether the supposed mold is for an actual iPad Pro shell or for a dummy unit which was posted online back in May 2014.

“Few details can be discerned from the relatively poor quality photo, although it does appear to show faint details that could represent an Apple logo in the center and perhaps a rear camera feature in a corner,” writer Eric Slivka observed. 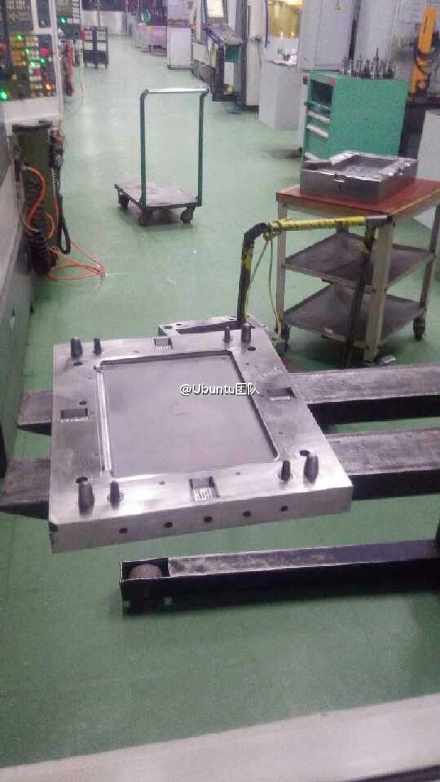 The rumor-mill has mentioned two possible iPad Pro form factors: one with a 12.2-inch screen and a slightly larger device outfitted with a screen measuring 12.9 inches diagonally. And here’s a dummy unit showing an alleged iPad Pro backplate that surfaced on Weibo last May. 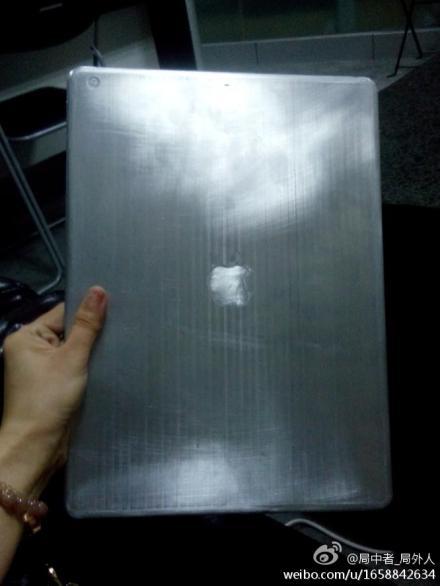 If I were you, I’d take today’s leak with a grain of salt.

That being said, the image certainly appears authentic although there’s no telling for sure that the mold is in fact for Apple’s rumored device and not bound for a tablet by some other vendor.

Earlier this month, a sketch captured by a factory worker at Foxconn claimed to depict an iPad Pro prototype between 6.9 and 7.5mm thick and with four integrated speakers that would make sense for such a large form-factor tablet.

The iPad Pro was reportedly slated for release last Fall but alleged manufacturing issues appear to have pushed back the launch. According to the sometimes accurate KGI Securities analyst Ming-Chi Kuo, the device will arrive in the second quarter of this year.

Are you looking forward to an oversized iPad?