Google on Monday made another effort to take on AirPlay, a wireless media streaming technology from Apple, with the introduction of Google Cast for audio, The Verge is reporting.

Basically an update to the Google Cast SDK, it lets you stream your music from mobile devices to Cast-ready speakers, sound bars and receivers, some of which are already on the way. Cast technology is already used in Chromecast, a $35 HDMI dongle available in 27 countries.

An accompanying Cast SDK allows programmers to create multi-screen experiences which let users send and control content like video from a smartphone, tablet or laptop to a display device such as a large screen television set.

Google says Cast can now stream audio from a selection of popular apps such as Rdio, Pandora, NPR One, Songza, iHeartRadio, Google Play Music and more. Spotify, the world’s most popular music-streaming service, isn’t on board yet.

The feature works with Android phones and tablets, iPhones and iPads with iOS 7.0 or later, Chromebooks and the Chrome browser on Mac and Windows PCs. 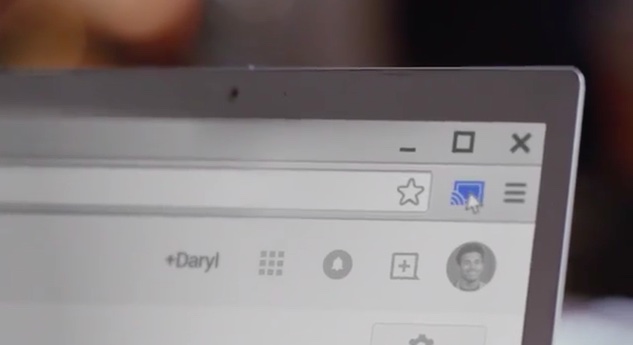 Once you’ve picked a song to cast, you can continue using your phone to do something else without interrupting what’s playing on the speakers or draining your phone’s battery. That’s because Cast tells your speakers to wirelessly stream your music directly from the cloud instead of from your phone.

Google Cast-compatible speakers, sound bars and receivers from Sony, LG and HEOS by Denon will start arriving this Spring in the United States, with more Cast-ready gear from other audio companies coming throughout the year.

Sony and Denon have confirmed to The Verge that users won’t have to choose between the two services as their upcoming wireless speakers will feature support both Google Cast and AirPlay.

Apple’s AirPlay has for years offered similar integration on the hardware level with select makers of wireless speakers and audio accessories. Sadly, Apple’s limited list of launch partners hasn’t expanded beyond the initially featured partners such as Denon, Bowers & Wilkins, JBL and iHome.

Maybe Apple will finally double down on AirPlay now that Chromecast, not the $99 Apple TV, is reportedly becoming the ultimate streaming accessory for many people.