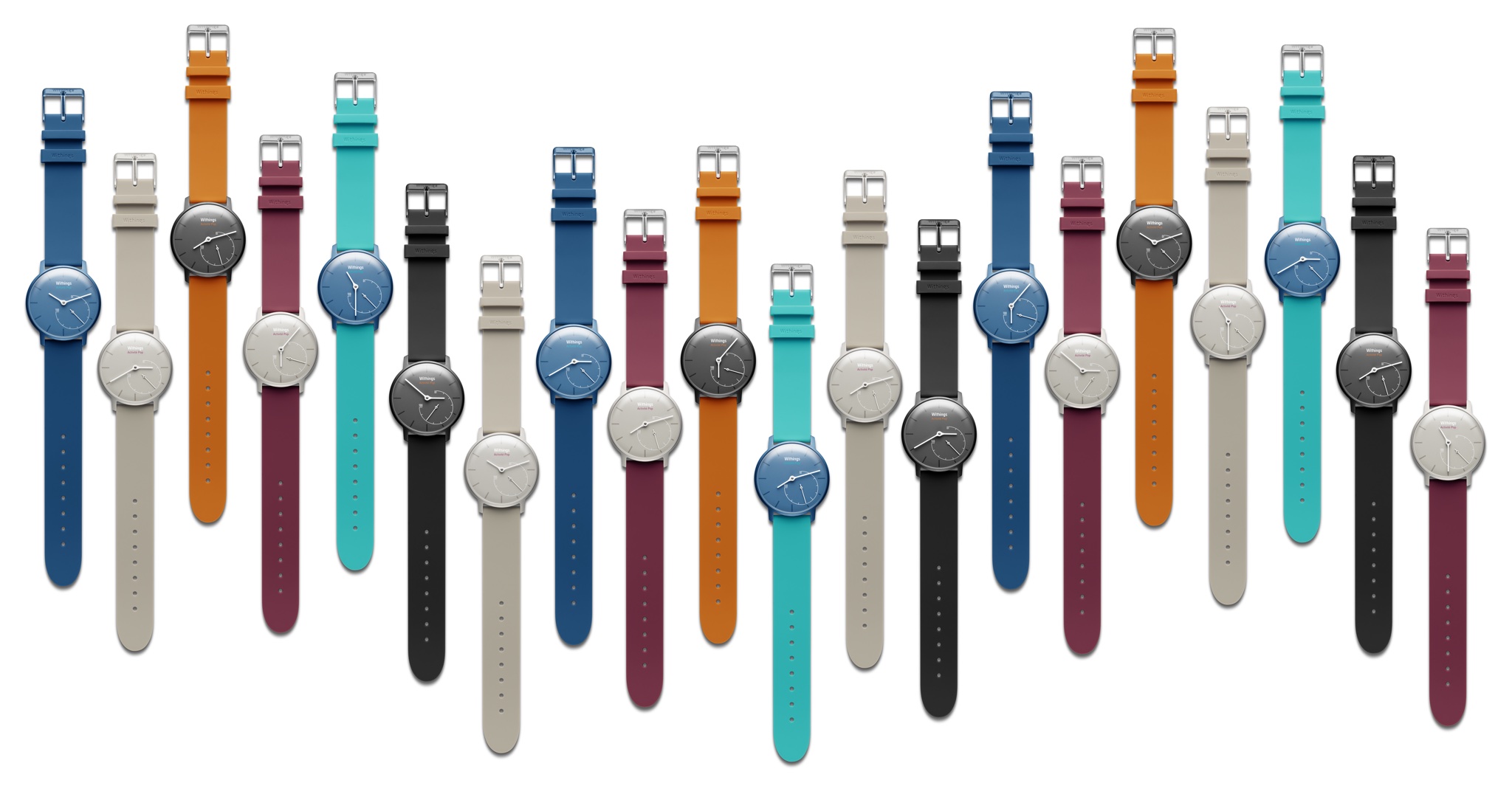 A successor to the Activité watch that Withings unveiled at last year’s CES, the new Activité Pop is available in several vivid colors and features a secondary hand dial to show your progress as determined by the Health Mate companion app.

For instance, setting an activity goal of 10,000 steps in the companion iOS app will move the secondary dial as each step is made. When the goal is achieved, the watch vibrates.

Additionally, the device automatically recognizes and tracks swimming and running and, if worn at night, monitors sleep quality and wakes you up with a gentle vibration.

The primary dial moves automatically when a user crosses time zones or the clock changes. The watch is water resistant up to 30 meters and Withings claims its single standard battery lasts up to eight months on a single charge. 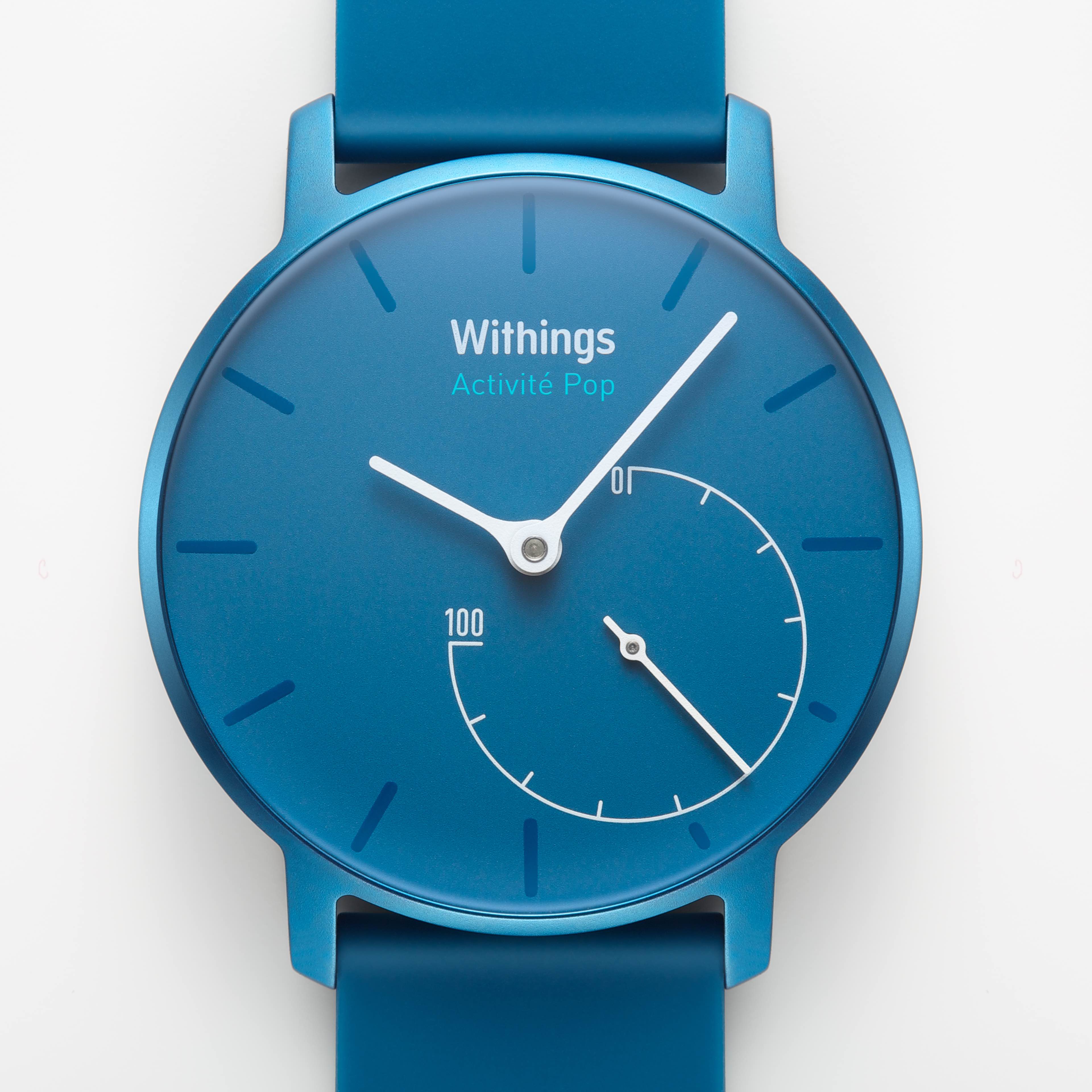 Needless to say, any activity that the watch records syncs automatically with the Health Mate app, which acts as a coach to help you achieve personal goals and includes an interactive leaderboard, personal data insights, smart reminders and achievement badges.

The app makes up for the lack of integration with Apple’s HealthKit by supporting over a hundred partner services ranging from GPS running to food logging and what not.

Provided in three vivid colors — Azure, Shark Grey and Sand — the Activité Pop will be available for purchase starting today at bestbuy.com for $150 a pop and will hit online retailers and Best Buy stores nationwide in March 2015.

At the beginning, the device will only be available for iOS users with an Android compatible version to follow, said the Moulineaux, France headquartered company.