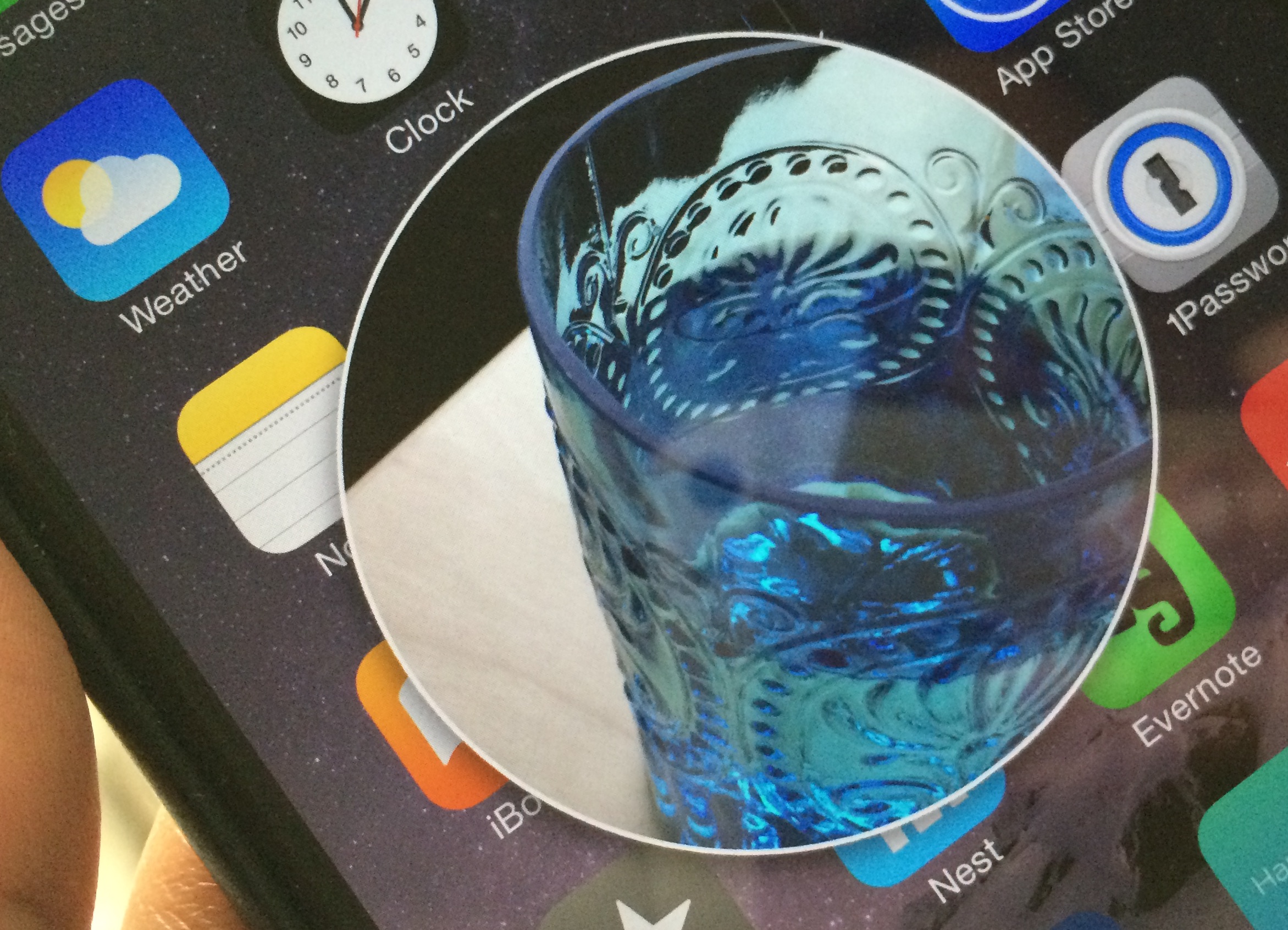 Camrix is an upcoming jailbreak tweak that allows you to compose and take photos and videos from anywhere on your iPhone. The tweak, which is enabled by means of an Activator gesture, places a camera viewfinder overlay on screen that allows you to capture photos and video from the front or rear-facing camera at any time. Needless to say, Camrix is an impressive upcoming tweak that holds lots of promise.

After installing Camrix, you’ll need to configure the tweak via its preference panel in the stock Settings app. The first thing that you’ll need to do is establish an Activator gesture. Like I always tend to do, I used a simple double-tap status bar gesture, but you can use any gesture that works for you.

Once the Activator gesture is configured, you may begin using Camrix. Invoke the tweak via Activator, and you’ll see a round viewfinder appear on screen. The viewfinder can be moved around the screen using a drag gesture, and you can still interface with the content underneath the viewfinder. You can even launch, close, and interact with apps while you use Camrix. It’s a tweak that lends true multitasking ability to the iPhone’s camera interface. 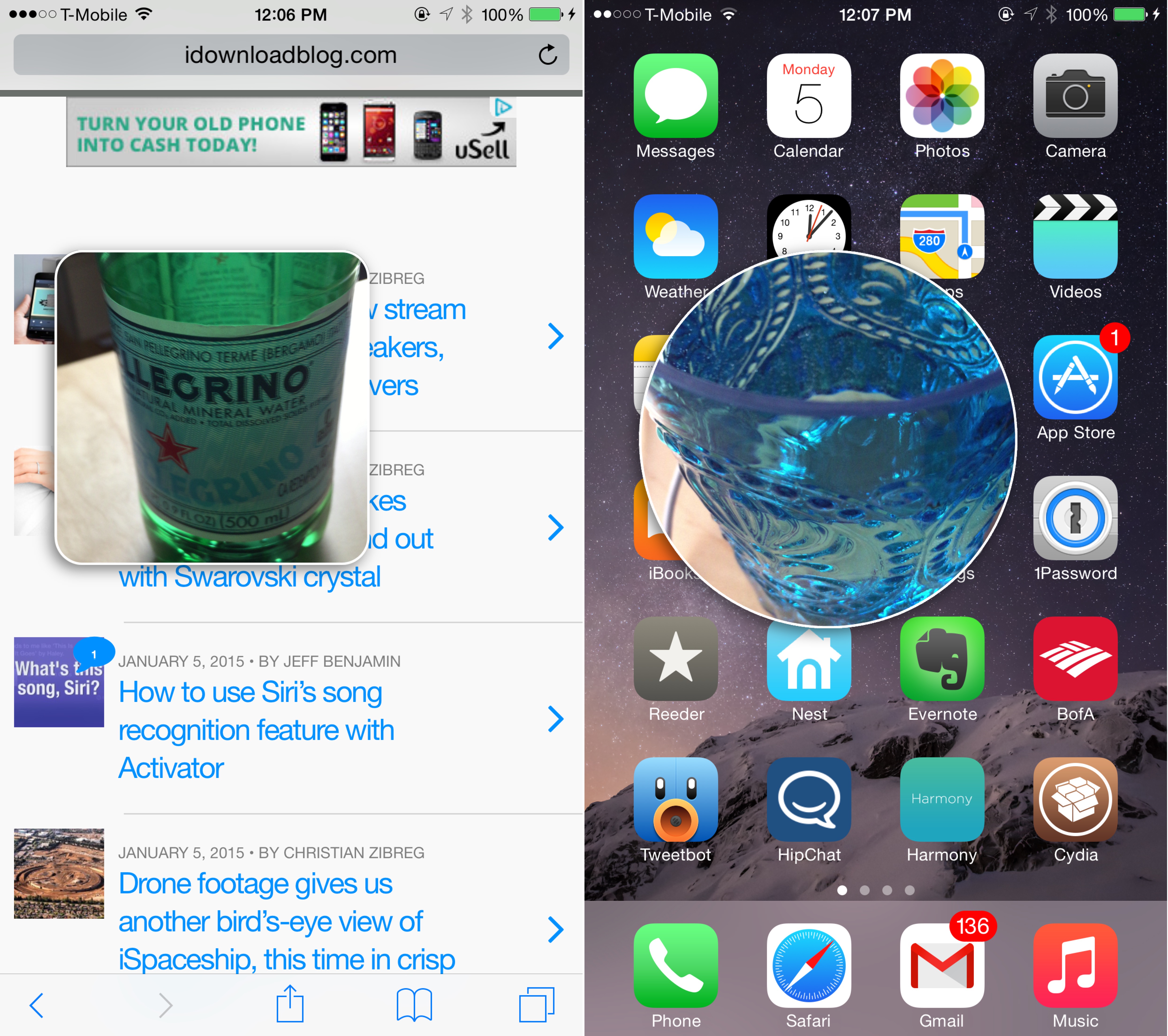 Since there are no buttons associated with the Camrix viewfinder, you’ll need to use gesture to take photos, switch between the front and rear-facing camera, and capture video. Fortunately, the gestures used make sense and come naturally. For example, to take a video, simply tap and hold on the viewfinder; the viewfinder’s border will turn red to indicate that a video is now in progress. Or, you can use a two finger tap gesture to switch between the cameras. The most used gesture, the gesture to take a photo, is just a single tap gesture on the viewfinder. 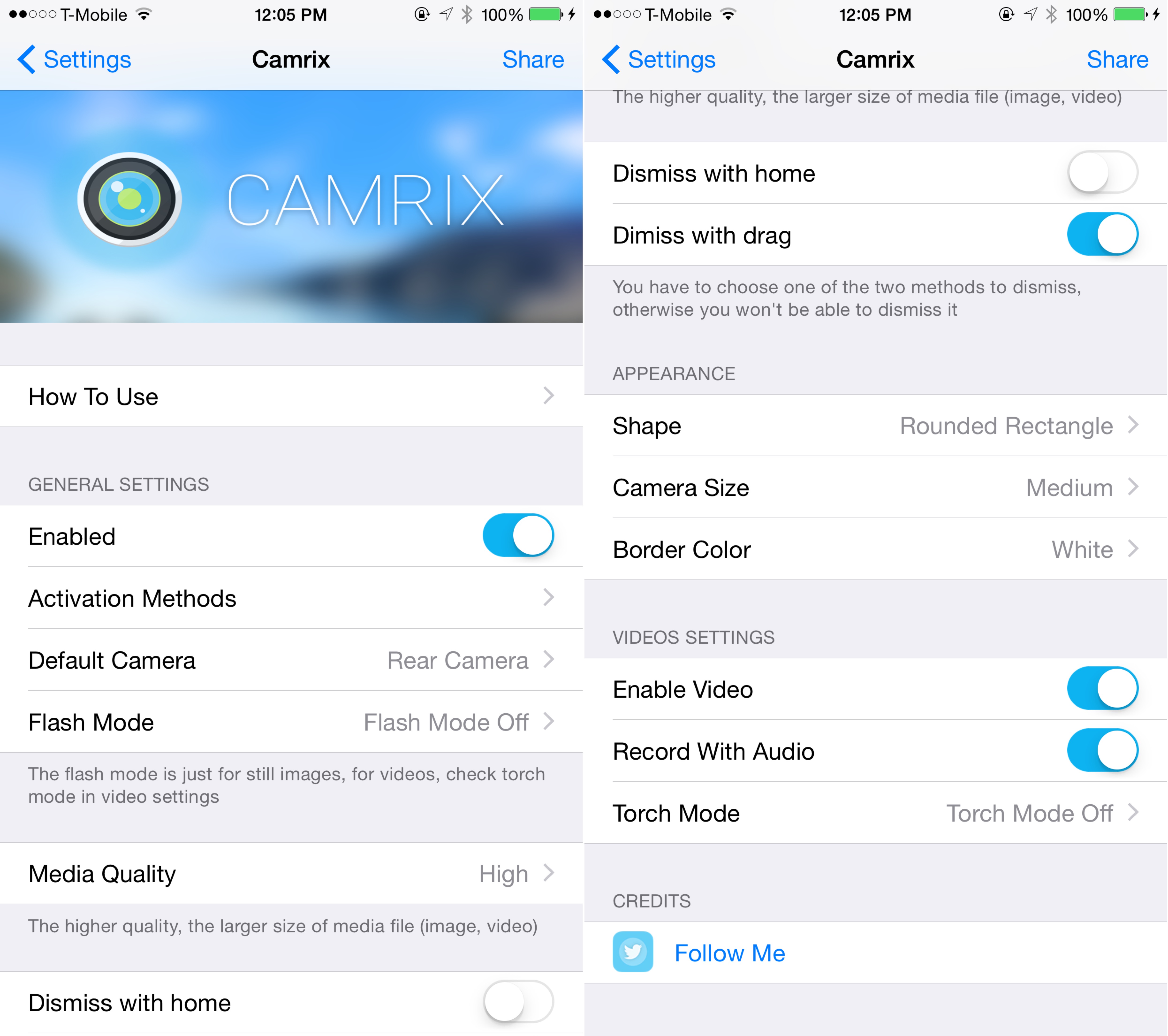 Inside of Camrix’s preferences, you’ll find many opportunities to customize the look and feel of the interface. Under the appearance heading, you can change the shape of the viewfinder, size of the camera, and border color. You can also do things like adjust media quality, flash mode, and set the default camera (rear or front-facing).

To dismiss Camrix, you can use the Home button or drag the interface down towards the bottom of the screen and release while it’s hovering over the ‘x’ icon. This, too, can be customized within the tweak’s preferences.