Mobile analytics firm Flurry is out with its December Christmas week research, like it does every year, and one thing is extremely evident – Santa loves Apple. The iPhone accounted for 51 percent of new device activations from December 19th to December 25th, putting a pretty good beating on Samsung, who only accounted for 18 percent.

“In the week leading up to Christmas, 13% of new device activations were phablets compared to just 4% in 2013. In fact, the iPhone 6 Plus was one of the top 5 devices Flurry saw activated for Christmas; the iPhone 6 was number one,” the research firm reported. 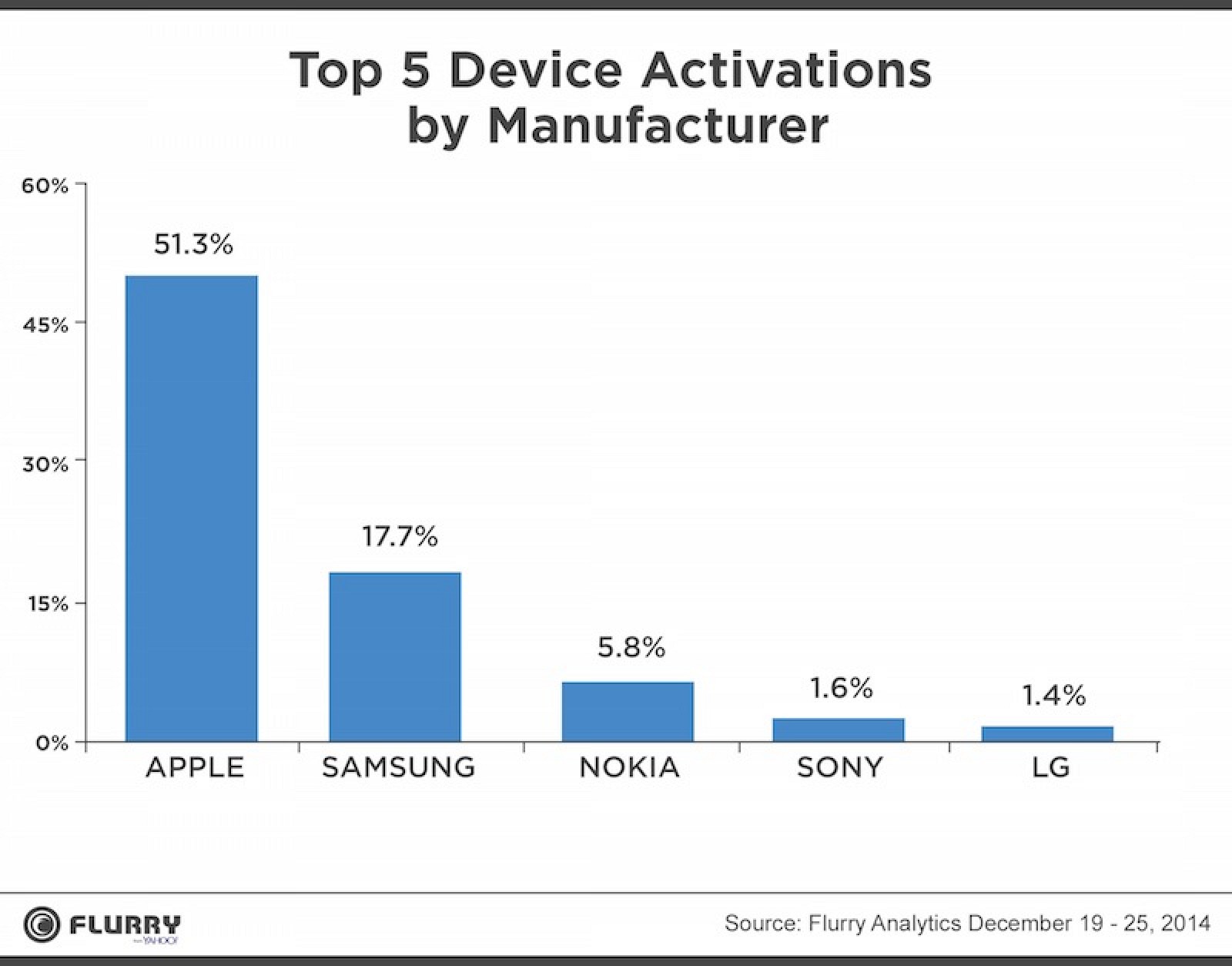 It looks like Apple may have had another blockbuster holiday quarter, despite electronics spending being weak this holiday season, according to MasterCard.

As expected, Christmas day triggered a record number of app installs, as customers turned on their devices for the first time and wanted to populate them with apps.

Flurry tracked 2.5x the number of app installs as compared to an average day in the first three weeks of December. Games and messaging apps saw the highest increase in app installs on Christmas Day as we sought entertainment and connection with friends and family.

Flurry complies its data from more than 600,000 tracked apps.