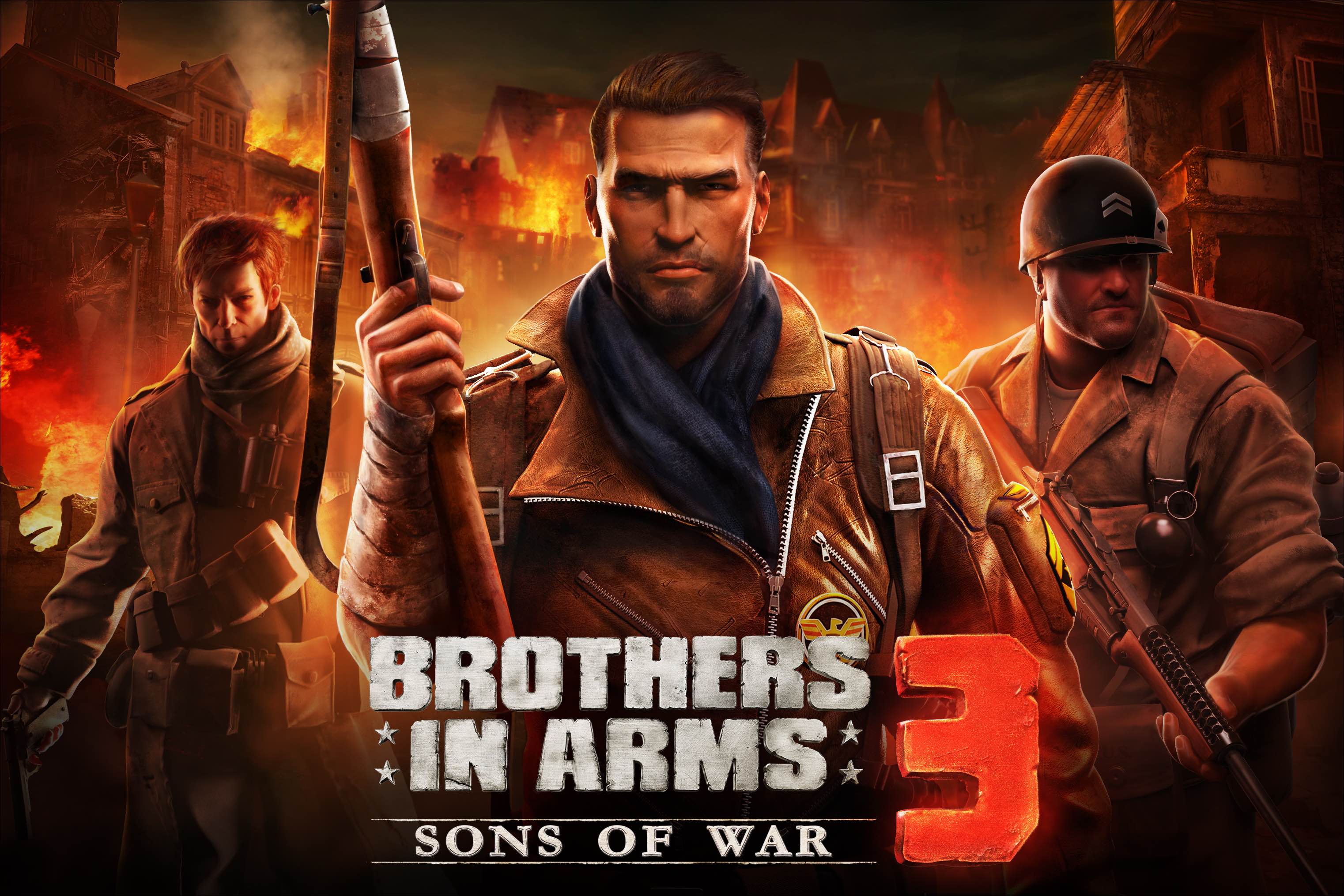 Announced back in June, Gameloft’s Brothers in Arms 3: Sons of War has arrived today in the App Store. A free-to-play download for the iPhone and iPad, this sequel to Gameloft’s World War 2 series is packed to the gills with blood-pumping action and eye-candy visuals.

Your brothers in arms posses a range of special abilities that, if used appropriately, can easily make all the difference in the heat of battle. Players can improve their squadmates’ skills to fight back against the enemy, upgrade their weapons and more.

There are eight chapters of missions to progress through, ranging from a free movement attack based and area defense based missions to static based missions with only sniping and stealth missions that require you to complete objectives while avoiding enemy detection. 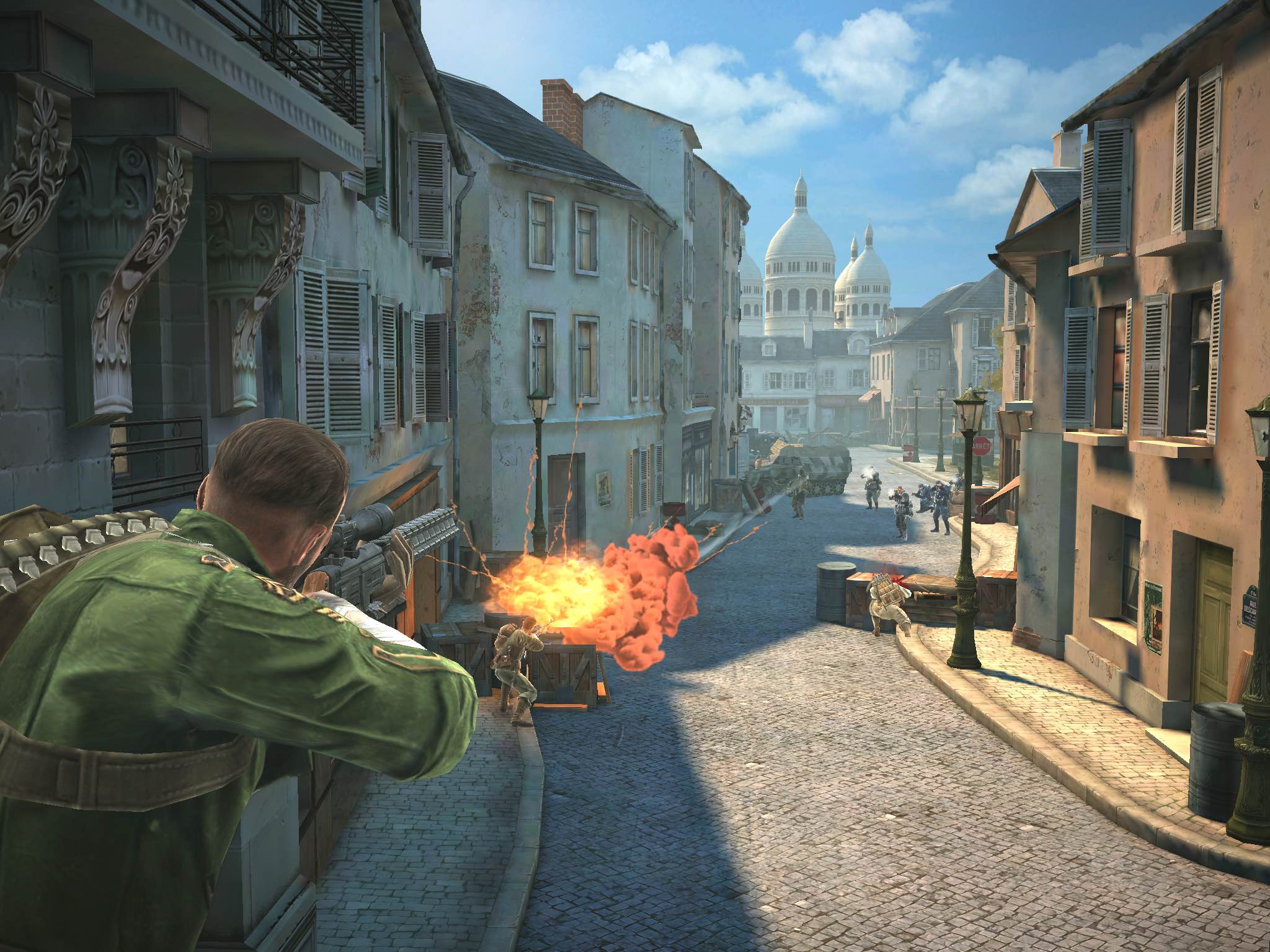 A mix of free movement and cover gameplay, Sons of War lets you move between covers to protect yourself from enemy fire and plan your next attack and use the D-pad to freely advance to strategic locations or attack head-on. 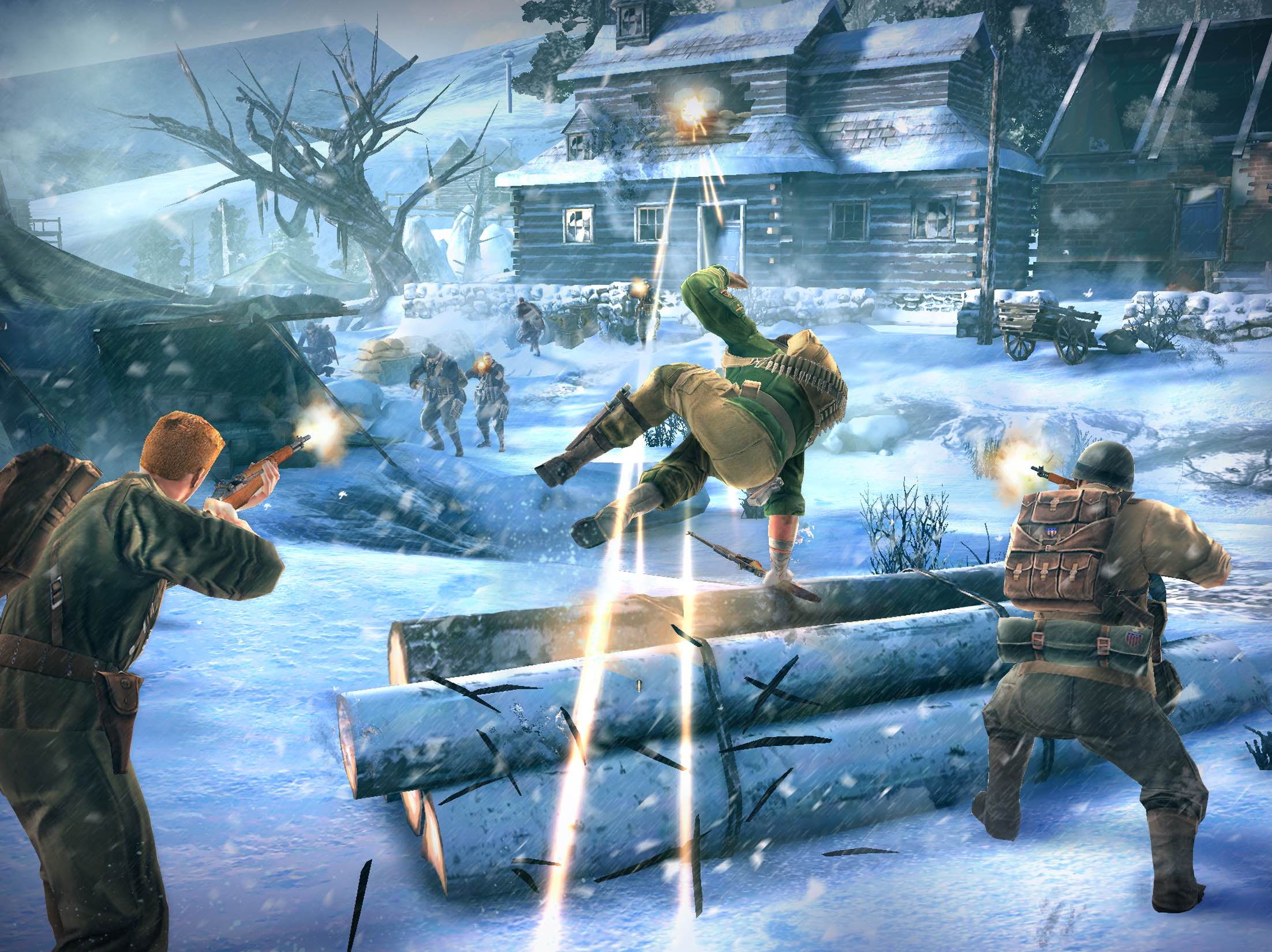 Your team counts twelve brothers, but you’ll need to strategically choose which brother to take on each mission. Moreover, each brother has his own unique ability and four stats to upgrade.

To expand your skill, take on additional RAID, Commando and Blueprint missions. As the iPad screenshots attest, highly detailed graphics and lush scenery will pump blood through your veins. 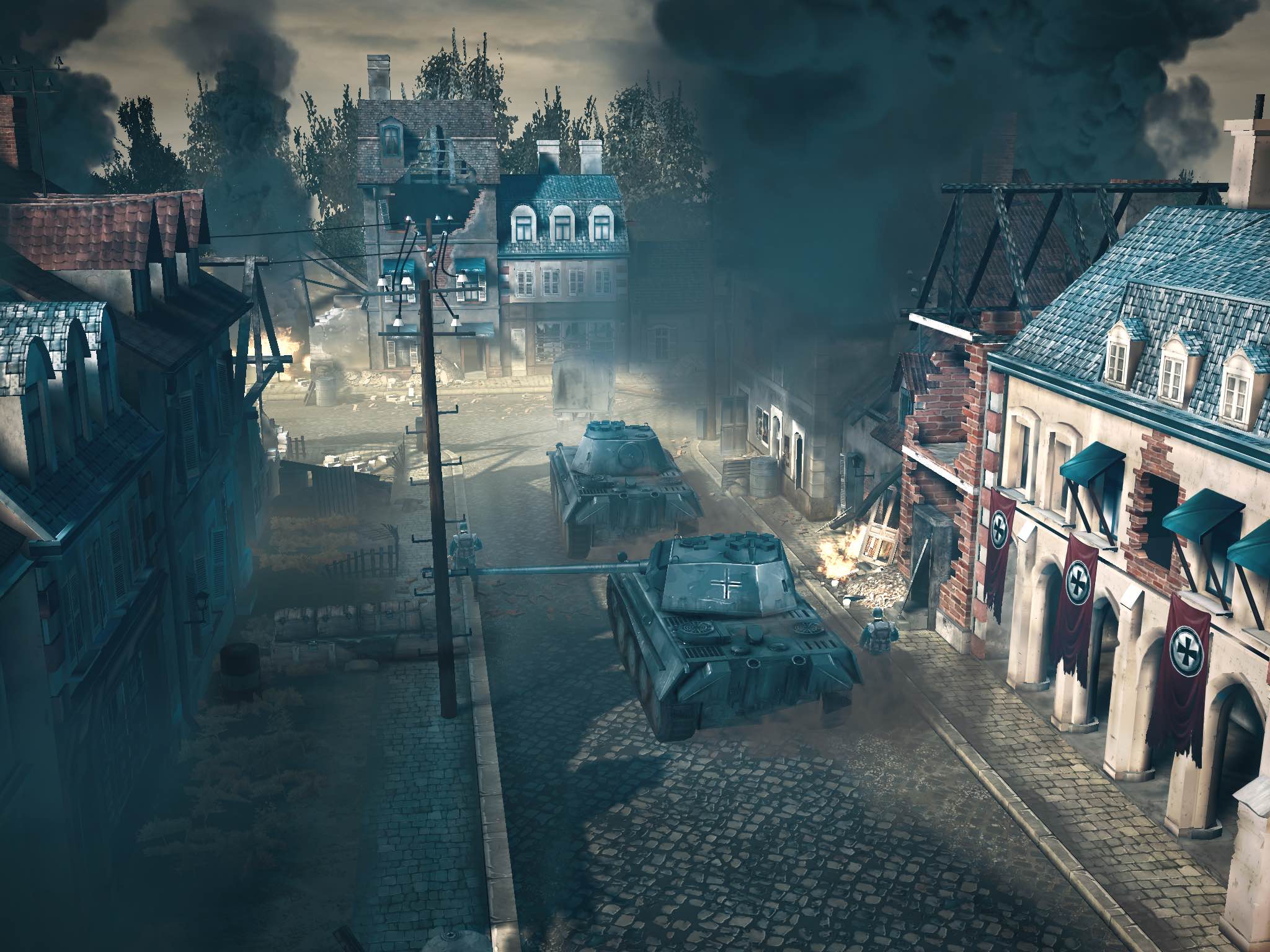 WW2 settings include battlegrounds from France to Italy, with simulated time of day and weather variations unfolding before your very own eyes as you progress through the story. 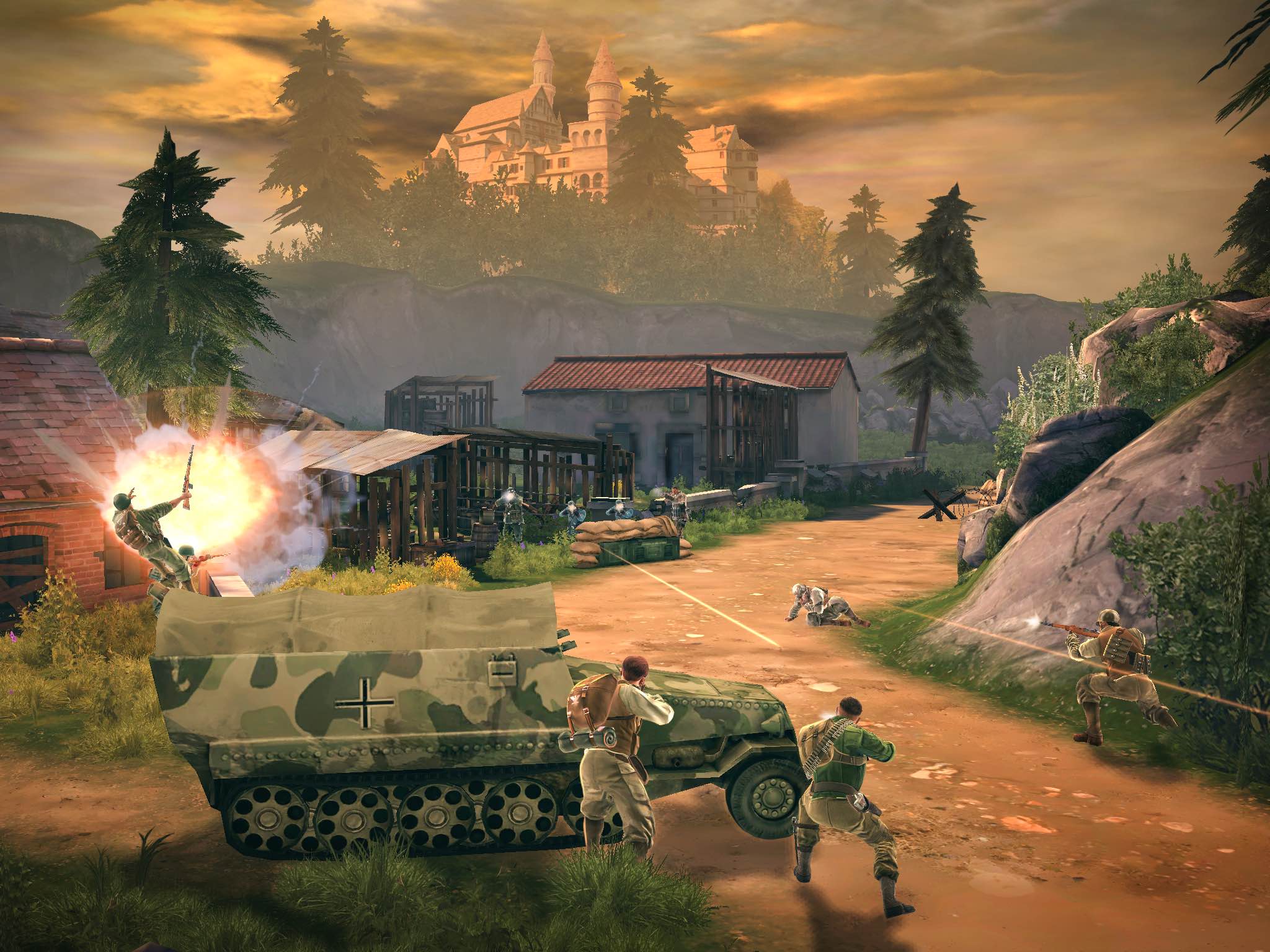 Folks who are really adamant about collecting all of the cool rewards will want to take on the demanding Ladder Challenge mode.

Ladder Challenge has you playing a series of consecutive missions to receive a reward at the end of your streak that’s proportional to the number of missions you completed. 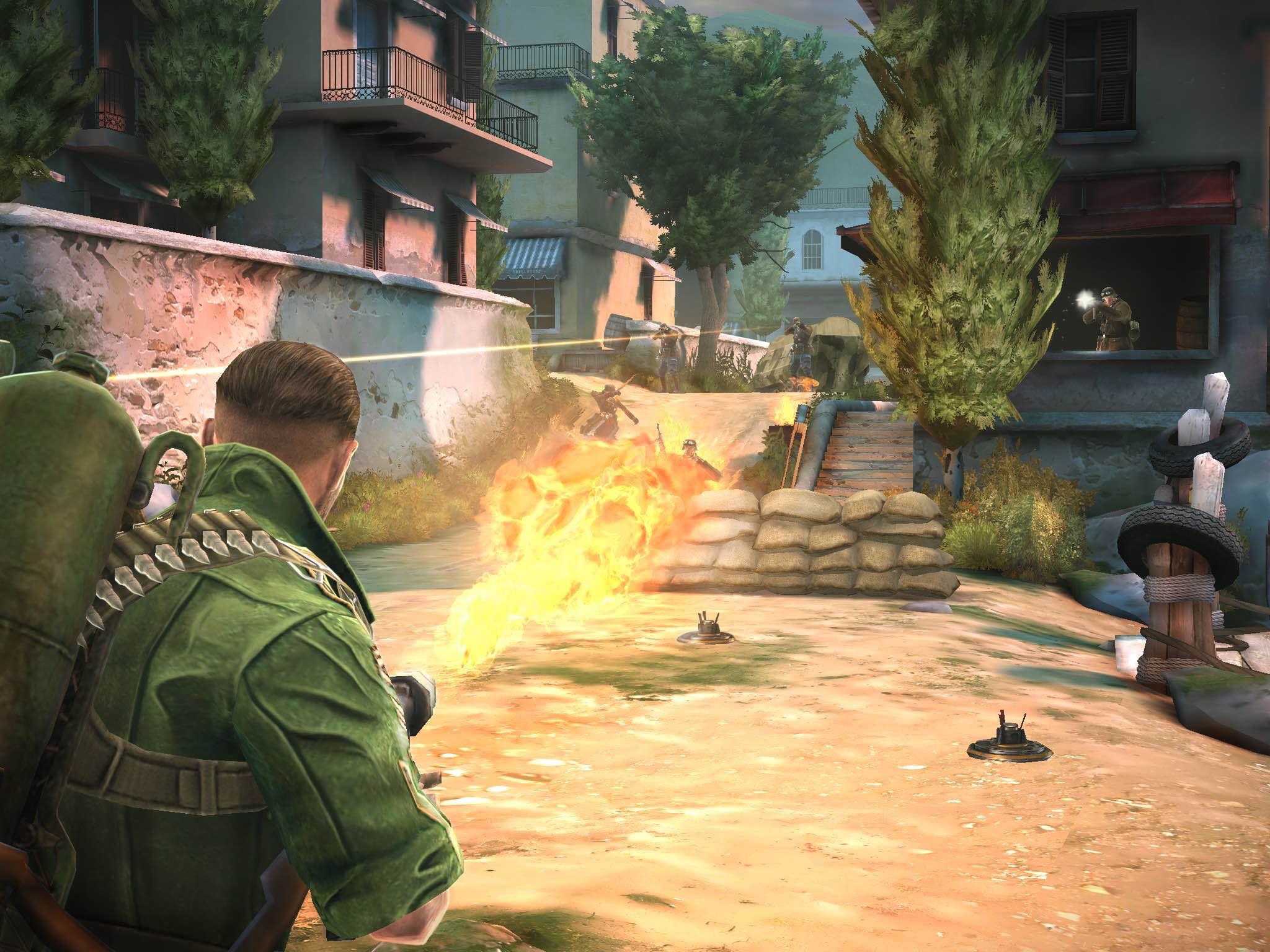 As a rule of thumb, the more missions you complete, the higher chance to get better rewards. Catch 22: if you fail one mission, you’ll need to start over at the beginning.

All told, the game packs in eighteen historical weapons split into four classes: rifle, SMG, assault and sniper weapon classes. Each weapon has four upgradeable stats to boost its power and capabilities. 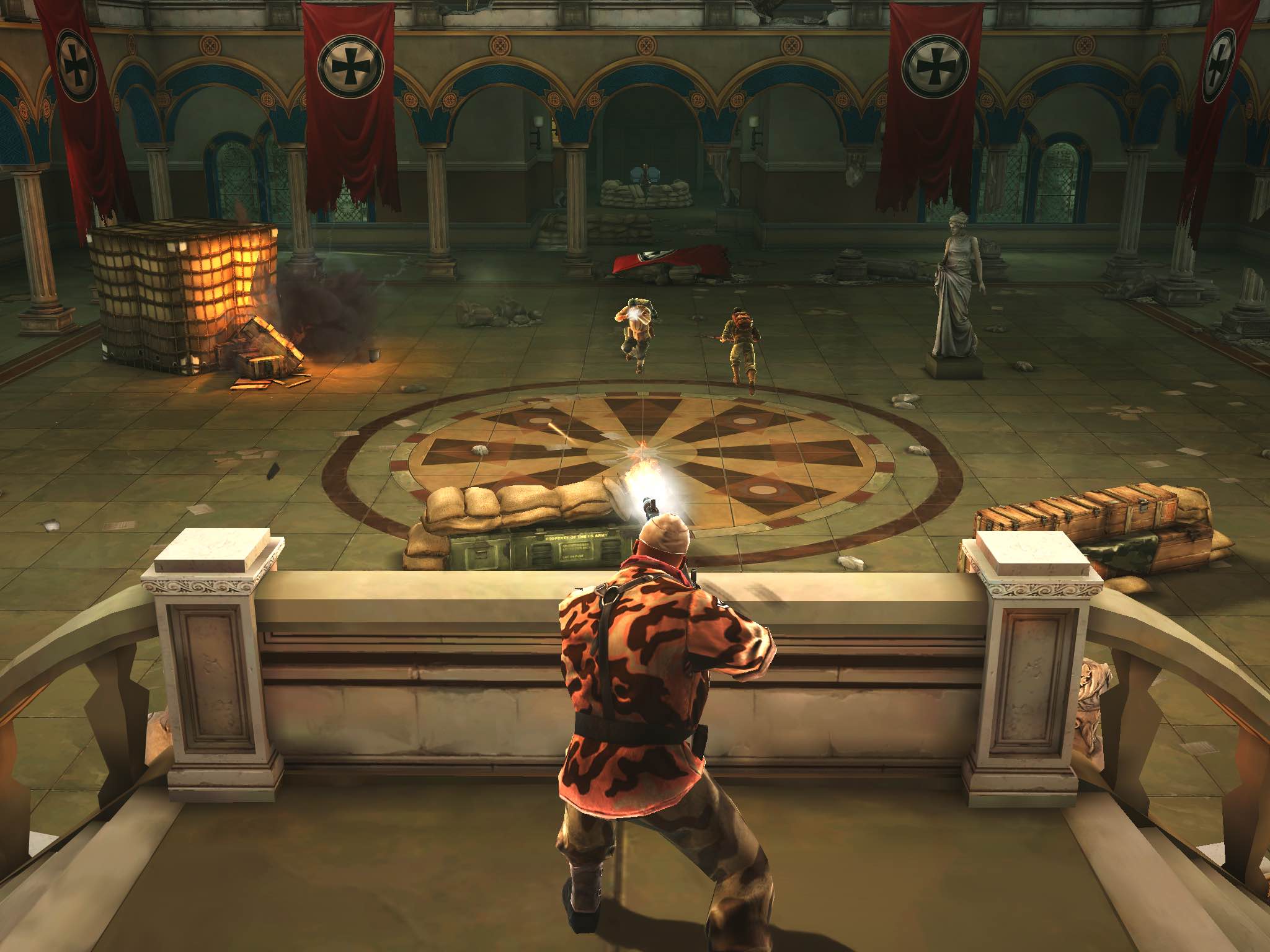 As if that wasn’t enough, there are eight new experimental weapons that have various abilities such as infinite bullets, triple bullets, electric shot and so forth.

Brothers in Arms 3: Sons of War has cross-platform leaderboards so players from both iOS and Android can fight together on the event leaderboards. 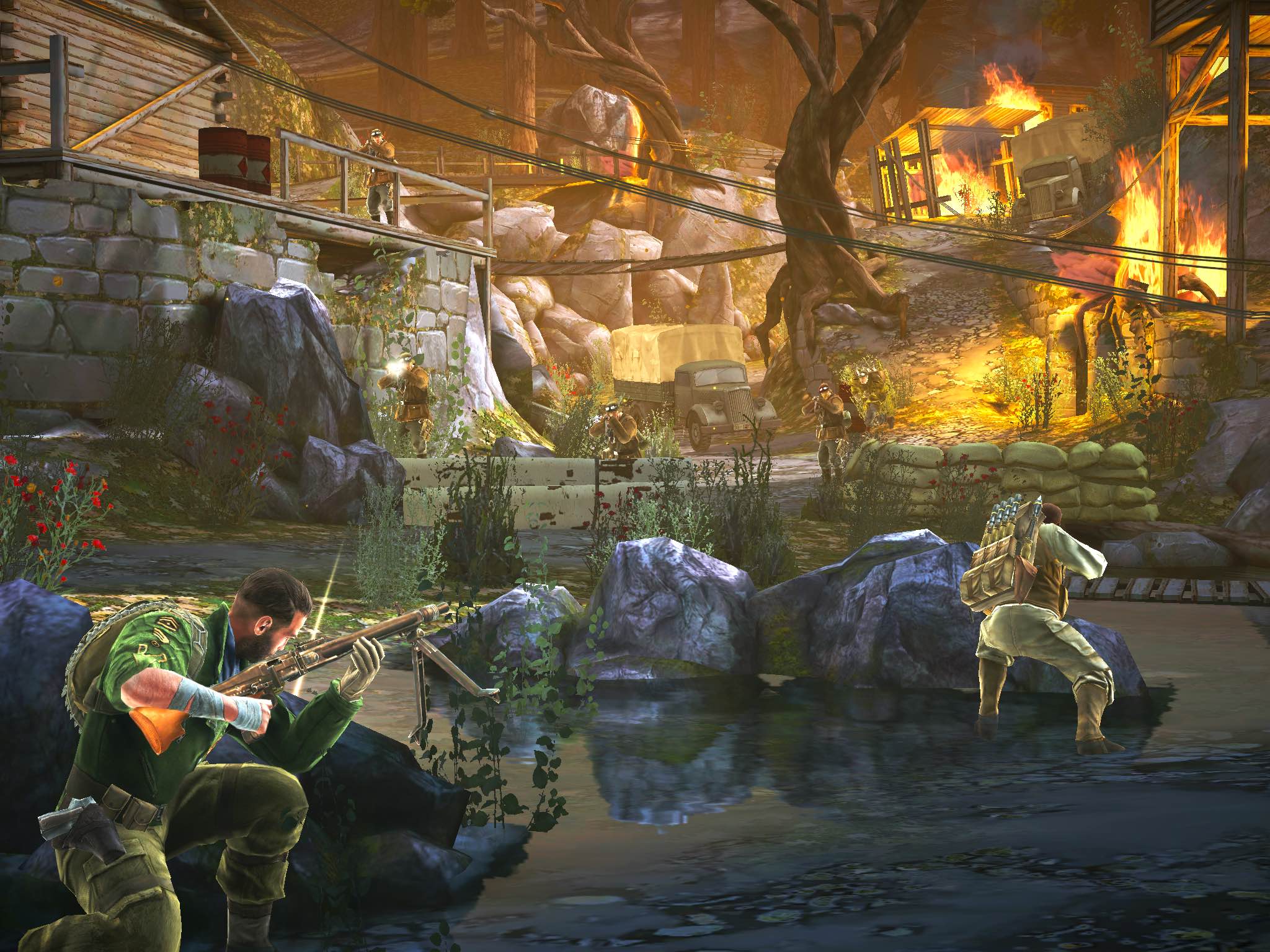 The installer weighs in at 482 megabytes. Due to graphics-intensive gameplay, Sons of War requires an iPad 2 or newer, iPhone 4s or newer or fifth-generation iPod touch.

Grab Brothers in Arms 3: Sons of War free in the App Store.