Sprint just had a pretty bad day, sending its stock down 5 percent after some troubling news. The Wall Street Journal reports an FCC official confirmed the regulatory body is preparing to fine Sprint, the nation’s third-largest mobile carrier, a record $105 million after allegations it charged consumers for unwanted text message alerts and other services.

During the FCC’s probe from August to October 2013, it received 35,000 complaints from consumers in regards to the unwanted charges that stemmed from text message alerts, horoscopes, sports scores, ring tones and other unwanted services. It has become known as carrier “cramming”.

Sprint isn’t the only mobile carrier to take part in “cramming”, as the the nation’s second-largest carrier AT&T recently settled with the FCC for $105 million in October – the same amount the FCC wants from Sprint. T-Mobile is also being sued for bogus services.

It’s not clear if Sprint is currently in settlement talks with the FCC, as neither the regulatory body nor the mobile carrier have offered a statement regarding the allegations first reported by the National Journal. If the fine is given final approval – likely, after it was for AT&T – consumers that think they’ve been overcharged by Sprint would be eligible for compensation.

In other Sprint news, the mobile carrier announced on Tuesday it’s ending the sponsorship of NASCAR’s premier Cup Series it has held since 2004. It will not extend its NASCAR sponsorship when the current agreement expires in 2016.

“As we look to the future, Sprint is focused on investing in maintaining a competitive edge and providing consumers with the best value in wireless,”Steve Gaffney, Vice President of Marketing for Sprint, said. “Sprint has long benefited from the unprecedented level of brand integration available in NASCAR, and the passionate fan base that is the most loyal in sports. Without question, the NASCAR sponsorship property has been a valuable investment for us and will be for our successor.”

Sprint’s stock was down 5.93 percent on Tuesday, following the FCC and Nascar news and a broader market selloff.

A chart released by Business Insider Intelligence on Tuesday showed how close fourth-largest mobile carrier T-Mobile is on closing in on Sprint’s marketshare. 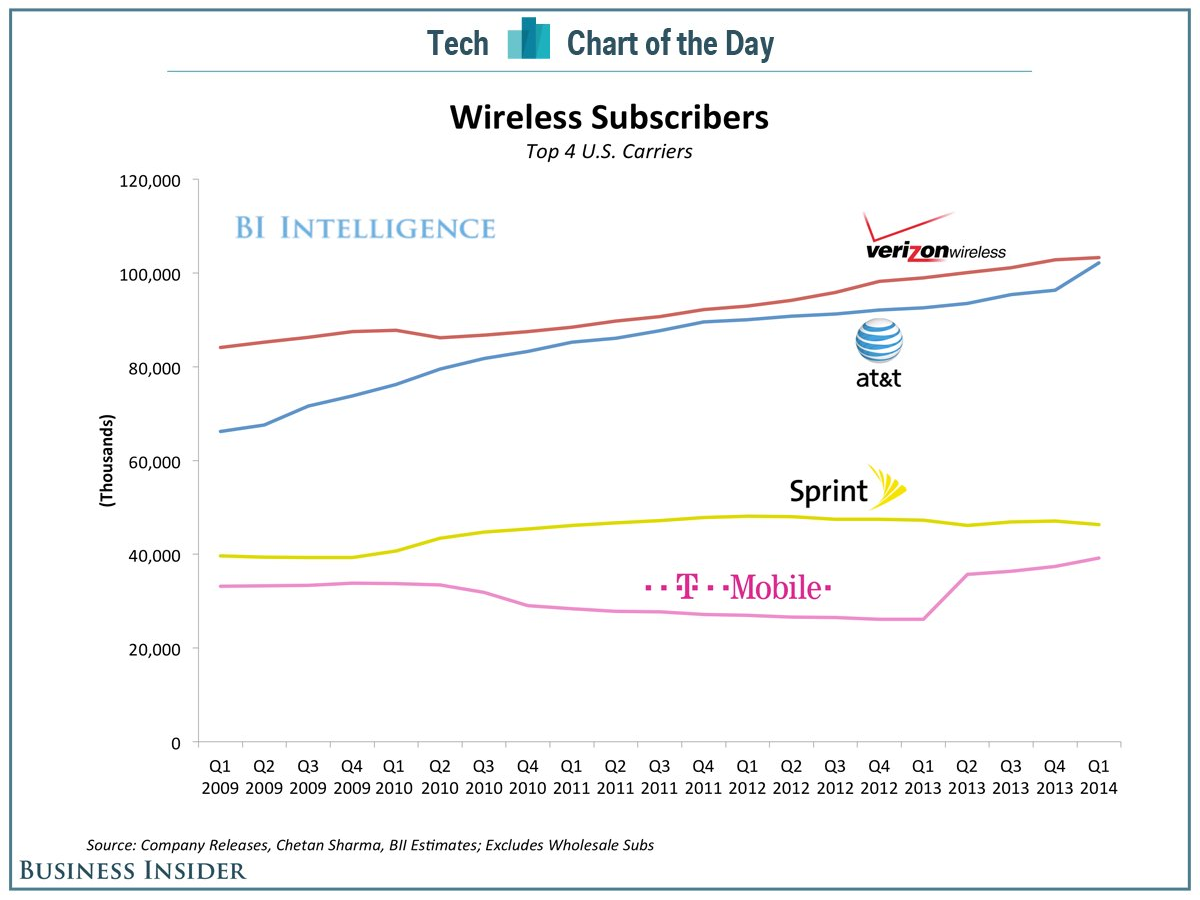