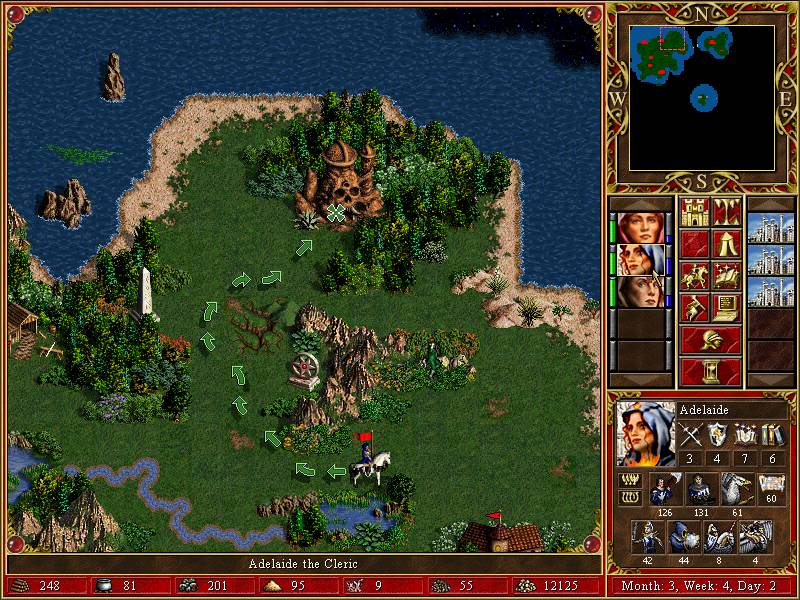 The classic PC game, Heroes of Might & Magic III, is coming to the iPad next month, French games maker Ubisoft confirmed Wednesday.

The fantasy turn-based strategy game has you controlling a bunch of heroes that command an army of creatures inspired by myth and legend.

As you may have guessed, it’s been optimized for the 21st century gameplay with updated Retina graphics, touch controls and more.

Fully titled Heroes of Might & Magic III HD Edition: The Restoration of Erathia, the game follows the story of Queen Catherine Ironfist on the quest to unite her ravaged homeland and re-conquer the kingdom of Erathia.

It contains seven campaign scenarios and 50 skirmish maps and even has a local multiplayer mode and a map editor!

Your heroes can explore the land, seek artifacts, find treasure, lead their armies into battle and what not. Adding up to the strategy element, towns also have armies garrisoned for their defense.

Moreover, you can learn new magic spells in towns, recruit new heroes, trade items and also conquer towns or develop your own ones to provide yourself with offensive, defensive and logistical advantages.

Check out the teaser trailer below:

The premium release will be hitting iOS (iPad only), Android and Windows platforms on January 29, 2015.

The third installment of the Heroes of Might and Magic series, the game was originally developed by Jon Van Caneghem through New World Computing. It was released for Microsoft Windows by the 3DO Company in February 1999 and later ported to several computer and console systems.