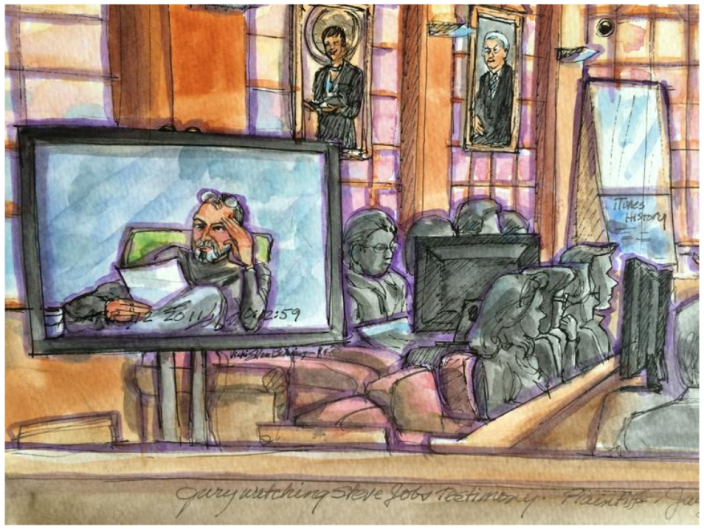 A videotaped deposition of Steve Jobs, recorded in 2011 shortly before his passing and played during the iPod class-action lawsuit, could be made public if news organizations such as The Associated Press, CNN and Bloomberg succeed in proving that releasing the two-hour video is in public interest, CNET reported Tuesday.

And boy would it be interesting to watch Jobs make a series of snarky comments. Asked whether he had heard of Real Networks, Apple’s late co-founder asked “Do they still exist?” All told, he responded 74 times with “I don’t remember,” “I don’t know” or “I don’t recall.”

Lawyers representing The Associated Press, Bloomberg and CNN filed a motion with the court to have the footage released. As you could imagine, Apple is battling reporters tooth and nail to prevent the two-hour video from going public.

Lawyers representing the aforementioned news organizations cited “the substantial public interest in the rare posthumous appearance of Steve Jobs in this trial” in their filing Monday to argue that there “simply is no interest that justifies restricting the public’s access to his video deposition.”

“Apple does not consent to your request,” a lawyer representing Apple argued.

The material is being treated as live testimony and has not been sealed yet so there’s some hope that it might be released for public consumption. I’m not a lawyer, but the full transcript of Jobs’ deposition has already been posted online so I don’t think preventing the likes of CNN, Bloomberg and The Associated Press from broadcasting it makes a lot of sense.

Apple is on the hook for deleting songs on users’ iPods purchased through rival music stores. The company through the mouth of its online and services chief, Eddy Cue, insisted that its agreements with record labels contractually obliged it to plug any holes in its FairPlay digital-rights management system that software like Real Networks’ Harmony repeatedly exploited.

Turning a blind eye to these hacks would have risked losing access to labels’ catalogue, Cue said. It would have degraded user experience as well and broken Apple’s vertically integrated ecosystem comprised of the iPod hardware, iTunes syncing software and the iTunes Music Store.

“There are lots of hackers trying to hack into these things so that they can do things that would put us in noncompliance with the contracts we have with the music companies,” Jobs said.