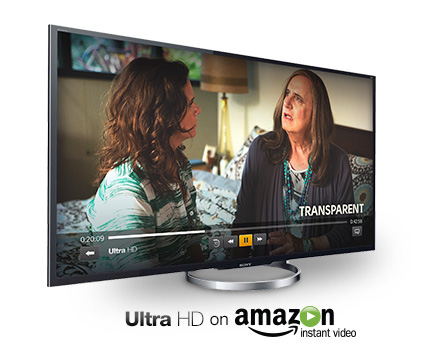 These Ultra HD movies and TV shows are accessible through the Amazon Instant Video app on compatible Ultra HD smart TVs, including models from LG, Samsung and Sony, with more added next year.

The online retail giant did not say when Prime customers can expect to stream 4K content through mobile Instant Video apps.

Some Amazon original content is available for 4K streaming, too, including Alpha House and Transparent and Orphan Black. 4K streaming is available to the $99 per year Prime subscribers at no additional cost.

4K downloads from Sony Pictures are available starting at $19.99 for a one-time purchase.

4K content has four times the number of pixels as standard full HD (1,920×1,080), thereby offering four times greater picture clarity and detail. In terms of numbers, 4K utilizes displays with an aspect ratio of at least 16:9 and renders video at a resolution of 3,840 x 2,160 pixels, or 8.3 million pixels.