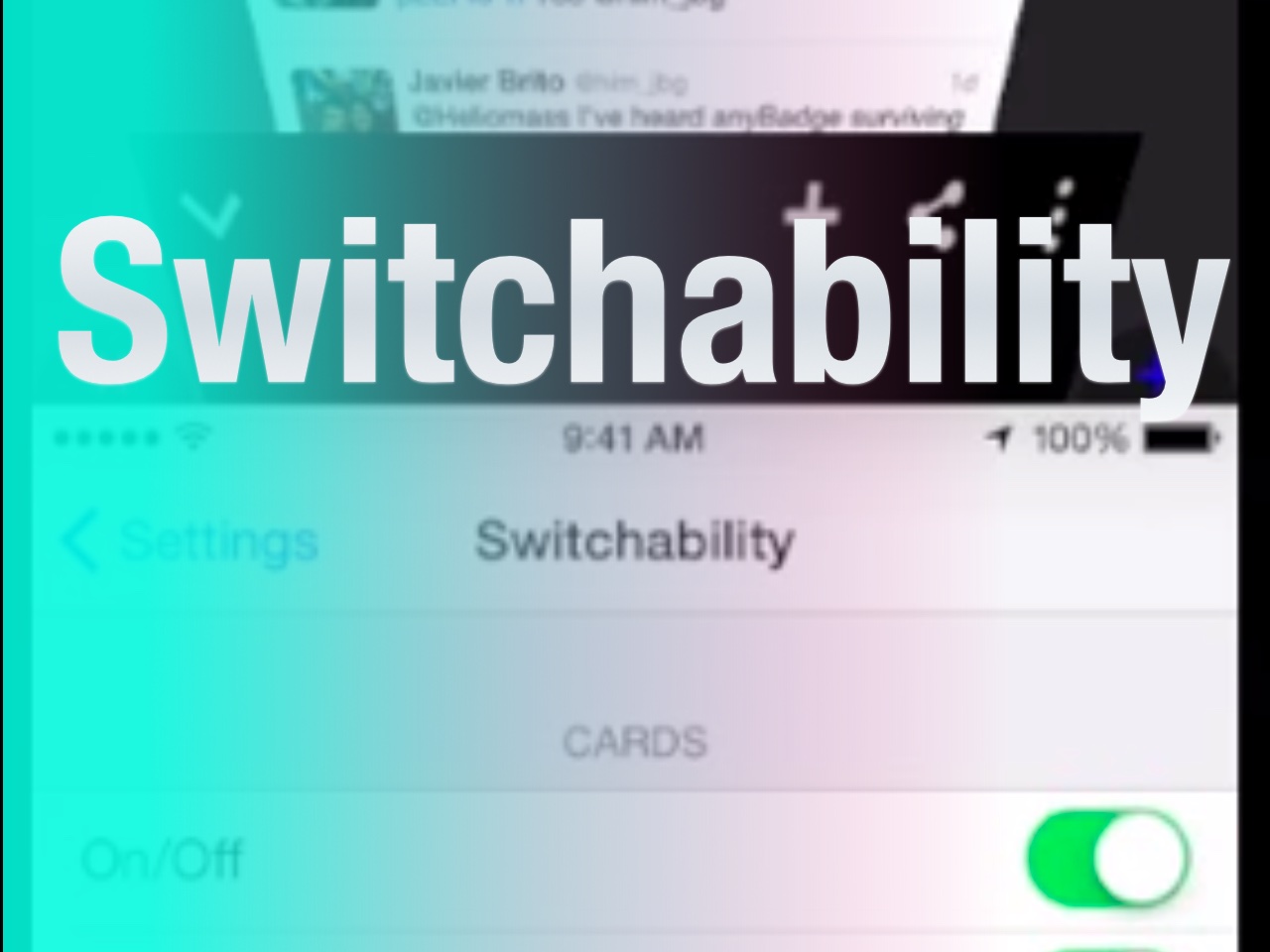 A new upcoming jailbreak tweak promises to combine multiple iOS features into a cool new app switching interface called Switchability. The tweak, which is previewed inside on video, combines the iPhone 6 and 6 Plus’ Reachability mode along with the App Switcher and Safari’s 3D tab view. The result of such a combination may seem like it would be a mess, but after seeing it demonstrated in the preview video, I think it might just work.

Switchability will feature numerous customization options to use the tweak as you desire. It features the ability to remove titles from the App Switcher cards, font and color customizations, size controls, favorite app support in order to quickly launch a favorite app via a shortcut, and more. It also features unique swipe to delete, delete all, and current app delete abilities.

There’s still no word on when Switchability will be released, or how much it will cost. The developer—Vedboon—is still working on the tweak, and he’s reached out to the jailbreak community via Reddit to solicit ideas. So far it looks as if Activator support will make the cut, but the jury is still out on any options or additional features that will ship with the public build of the tweak.

What do you think about Switchability? Do you think it’s a good idea, or do you believe it’s far too ambitious to be useful in real world day-to-day situations?