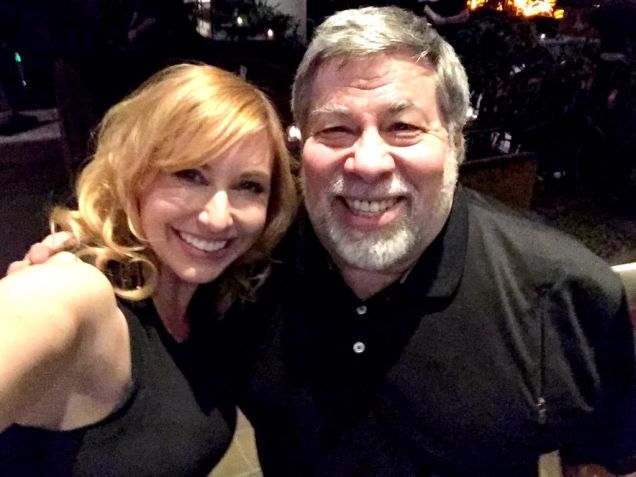 Apple co-founder Steve Wozniak will star in an upcoming reality show called ‘The Woz’, where with former Mythbusters star Kari Byron he’ll show off the latest gadgets and future of technology.

According to a press release obtained by Gizmodo, ‘The Woz’ “introduces the audience to facilities where science fiction is quickly becoming reality.” Woz will have hands-on time with futuristic gadgets, and if you remember anything from Mythbusters, Kari will more than likely provide some hilarious anecdotes and hijinks.

Running around with Woz all day is hilarious. Such a sweetheart.

Wozniak has always been known for his love of new gadgets. Interestingly, the Apple co-founder is never scared to criticize the Cupertino-based company, having said Apple is three years late with the iPhone 6 and that it should make an Android phone.

Exact details for the show are still scant. Gizmodo reports the show has been pitched to Discovery, but it’s not clear exactly where it will be picked up.

This should be entertaining.