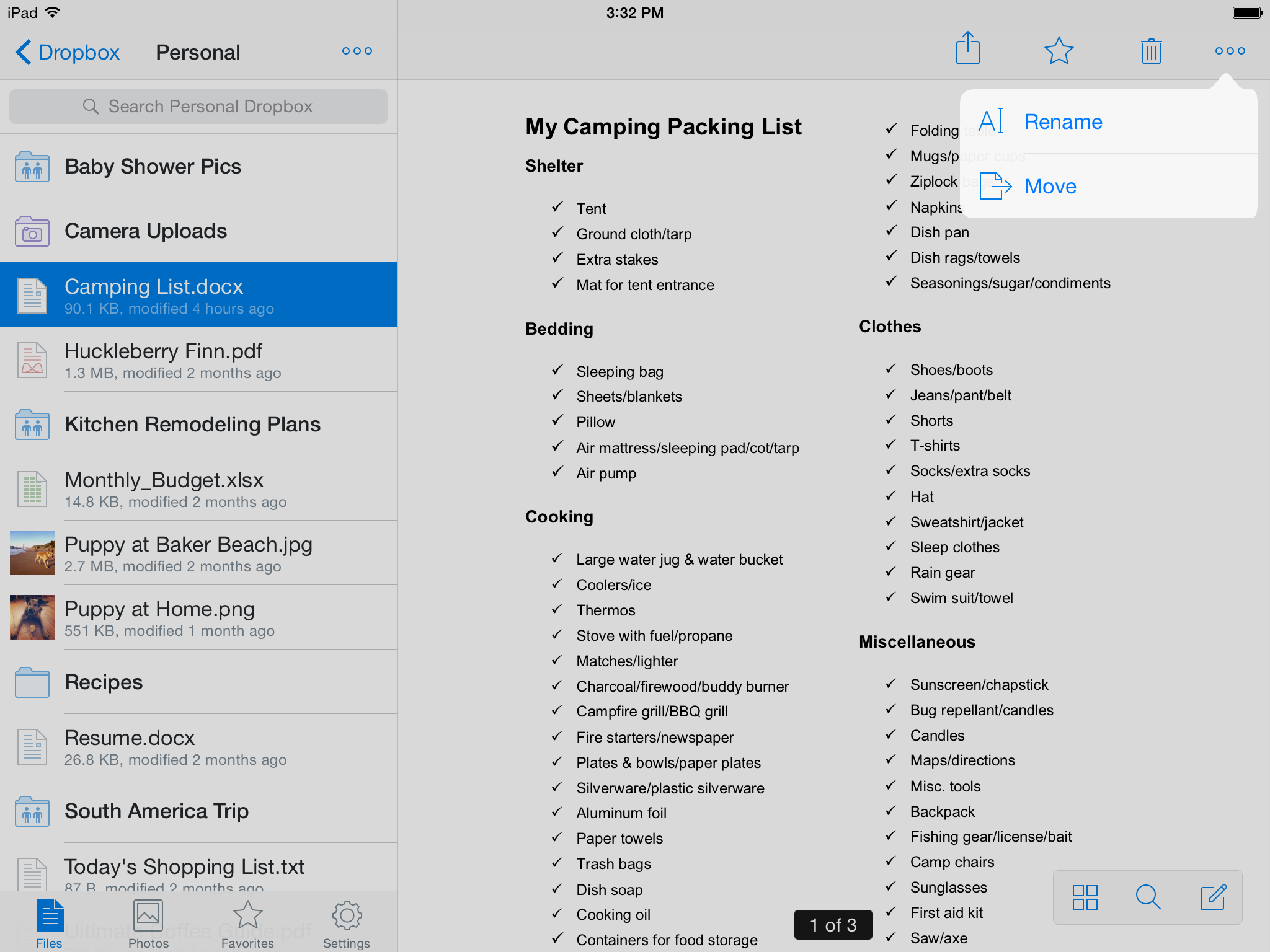 Dropbox on Monday issued a small refresh to its iPhone and iPad client, bringing out the notably missing ability to rename files and folders on the go to the iPhone, iPod touch and iPad.

Bumped to version 3.6, Dropbox has also gained a new more actions button when viewing files which on iPhones includes additional item details such as the full file name, size and more.

A new swipe gestured has been added as well, with the recently announced ability to Edit Office documents and save them back to your Dropbox now being added for everyone.

Here’s renaming a file in Dropbox 3.6.

The more actions button also contains a set of other file-related operations and pieces of information, including the full file name, size and more.

On iPads, Dropbox has a new toolbar which automagically appears as you need it. To toggle between the new toolbar and full-screen view, just tap once anywhere within your photo or file. 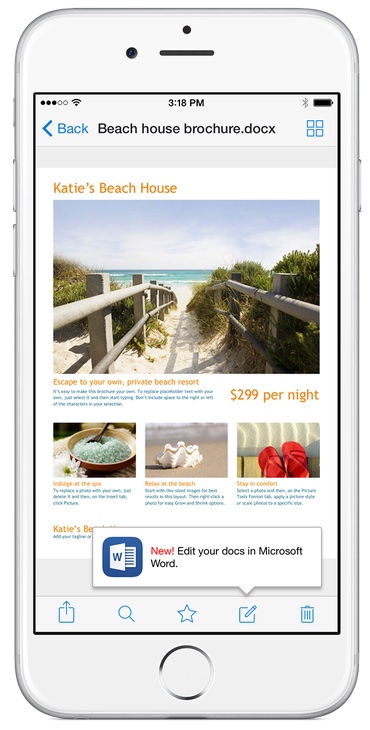 When viewing Microsoft Office files, tap Edit in the toolbar to open and edit your Word, Excel and PowerPoint documents right from the Office apps, as shown above.

Once finished editing, tap the back arrow in your mobile Office app to save the document. You’ll be then automatically returned to the app with your changes saved back to Dropbox automatically.

If you don’t have Word, Excel and PowerPoint installed on your device, tapping the Edit button will take you directly to the App Store to download Microsoft’s mobile Office apps for free.

Dropbox is available for free in the App Store.