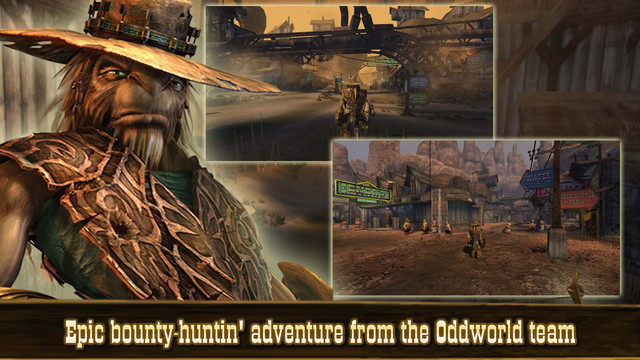 Oddworld, the popular platform-based action adventure originally released on consoles back in 2005, has been ported to iOS and is now available in the App Store as Oddworld: Stranger’s Wrath.

The game puts you in the shoes of a tall, dark and enigmatic figure, a drifter turned bounty hunter simply named Stranger. Your goal: capture outlaws and collect bounties, armed with your trusty double-barreled crossbow that fires insects and small animals.

Based on an interesting mix of action and exploration, this acclaimed bounty-hunting game allows you to transition between first-person shooter and third-person platformer. This adds lots of variety while enabling a range of strategies to surprise, stun, lure, blast and bag those devious outlaws.

Check out the visuals below. 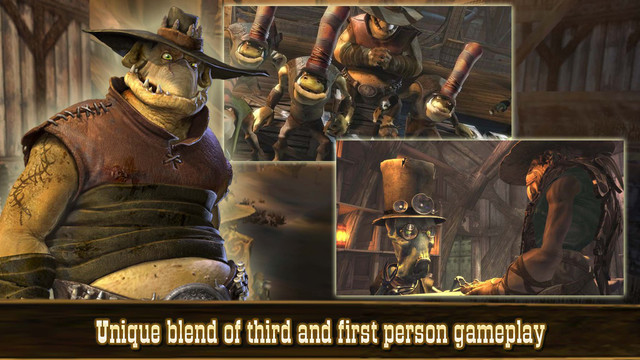 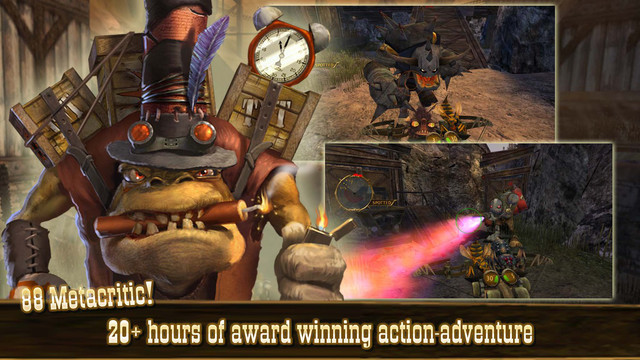 The eye-candy has been realized through the use of OpenGL, meaning there’s plenty of room for further enhancements should developers release an update with support for Apple’s new Metal graphics framework on iOS 8. The iOS port has been enhanced with cloud saves, support for ‘Made for iPhone’ gamepads, Game Center achievements and leaderboards and more. 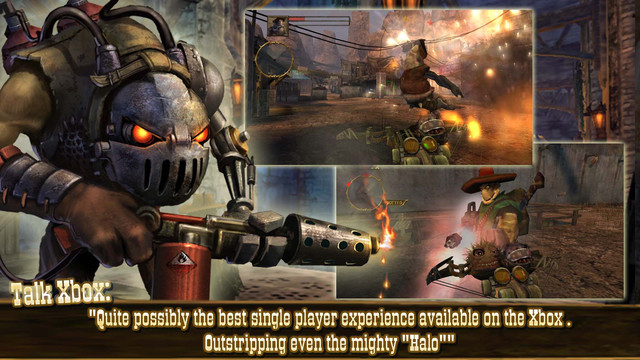 Depending on your hardware, graphics may include advanced effects such as irradiance lighting, full-scene shadow mapping, self shadowing and real-time depth of field. 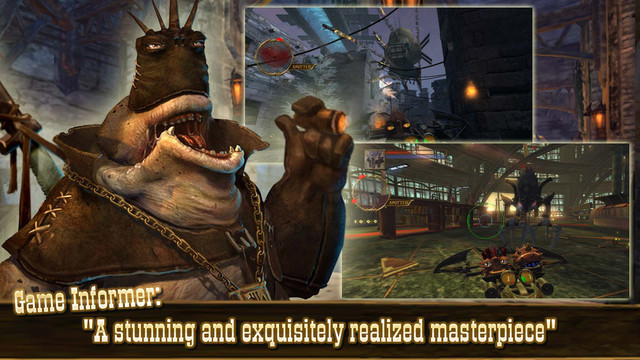 The download comes in at 712 megabytes and is a premium release so there are no In-App Purchases to spoil the fun. Oddworld will be releasing on Android soon.

Grab Oddworld: Stranger’s Wrath for $5.99 in the App Store.