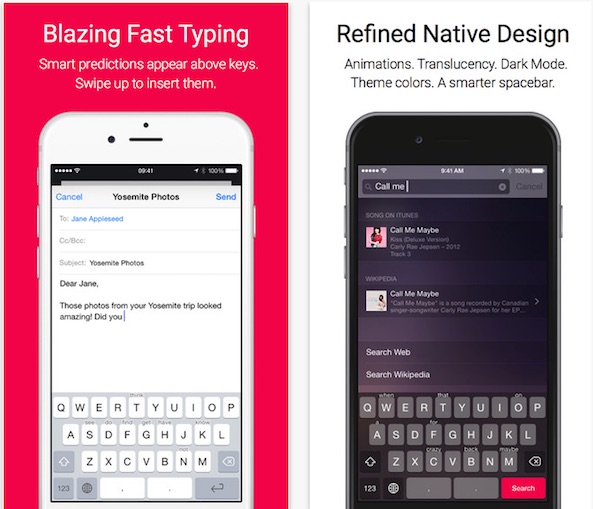 When I first switched over to iOS 8, I found that the predictive typing function, while helpful, was a bit distracting, almost to the point of being annoying. I eventually turned it off.

Crimson Keyboard offers a personalized predictive typing function, but instead of the suggestion bar, words are displayed just above keys. Plus, instead of autocorrecting your misspelled words (and sometimes leading to hilarious miss-typed text messages), you will see suggested corrections in red. 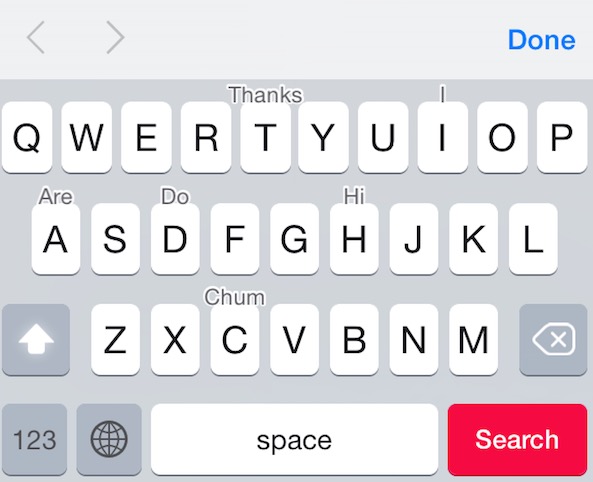 The app uses an intelligent prediction engine called Adaptxt, which learns words that you use often in order to suggest them to you as you type. The more you use the app, the more words it learns. When you start typing, words will appear above letters they begin with. Swipe upward on a key to select the word, or continue typing to call up additional suggestions.

It also works with multiple languages simultaneously. After enabling one of the supported languages, like Danish, French, German, Spanish, and more, the keyboard will automatically detect when you’ve started typing in that language and automatically switch over.

If you make a mistake spelling a word, or have your own way of spelling something, instead of automatically correcting it to what the app thinks you meant, it will offer suggestions in red. That way, if you intended to spell a word that way, nothing happens. However, if you truly misspelled a word, you can select the correction from the available options. 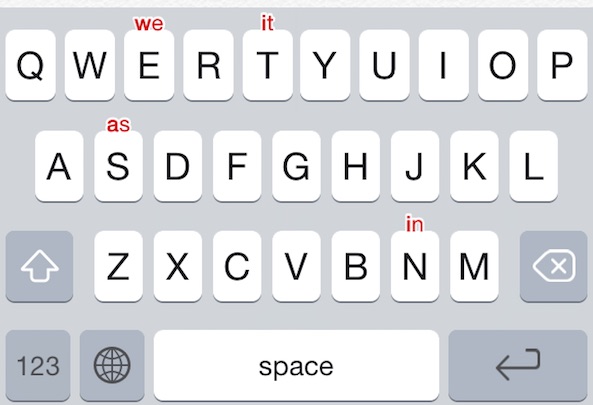 The app also includes a split space bar that appears automatically whenever a sentence might need a comma or period. When you are typing, the space bar is displayed. Whenever you tap the space bar, after moving your cursor on screen, it will switch to the comma and period options instead.

It will also recognize names and information from your device’s Contacts list and include it in predictive suggestions. So, if your friend spells her name with a “K” instead of a “C,” Crimson won’t try to correct it.

The keyboard was designed to be nearly identical to Apple’s so that users don’t have to adjust to a new layout. There are a few minor changes, which you can turn off or tweak yourself in the settings section. For example, you can switch themes to change the color accent or disable the split space bar feature.

Crimson costs $1.99. It is currently only supported on the iPhone, but will receive iPad optimization in a future update. Download it in the app store today.

Be sure to check out other third-party iOS 8 default keyboard apps we’ve spotlighted.