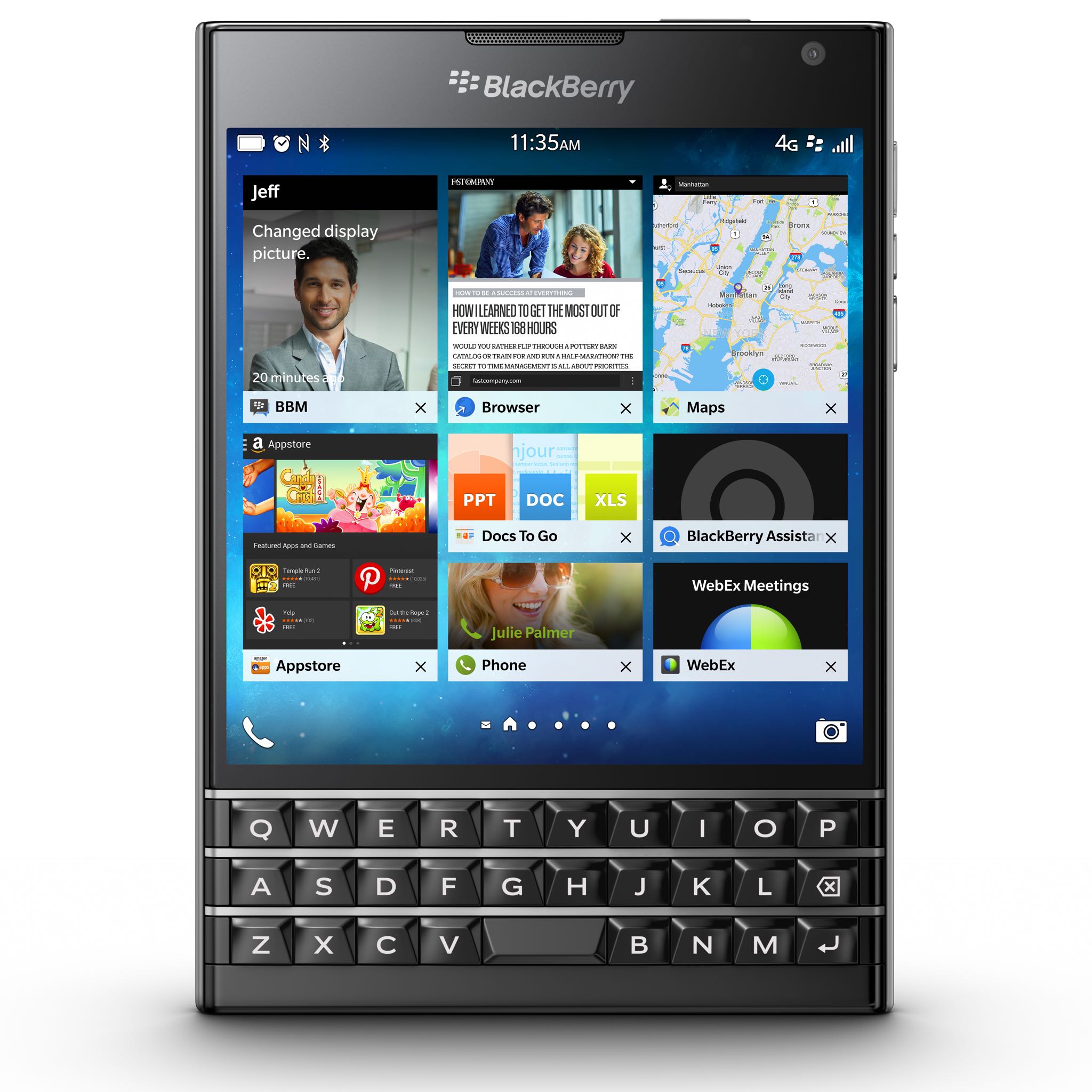 BlackBerry, whose market value is less than one hundredth of Apple’s (AAPL passed $700 billion this morning), is enticing Apple users to switch to its Passport phablet in a new Blackberry Trade-Up Program. The promotion is offering Apple customers up to $550 to trade in their iPhone 4s or higher towards the purchase of a BlackBerry Passport.

“Trade in your iPhone 6 to a Passport and BlackBerry will give you up to $400 in trade-in value, plus an extra $150 ‘top up’ for U.S. residents,” noted the firm in a blog post announcing the attractive bait.

According to a media release, a new iPhone 6 in good condition could be worth up to $400, with an additional $150 ($200 CAD) offered for Passport purchases from BlackBerry via a Visa Prepaid Card.

The holiday promotion will kick off on December 1 and run to February 13, 2015 in North America only. Current qualifying iPhone models include the iPhone 4s, 5, 5c, 5s, and 6. The promotional value is based upon the condition and model of the iPhone traded in, as well as its memory size and carrier. 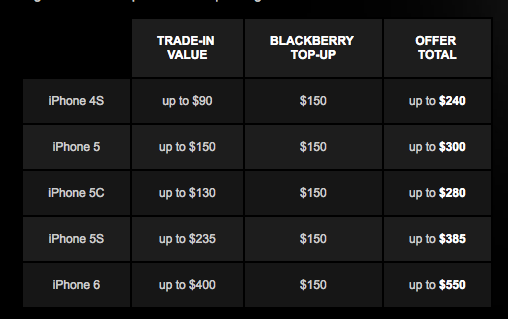 The black Passport will set you back $499. The red and white editions can be pre-ordered now, priced at $699 and $599, respectively.

They’re taking a whopping $200 off the SIM-unlocked, no-contract edition of the Passport (ending November 30), marking the BlackBerry Z30 (a nice smartphone without a QWERTY keyboard) down to $225, a $275 savings, and more.

Last but not least, customers can take advantage of PayPal financing which provides a flexible option to purchase unlocked devices.

Check out all the specials over at the BlackBerry website.