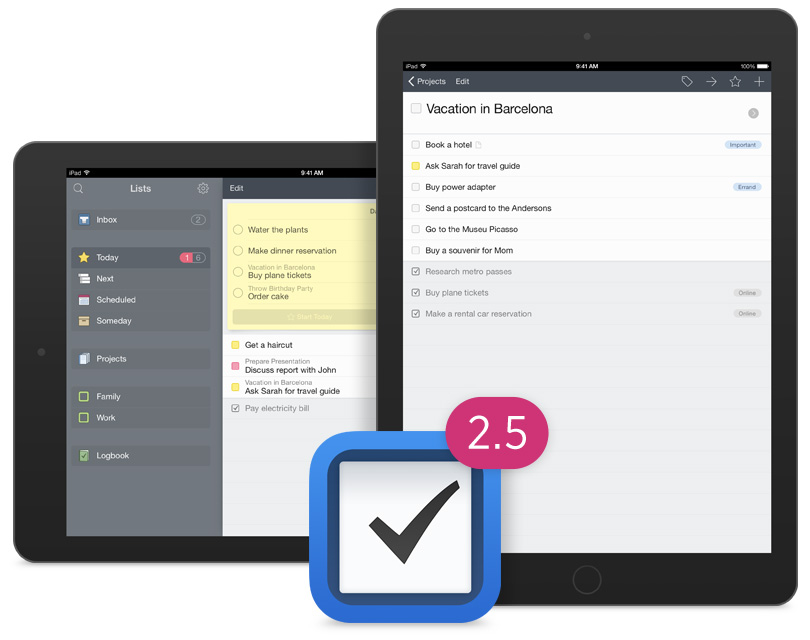 Things for the iPhone and iPad, the popular task management application by Cultured Code, is now available at no cost in the App Store until next Thursday, courtesy of Apple’s ongoing Free App of the Week promotion.

You’re looking at a cool combined savings of $30 on both the iPhone and iPad edition of Things which normally sell for $9.99 and $19.99, respectively.

Things for Mac has received a nice discount to celebrate the promotion and can be now downloaded for $34.99 in the Mac App Store, 30 percent off its full price of $49.99.

Download Things for iPhone and iPad at no cost until next Thursday, November 28.

Things for iOS recently received a refresh bringing out a fresh new coat of paint in addition to a new app icon, Handoff support, background refresh and a new “Add to Things” extension.

Things 2.6 will introduce the Today Widget for iPhone and iPad.

Featuring a gorgeous interface, Things figures out which tasks you want to do today and puts them into your Today view. You can receive alerts for due and scheduled items, switch between Next and Scheduled views and put tasks in Someday if you can’t work on them right now.

Other features include the ability to organize tasks in Projects and Areas of Responsibility, assign contexts, priorities, time and other items to tasks, add to-dos, create recurring items, review completed tasks in the Logbook and so forth.

As a bonus, your tasks get synced across iOS and Mac devices with Things Cloud, a free service from Cultured Code. I wholeheartedly recommend taking advantage of Apple’s promotion because Things is a premium app and it’s never been offered for free before.

Grab Things for iPhone and iPad for $0 in the App Store.