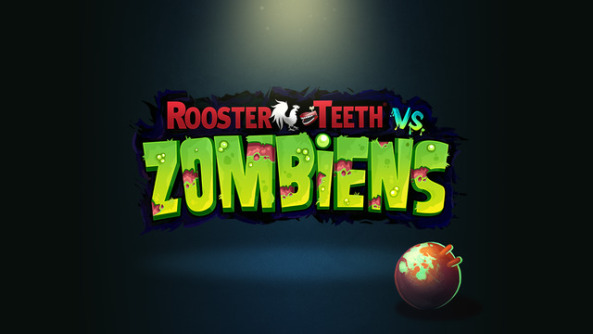 The whole “aliens versus zombies” thing is way overrated. We all know that zombies would win. They can’t die and they turn you into one of them with just a single bite. If they were fighting aliens, well, they would turn them into “Zombiens.” Or, at least that’s what the protagonist of this game has dubbed them

Rooster Teeth vs Zombiens is a survival game starring the cast members of Rooster Teeth Studios (the guys that created the hilarious web series Red vs. Blue). If you want the RT cast to stay alive, you’d better learn how to fight. 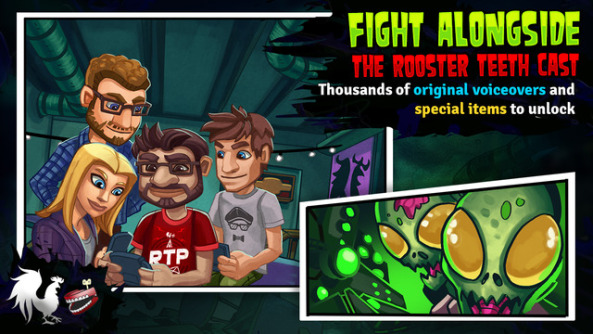 Players are stuck in the recently destroyed RT studio where a spacecraft has crash-landed. In true zombie fashion, its inhabitants mindlessly wander the room in search of brains. They will follow your cast member anywhere and do whatever it takes to get a bite of your juicy flesh.

When you kill a Zombien, it will drop materials that can be used to craft walls and traps, like sandbags and proximity mines, which can be placed in strategic locations in the studio to either stop or destroy the horde before you lose your skin (literally). 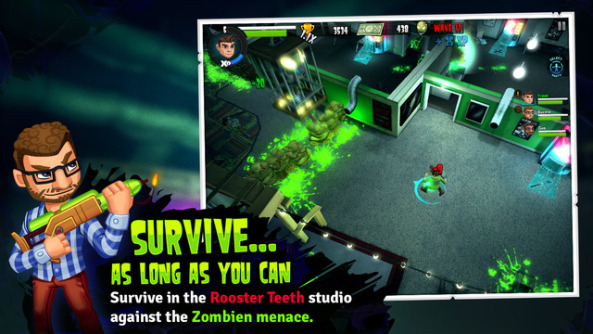 The undead spacemen also have money in their pockets that you can use in the studio’s vending machines. I’m not sure what kind of studio has baseball bats and handguns in the soda machine, but at least these guys are ready for the apocalypse, or an alien-zombie invasion.

Fans of RT Studios will be happy to learn that this game is filled with thousands of phrases from eight of the cast members. You’ll start with access to only a few characters, like Trent, Corie, and Chuck. However, you will eventually be able to unlock new studio rooms and find your missing buddies, which can then help you out in the game.

The entire game is based on survival mode mechanics. You keep playing until you die. Along the way, you can explore different rooms and unlock new weapons, but the goal is to not die, which you eventually will.

Rooster Teeth vs. Zombiens is available on the iPhone, iPad, and iPod touch for $3.99. Download it in the App Store today.

What do you think of this game? Are you fans of the RT Studios gang?