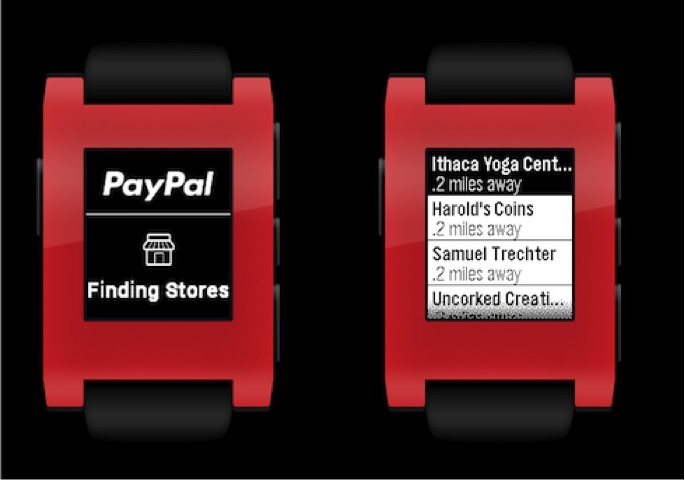 PayPal has announced that its popular mobile payments app is now available for the Pebble smartwatch. In a blog post, first spotted by VentureBeat, the company said that owners can now pay for goods and services at select locations using their Pebble, linked to their PayPal account.

Users can make PayPal payments using one of two methods: by checking into a store using the PayPal app, or by providing the store with an auto-generated payment code. Both ways require that the particular location support PayPal payments, and the latter requires special POS hardware.

The Pebble isn’t the first wearable to support mobile payments—PayPal introduced its app to Android-powered devices like Samsung’s Gear 2 and Gear Fit earlier this year. But given its position as one of the leading brands in the relatively-new smartwatch space, the launch is still significant.

The Apple Watch starts at $349 and will be available early next year. The Pebble starts at $99 and is available now.