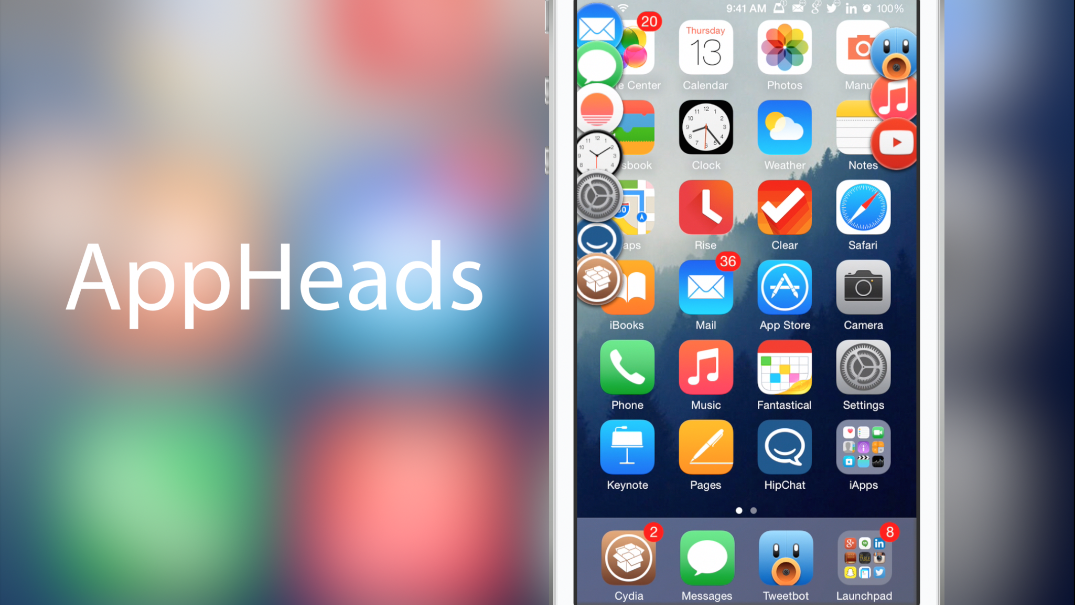 iOS multitasking remained relatively untouched for the first several years of its existence, and although iOS 7 revamped its UI, it still maintained the core idea of using one app at a time. AppHeads is an upcoming jailbreak tweak that will reinvent iOS multitasking for some and, at the very least, greatly enhance it for others.

If you’re familiar with Facebook Messenger, you probably already have an idea of what the interface of AppHeads will look like. It uses the same round icons as Facebook Messenger, but instead of juggling conversation threads and friends’ faces, AppHeads uses these bubbles to manage running applications. You can watch this tweak in action in the video below.

When an app is opened, its “app head” is automatically displayed on-screen. Users can choose on which side of the screen app heads are to be positioned and whether these are freely movable or in a set, neatly-arranged array.

Obviously, having these app heads up all the time could quickly get annoying, so users can assign an Activator event to display and hide the app heads at will. I’ve assigned a double press on the Home button, which is normally used for invoking the app switcher, but with this tweak, you really don’t need iOS’s traditional app switcher anymore, as you’ll see in a bit.

Each app head has three methods of interaction: tap, tap and hold, and drag. The first two can be customized to open either the full application or its live preview, and the ‘tap and hold’ action can also close the app or all running apps, depending on which option is selected. Apps can be reordered by dragging their respective icons around, and, as with Facebook’s ChatHeads, dragging an icon over the ‘X’ at the bottom of the screen removes the app. 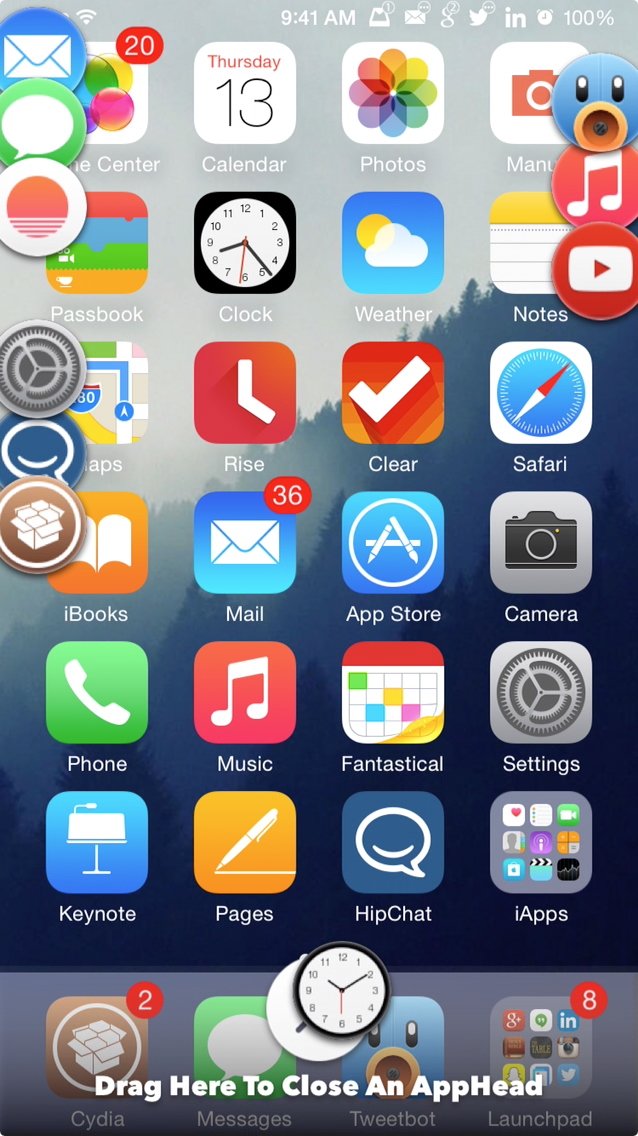 What also helps to make this tweak a great replacement for iOS’s app switcher is that removing an app head not only clears it from the screen, but it also kills the app from running in the background. AppHeads contains virtually all the functionality of iOS’s app switcher, but in a much more powerful and useful package.

My setup has tapping on an icon assigned to opening a live preview of the app. This displays the app in a smaller window, but what makes this tweak incredible is that this pop-up isn’t simply a frozen version of the app – it’s live and fully interactive. Tapping, swiping, scrolling, pinching, typing, and pretty much everything else works in the live preview, and it’s amazing.

The possibilities that come with this functionality are innumerable, but a couple instances in which this would be particularly convenient include copying and pasting login and password information between 1Password and another app, and using AppHeads as a quick reply for third party messaging apps that aren’t supported by traditional quick reply tweaks. 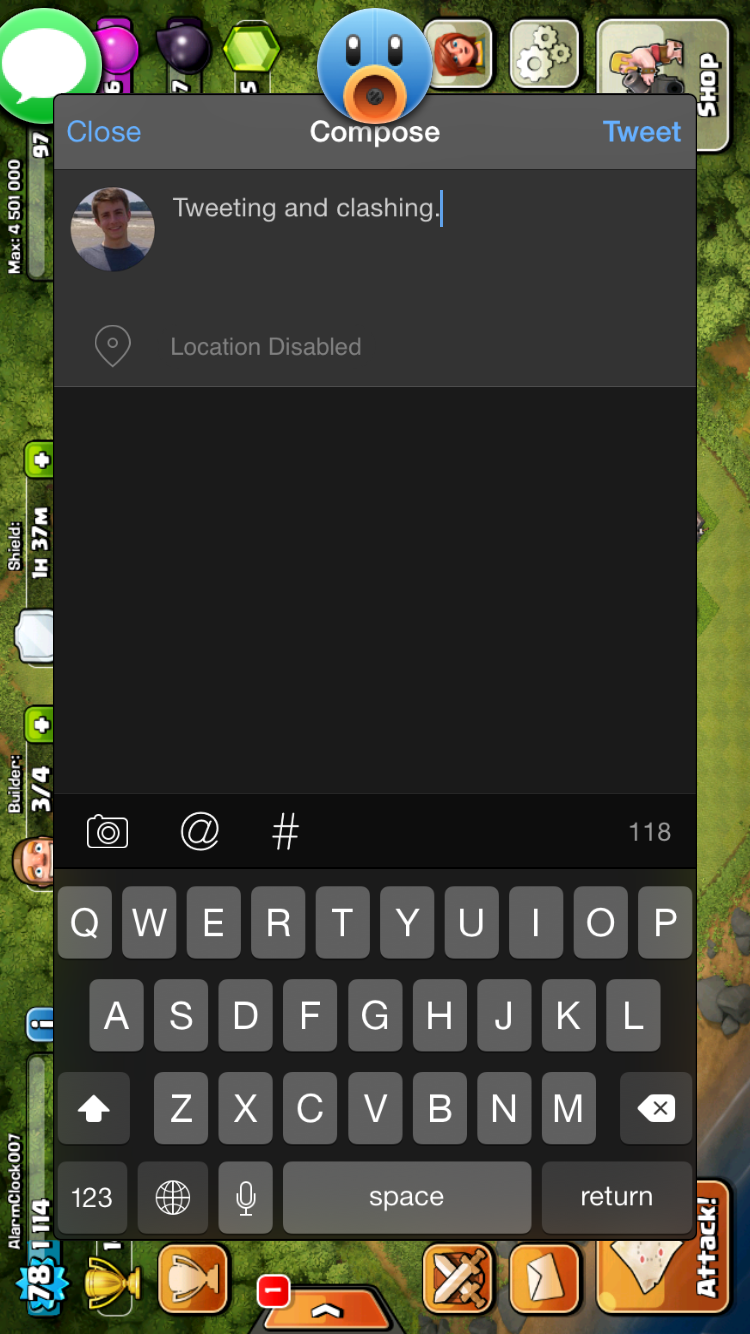 Overlaying an app with a live preview keeps both apps running, as does switching between open app heads. I was able to play Clash of Clans, which usually reloads at even a hint of being backgrounded, and use other apps including Messages and Tweetbot without having the app reload even once.

AppHeads can also be enabled on the Lock screen, but because that generally negates the purpose of a passcode or Touch ID, this option is disabled by default. However, the tweak also gives users the option to require Touch ID authentication for specified applications before AppHeads will allow them to be opened in a live preview. This is particularly helpful if you want to enable live previews from the Lock screen but still want certain apps, such as Messages, for example, to remain private. 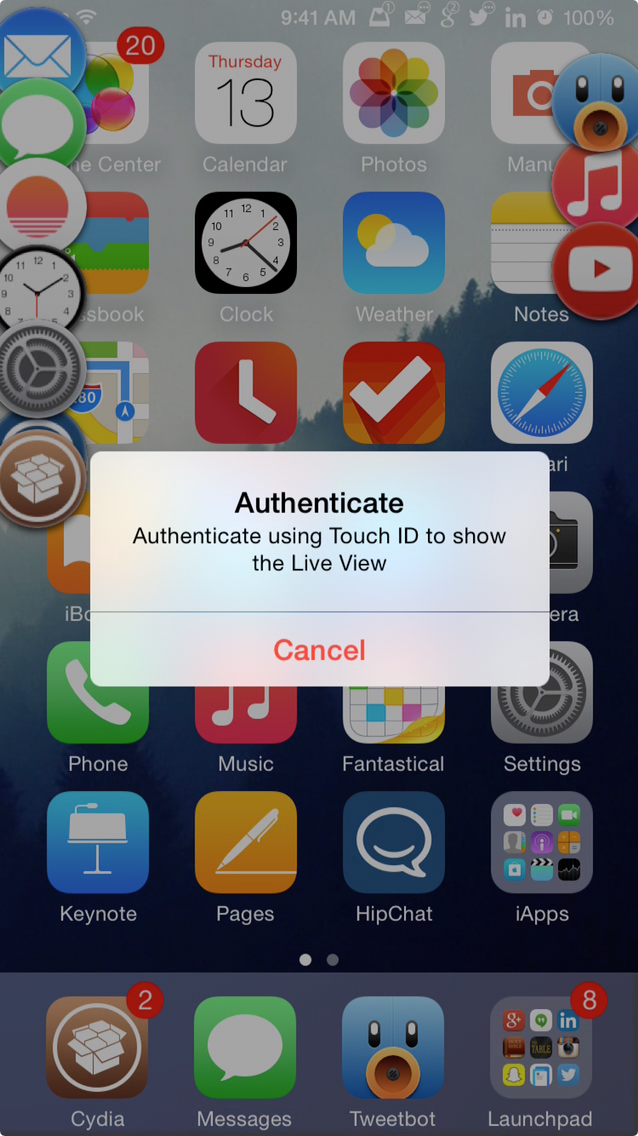 The tweak also has a convenient option that disables app heads while a video is playing and re-enables them after it’s finished. Additionally, because the Mail app is always running in iOS, users can choose to always have it hidden or to display it along with the rest. I chose to display it, as the icon will hide with the others when the assigned Activator event is invoked. Options to customize the look, including the size and border of live previews, are also available in the tweak’s settings. 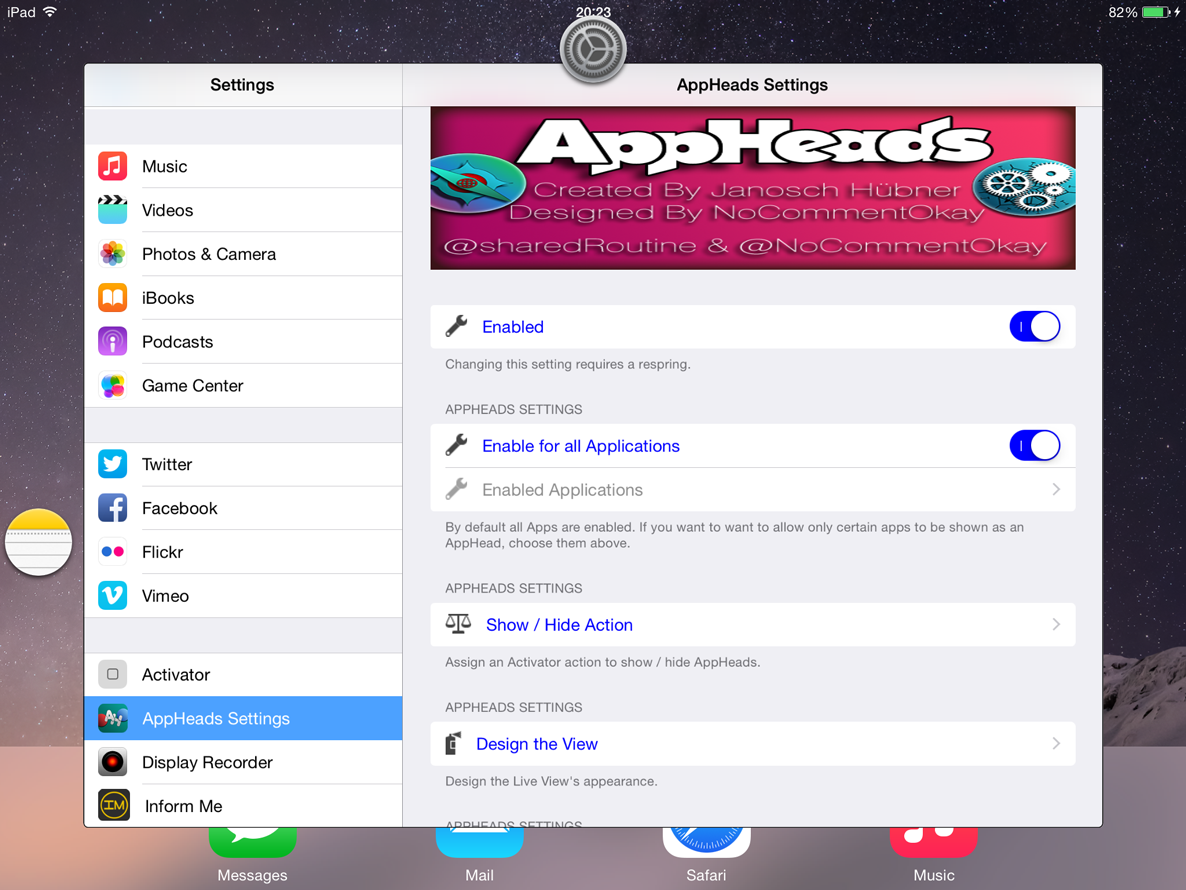 AppHeads will be compatible with devices running iOS 7-8.1, including iPad – where I believe it will be even more useful and convenient than on a 4-inch iPhone – and is coming to Cydia in the near future for $4.99. Be sure to check out the developer’s website for more information and details.

Now that you’ve had a look at AppHeads, what’s your opinion on this tweak? Do you think it could replace the app switcher for you? Let me know what you think in the comments.