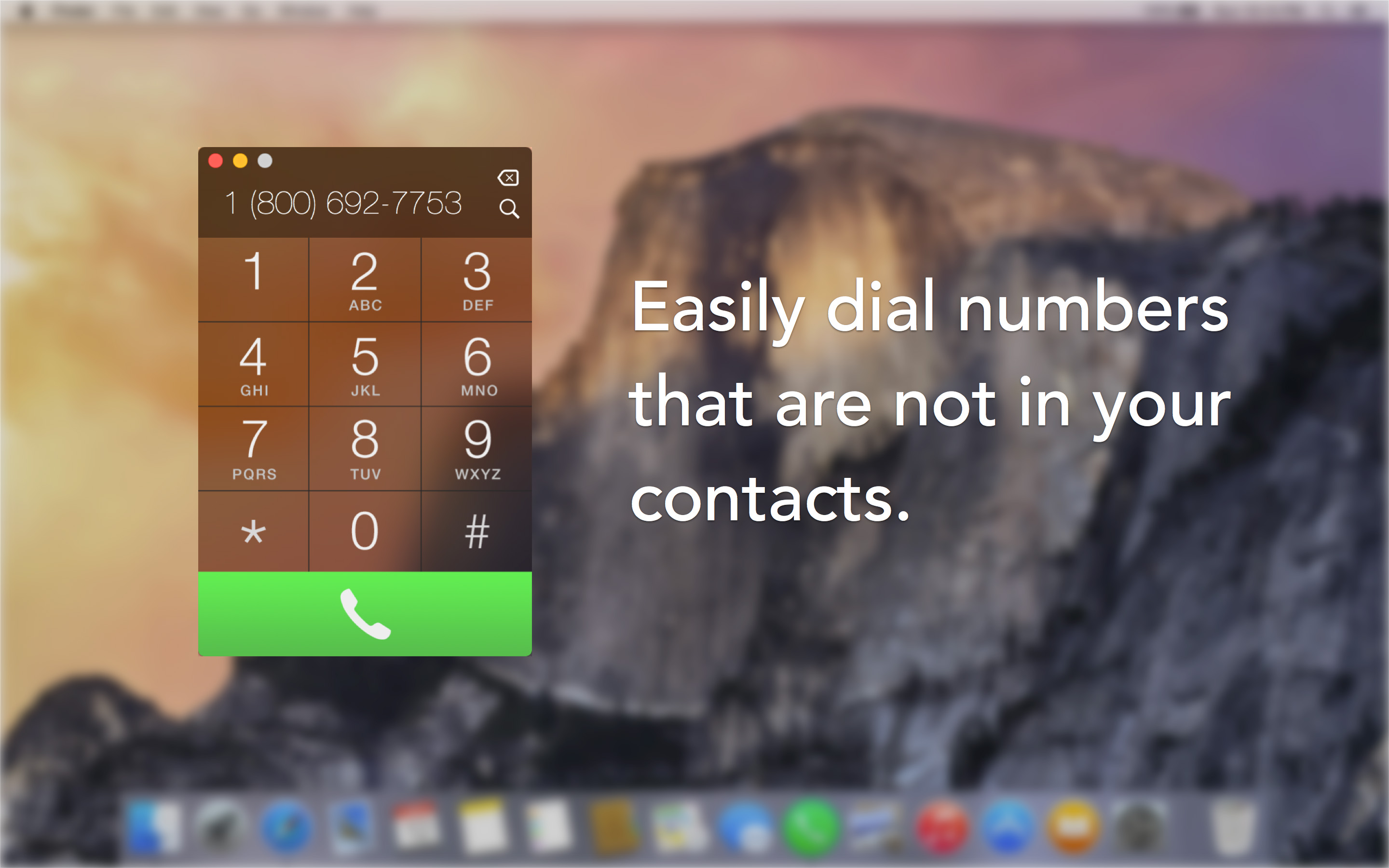 Out of all the features that Apple introduced with OS X Yosemite, Continuity is one of the most convenient and useful. With its ability to handoff apps between devices, make and receive phone calls, and send SMS messages from the desktop, Continuity has become one of the most-used features of OS X Yosemite. But despite its newfound call-handling features, Yosemite lacks a dialer for quickly making phone calls to numbers not in your address book, and that’s where Continuity Keypad comes into play.

Created by student developers Eytan Schulman and Harrison Weinerman, Continuity Keypad blends with the modern, transparent look of OS X Yosemite and is both beautiful as well as functional. In terms of features, it works to enhance the existing implementation of Yosemite’s Continuity by adding an application and Notification Center widget for quickly dialing phone numbers or searching your contacts effortlessly.

Although the concept is simple, the functionality provides incredible convenience, particularly if you find yourself dialing out numbers from your Mac on a regular basis. Phone numbers can be manually dialed and placed in either the app or the widget, and the app also handles contact searching if a matching name is typed. When making a call, users have the option to save a number to their contacts and even redial the last outgoing number.

Continuity Keypad gives users the option to dial vanity numbers, such as 1-800-MY-APPLE, using the alphabet keys, and users can opt to have the application automatically confirm outgoing calls, as OS X requires an extra verification click by default. On top of it all, Continuity Keypad has optional dial tones the user can toggle. 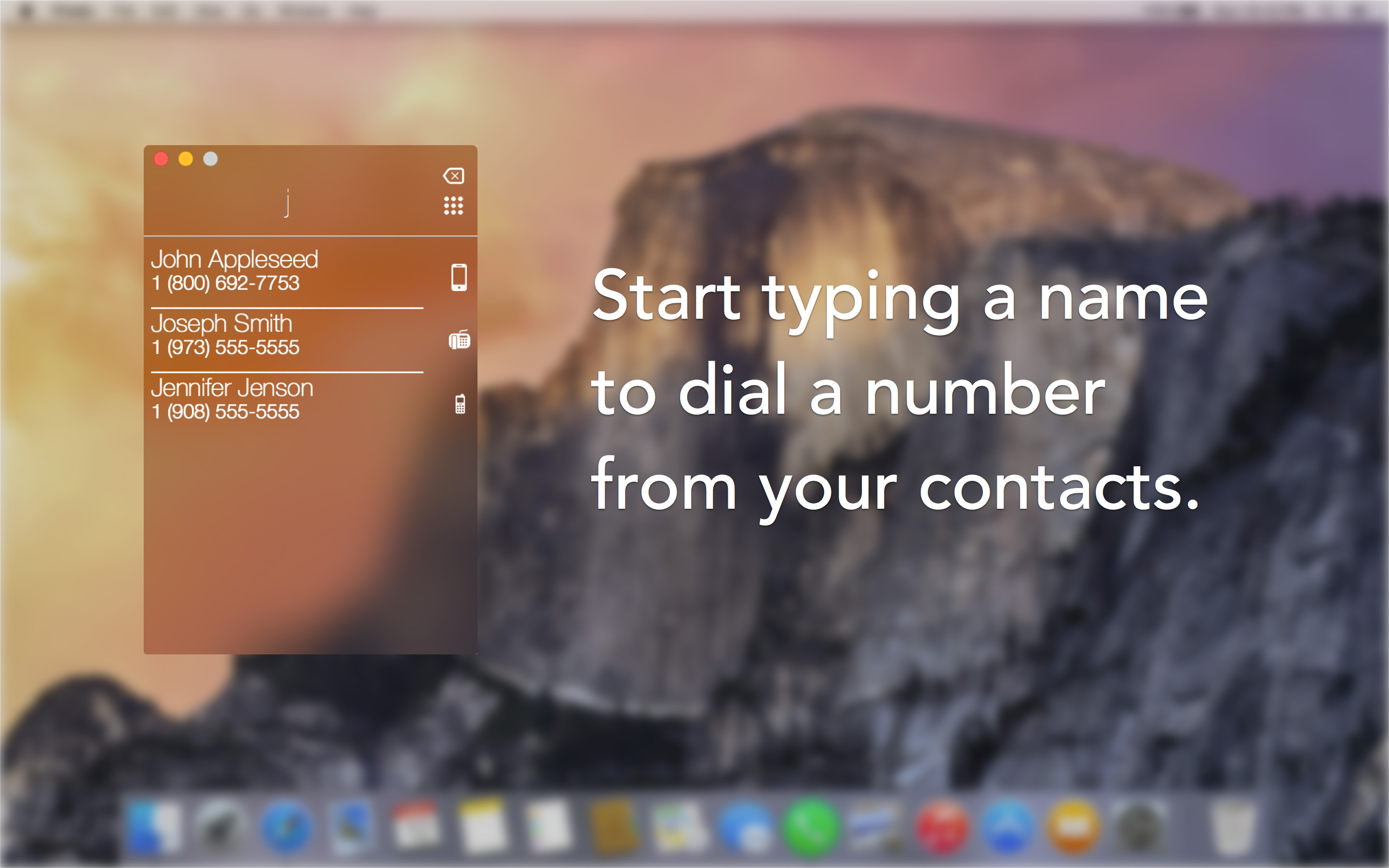 While some of these options, such as auto-searching contacts and dialing vanity numbers, can’t be activated simultaneously, Continuity Keypad has a surprising number of customizable options for its simplicity, which is always welcomed in apps.

Continuity Keypad is slated to launch in the Mac App Store for $0.99 in the near future, but you can pick up a trial version right now at continuitykeypad.co. For updates on the full release, you can follow the team at @CKeypad.