The Electronic Frontier Foundation (or EFF) has posted a new Secure Messaging Scorecard, which ranks popular messaging offerings based on their security measures. The Scorecard uses a variety of metrics, such as methods of encryption and user privacy, and Apple’s messaging options faired rather well.

While dedicated secure messaging apps like ChatSecure and CryptoCat scored the highest, the EFF found Apple’s iMessage and FaceTime systems to be “the best of the mass-market options.” The two services were found more secure than several high profile apps, including BlackBerry Messenger and Skype. 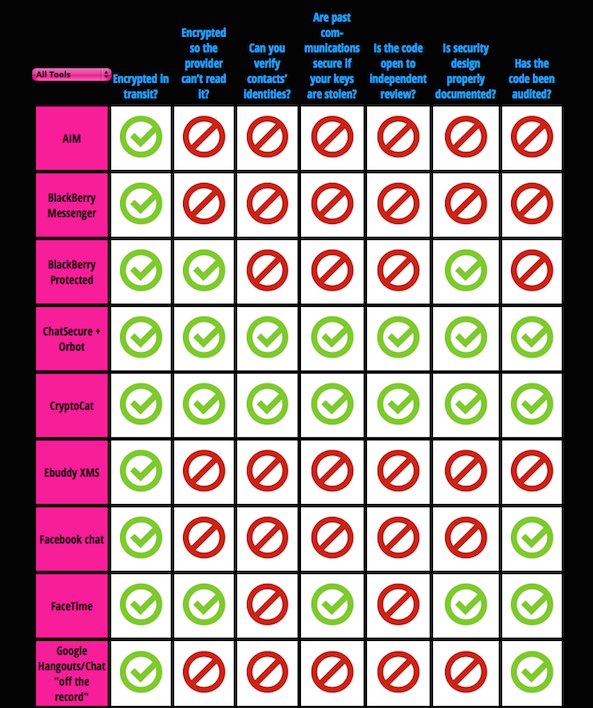 Both iMessage and FaceTime scored 5 out of 7 checkmarks, earning specific praise for its in-transit encryption that’s unreadable by Apple. The EFF does, however, say it’s disappointed that neither service allows you to verify contact identities and that Apple does not make its code available for third-party audit.

Following last year’s PRISM scandal, and this year’s celebrity iCloud photo leak, Apple in September promised a renewed focus on user privacy and security. On its website, the company dedicated a section to explaining its privacy policies, which specifically says both iMessage and FaceTime are completely private.