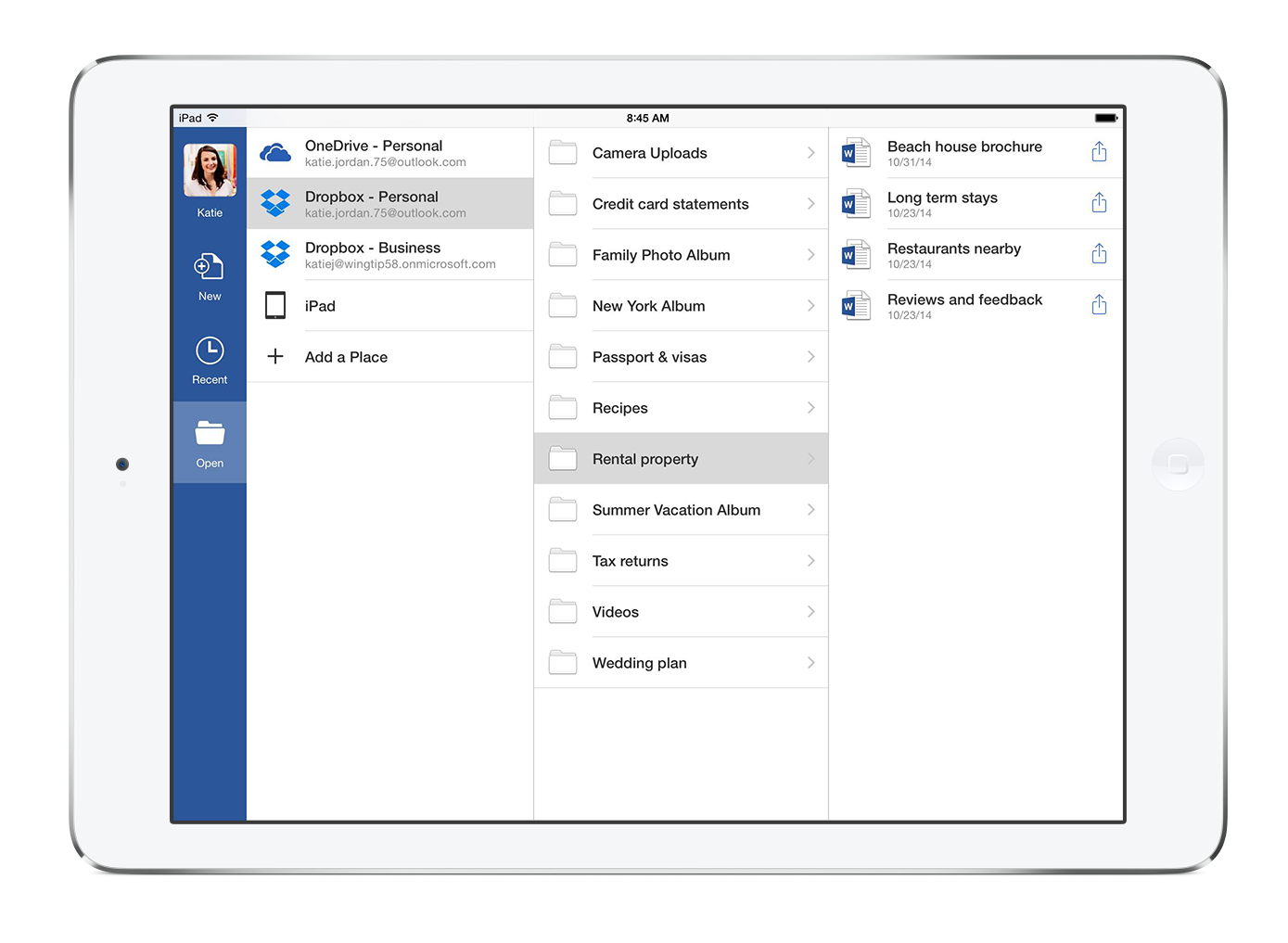 Software giant Microsoft has partnered with Dropbox, the hot cloud-storage startup that Steve Jobs once wanted to buy for $800+ million, to give Office users across desktop, mobile and the web built-in access to Word, Excel and PowerPoint files in their Dropbox, the firms said Tuesday.

Soon, Dropbox users will be able to link their account directly to the Word, Excel and PowerPoint iPad apps.

As a result, customers will be able to edit Office documents right from their Dropbox mobile app, and access their Dropbox from within their mobile Office apps.

Dropbox will appear as a new storage option alongside Microsoft’s own OneDrive service in the Office for iPad apps.

Taking note of the more than 1.2 billion Office users who keep 35 billion Office files stored in their Dropbox, Microsoft chief Satya Nadella said that the Microsoft+Dropbox combo will provide “our shared customers with flexible tools that put them at the center for the way they live and work today.”

The initiative will give Office users access to their Dropbox from Office apps on smartphones, tablets and through the web interface. 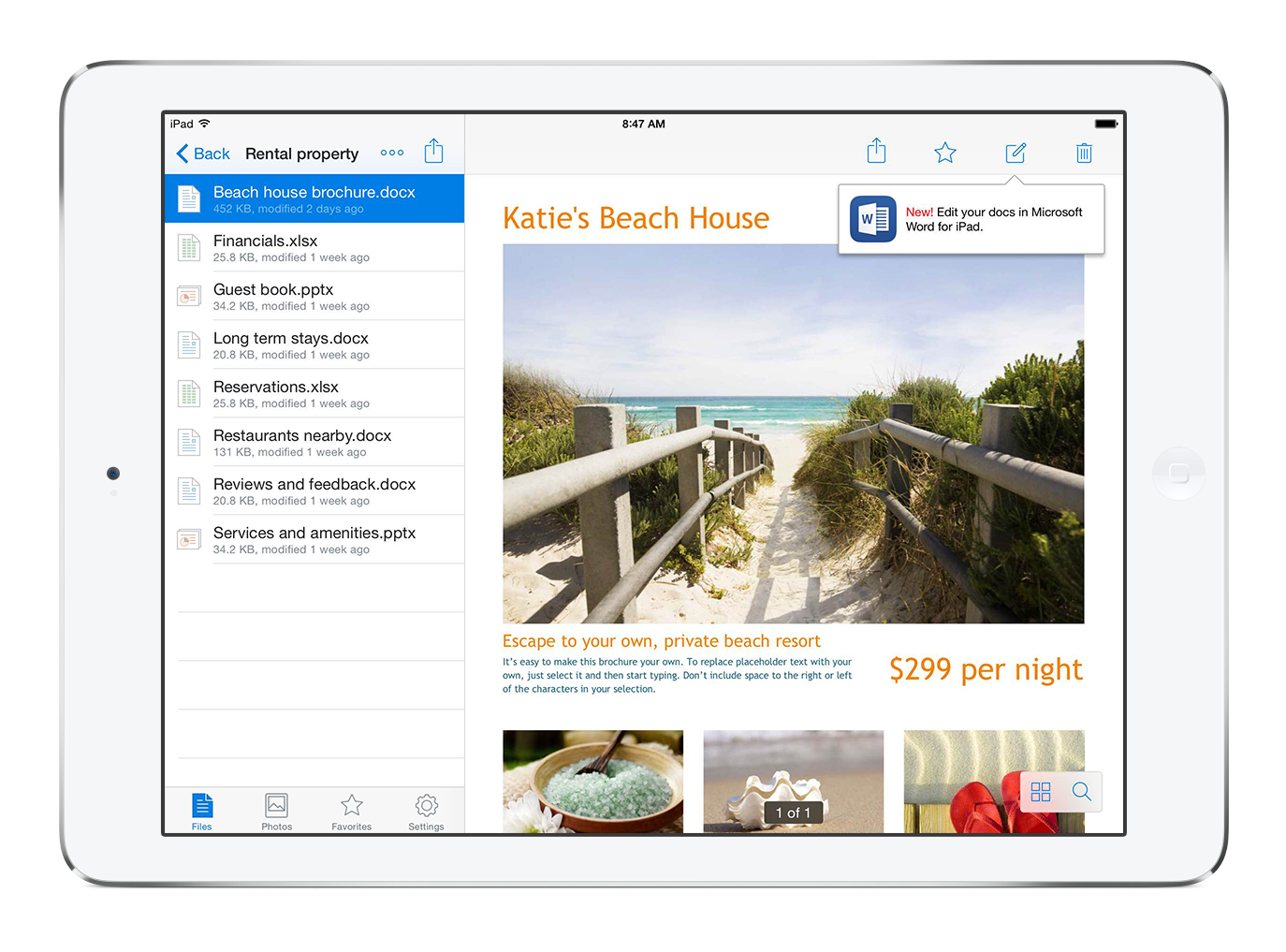 They will be able to edit Office files directly from Dropbox and sync them across devices, as well as share new or edited files from the Office apps using simple Dropbox sharing functionality.

Hey remember when Ballmer snickered that Dropbox was just “a little startup?” Nadella is thankfully wiser than that.

“The functionality will first be included in the next updates to the Office apps for iOS and Android, coming in the next few weeks,” said the Redmond firm. 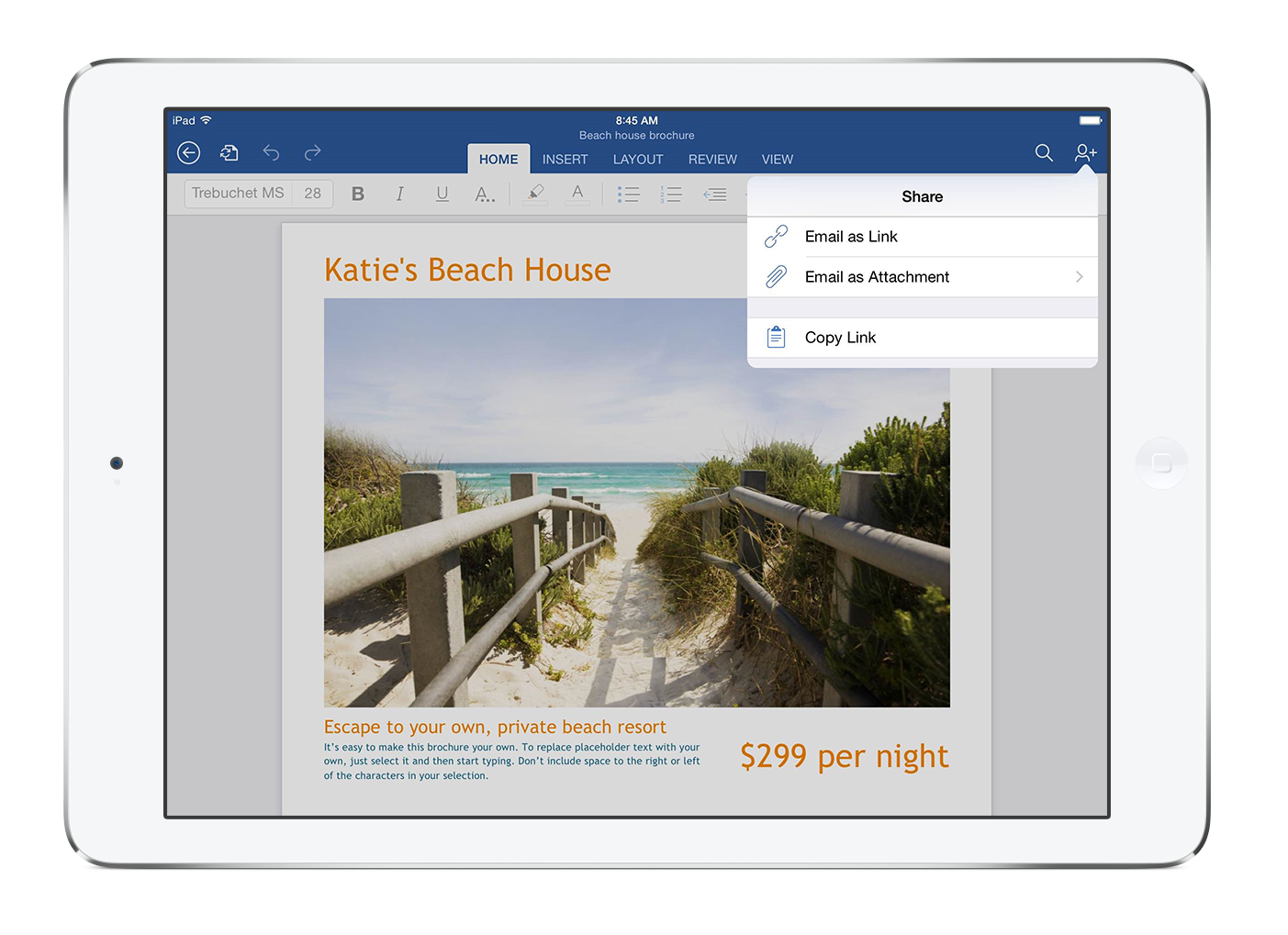 Updates to mobile Office apps with Dropbox integration will be rolling out over the next few weeks. The web integrations between Dropbox’s website and Office Online will be available in the first half of 2015.

Dropbox for Business customers with Office 365 licenses will soon be able to take advantage of these updates, too (more on that in a post over at Dropbox).

Last but not least, Dropbox will make its client available on Microsoft’s phone and Windows tablet platforms ”in the coming months.”