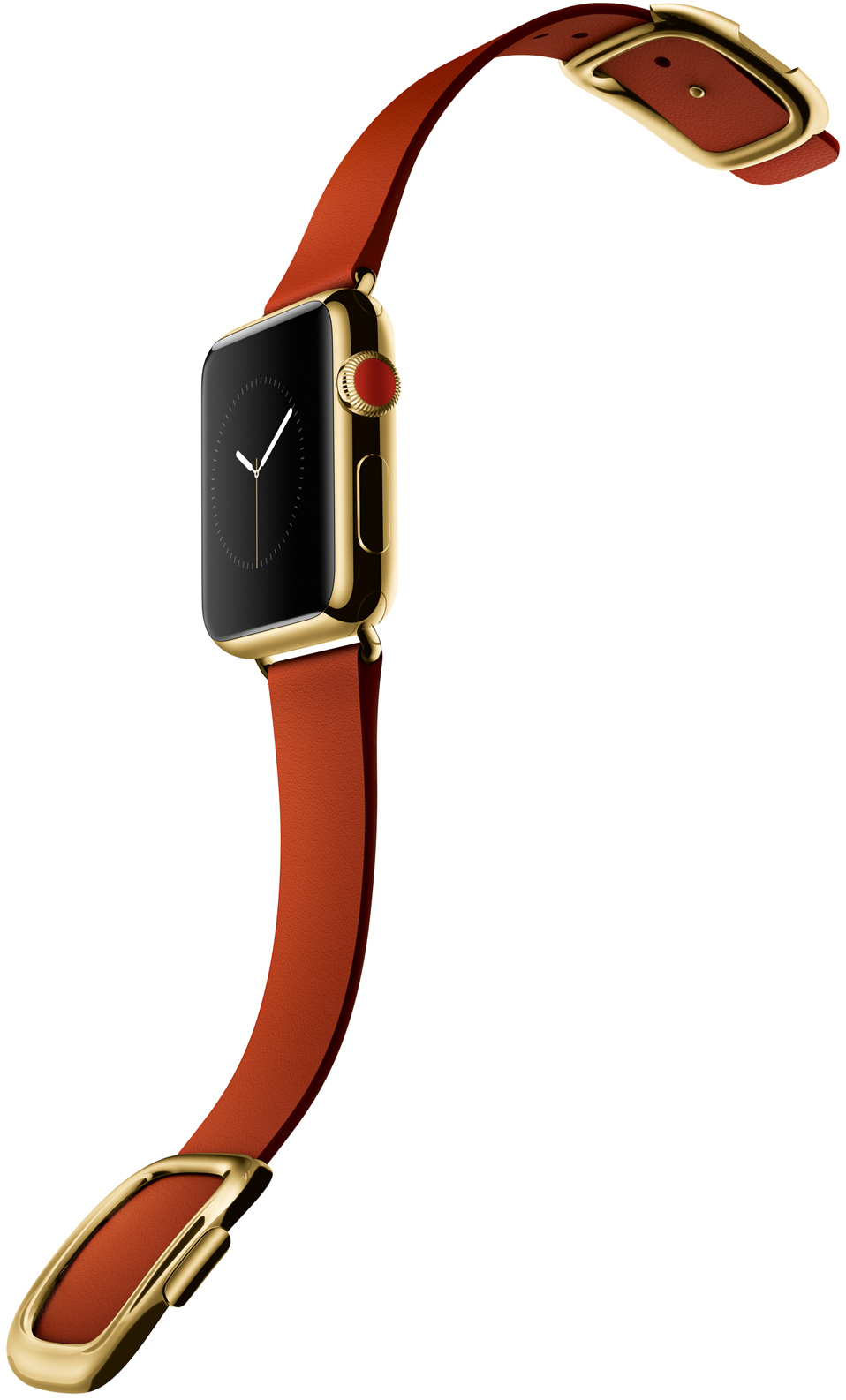 The Apple Watch will start at $349 for the basic Sport edition with its anodized aluminum case and come in Spring 2015.

But what about the more expensive stainless steel version — and especially the luxurious gold edition which features a case crafted from 18-karat gold that “our metallurgists have developed to be up to twice as hard as standard gold“?

While the Cupertino firm has yet to reveal pricing for these Apple Watches, a new rumor shared by French blog iGen.fr [Google Translate] pegs the asking prices of the stainless steel model with a polished or black side at $500.

And if you have a hole burning in your pocket that demands to be filled with cash, you’ll definitely want to avoid the pricey gold edition.

According to iGen’s sources, the flagship Apple Watch Edition in yellow or pink gold will sell for between $4,000 and $5,000, or ten times the price of its stainless steel counterpart.

Greg Joswiak, vice president of iPhone, iPod and iOS product marketing, predicted during his segment at the recent Recode mobile conference that the Apple smartwatch is going to be “huge” when it arrives.

“It got off to a pretty good start, as far as the reception we’ve gotten from it as a revolutionary computing device, because that’s what it is,” he said. But it’s also “health, fitness, fashion all embraced it — even without a round face,” Joswiak added.

When interviewer Walt Mossberg pressed Joswiak on pricing and asserted the watch could cost thousands of dollars at the high-end, the executive argued that the pricey gold edition is for rich folks who want a really nice watch.

“I’m not saying that’s the price, but you don’t have to buy the Rose Gold model of it,” he explained. “I mean part of that is to make sure that there were options for people, because fashion is a big part of this.”

Joswiak underscored that the more affordable Apple Watch and Apple Watch Sport will target the mainstream market and price-minded buyers.

For a large chunk of consumers, buying a wearable before the Apple Watch “just isn’t an option,” according to the Washington Post article today outlining how Apple’ wrist-worn device is killing wearable technology as a gift this Christmas.