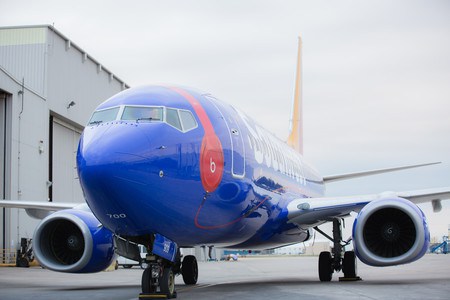 The subscription on-demand streaming music service, which Apple acquired as part of its $3 billion Beats buy in May of this year, is offered for free.

A selection of Beats Music playlists is available for streaming via the airline’s in-flight entertainment service, in addition to the existing music choices available through the company’s entertainment portal.

Built-in Beats Music is compatible with iOS and Android and can also be accessed via web browsers. It’s been integrated with the in-flight entertainment service in a way that ensure “a seamless and superior quality playback”. 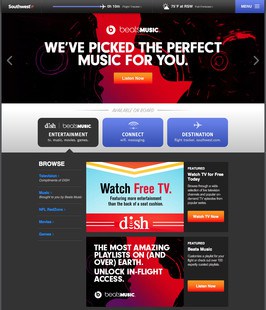 Unless you’re surfing the web using the in-flight Wi-Fi service, you want have to pay a dime for Internet access in order to play Beats Music streams on your iPhone, iPad or MacBook notebooks.

The service was demonstrated live earlier today onboard the official Beats Music-decaled Boeing 737 aircraft, featuring a special playlist containing live concerts from a couple of the artists.

“Customers on this flight will get a Southwest Airlines VIP backstage pass to the most elevated live concert they’ve ever experienced, with an opportunity to meet and receive autographs from the band,” said the airline. 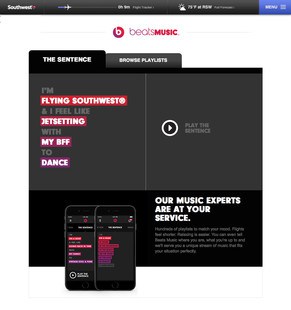