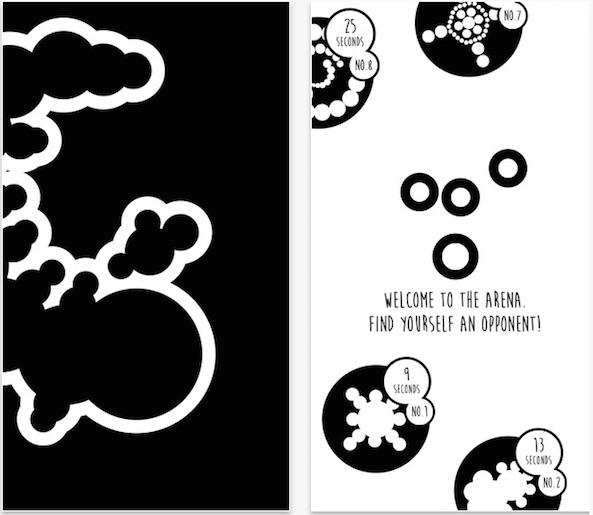 There is a handful of interesting games that involve production and duplication of cell-like organisms. Games like Osmos provide a relaxing arcade game that requires you to be ready to attack anything smaller than you, but lets you drift through life in a tranquil environment as well.

Felllice (yes, with three Ls) is similar to the cell generation game genre, but features a stark black-and-white minimalist design. Collide with cells that are smaller than yours to grow big and earn achievements.

The game starts you off with a simple black circle on a white background. Your job is to float around in this minimalist world, eating cells that are smaller than you in order to grow. If you accidentally run into a larger cell, you won’t die, but all of the cells you have collected will disengage and you’ll have to chase them all down again. 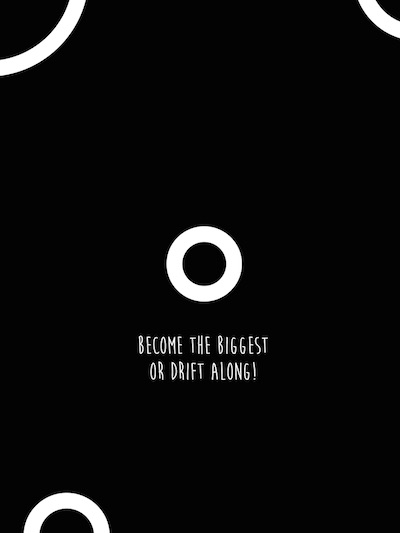 Once you’ve become the biggest cell on the board, the game ends, but you can start again and rebuild your cell in a completely new environment.

Drift along, exploring the sea of cells. Bump into large ones to hear complimentary sound effects. Gobble up smaller ones to trigger different sound waves. Music is a big part of the basic gameplay and is enhanced by your actions within the world.

If you want a little more activity than just wandering around eating up everything until you are the biggest cell, try joining an arena match. Your goal in the arena is to assimilate, or eat, your opponent. You must grab all of the opponent’s cells in order to grow and become bigger. Once you’ve collected all smaller cells and grown to the biggest size, you will be able to assimilate the enemy. 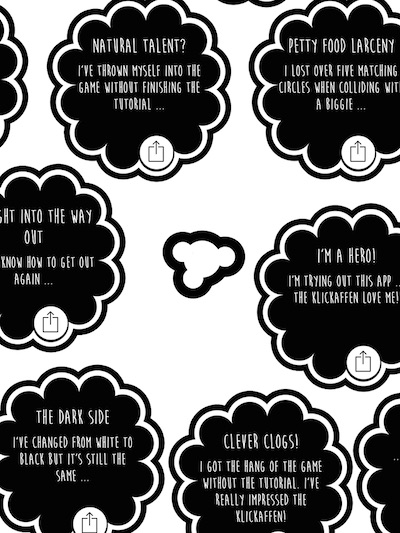 Arena opponents are different than the free-form world. Each opponent has a specific pattern that you must undo by finding the smaller cells first to break down the enemy. As you successfully assimilate an opponent, new ones are introduced that are more complex and harder to break down.

There are 25 different opponents in the Arena with five different sound designs. You will be able to interact with every cell and have a distinctly different auditory experience with each one.

Felllice is available on the iPad, iPhone, and iPod touch. It is currently on sale for $1.99. Download it in the App Store today.

What do you think of Felllice? Let us know in the comments below.