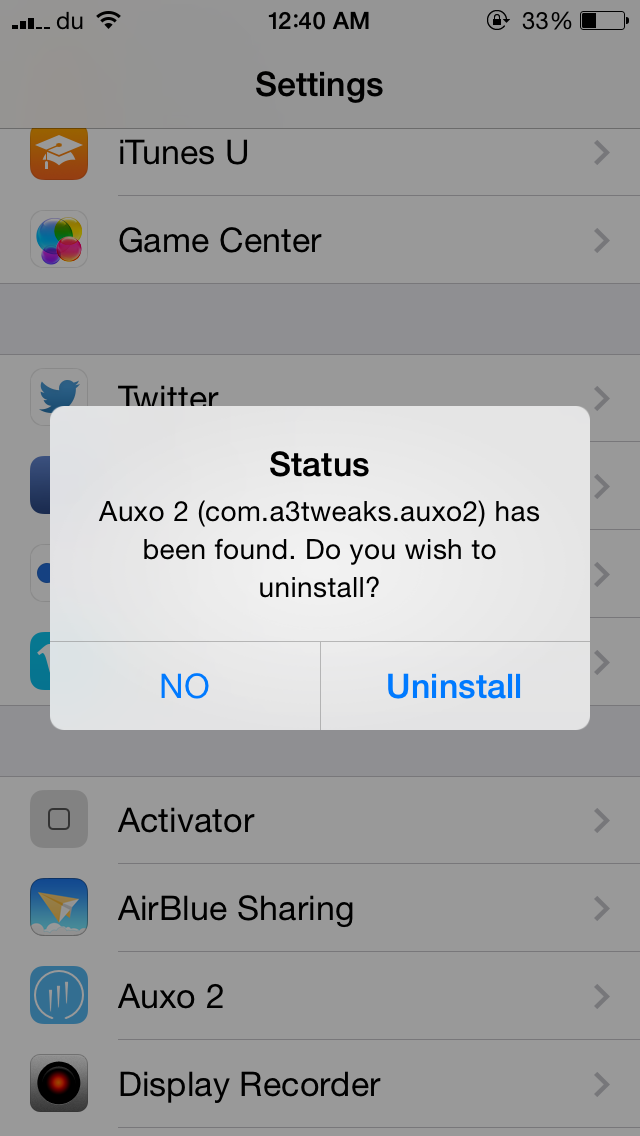 Normally, when you want to delete a jailbreak tweak installed on your device, you’ll have to remove it from Cydia. If you ever wished to remove a tweak with just the tap of a button without opening Cydia, you should probably check out a brand new jailbreak tweak known as PrefDelete.

Developed by Brave Heart, PrefDelete allows you to delete tweaks that come with a preference pane directly from the stock Settings app. This can be done by tapping and holding on a tweak’s preference button in the Settings app to remove it immediately on the spot, though a confirmation message appears before deletion ensuring that you don’t remove a tweak by mistake.

PrefDelete comes with no configuration, so once you install it, you can launch the Settings app and quickly start to remove tweaks that you no longer use. As mentioned earlier, you can delete only those tweaks that come with a preference pane.

Although the tweak sounds pretty useful, I tested PrefDelete on a couple of my devices and out of all, it worked on one of them only whereas on the remaining devices, it failed to remove the tweak whenever I chose to uninstall it from the Settings app. So I can’t guarantee that it’d work properly on your device.

However, the tweak is available for free on Cydia’s BigBoss repository so you can give it a try and see if you’re lucky enough to get it to work.