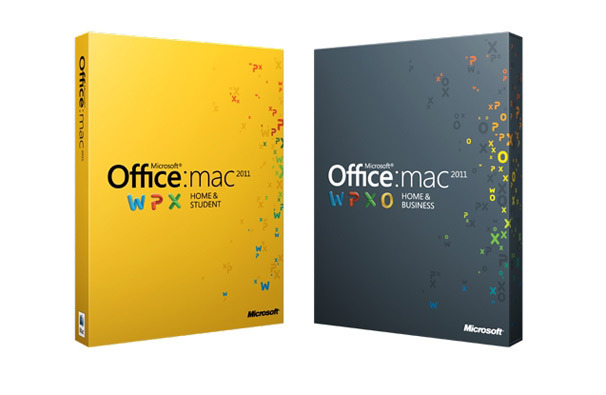 A new version of Microsoft’s Office for Mac software is set to be released in early 2015, adding support for Apple’s Mac Retina displays and packing a new design, a leaked slide from Microsoft claims.

The slide, made public by Chinese blog CNBeta, details the new version will be released in Q1 2015 and reportedly be called Office for Mac 16. It will be the first major update since Office for Mac 11, and probably to the satisfaction of many, pack a design closer to the Windows version of Office. Not that Mac fans are typical Microsoft-design diehards, but many love Office’s ability to handle and edit documents.

Past a new design and support for Retina displays, CNBeta shares details that Office for Mac 16 will gain support for Microsoft’s SkyDrive, Office 365, and SharePoint services. Furthermore, PowerPoint will be updated with a presenter view tool and Excel will add new functions for power-business users. 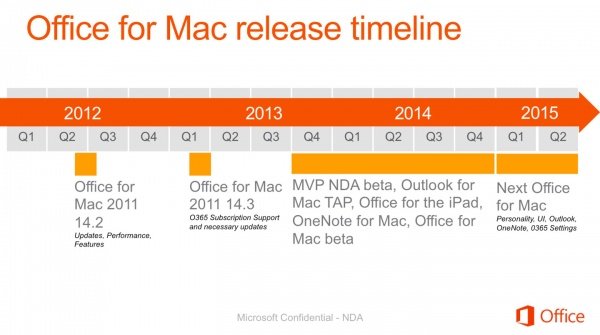 The report didn’t detail the pricing structure for the new Office for Mac, however it’s presumed to be a part of Microsoft’s Office 365 subscription plan. A subscription to Office 365 costs $10 per month, or $100 per year and gives you the right to download Office software to up to five computers. It’s a pricing model that Microsoft has used for Office for iPad.

Under new Microsoft CEO Satya Nadel, it’s clear the Redmond-based company is putting focus on its cloud services. Analyst Ross MacMillan of Jefferies predicts $4 billion of additional annual revenue for Microsoft from the Office unit very soon, and calls it one of the most important parts of the company.

Do you prefer Office over Apple’s iWork suite?