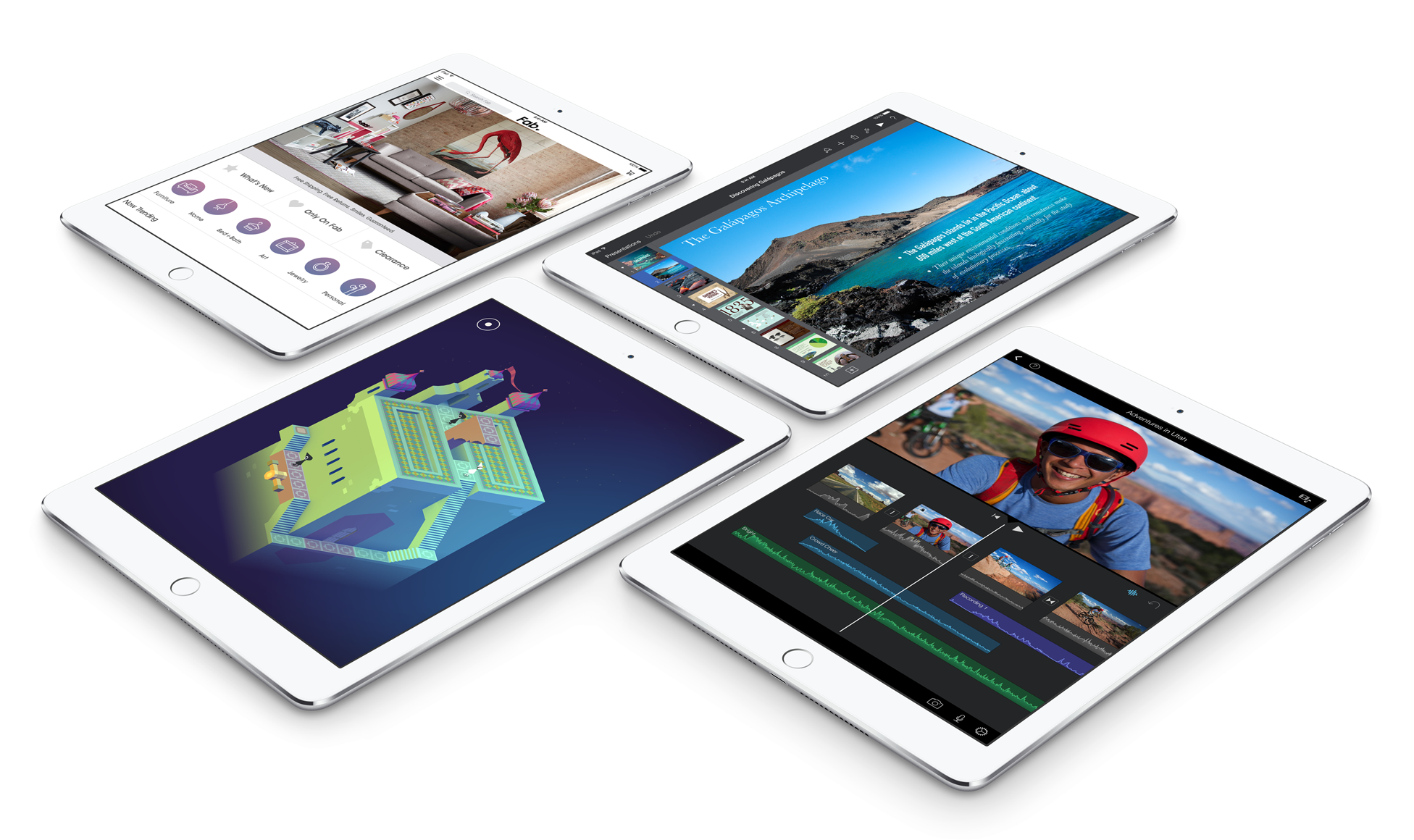 Ever since the first iPad was introduced by Steve Jobs way back in 2010 there has been the argument about whether it is just there to be a media consumption device, or can actually be used for what PC users seem to be so determined to call ‘real work.’

Steve Jobs knew, or at least he hoped that iPads would eventually replace computers as we know them. When launching the first iPad he spoke of his new tablet as a car, and the computers that came before it as trucks.

I’m trying to think of a good analogy. When we were an agrarian nation, all cars were trucks. But as people moved more towards urban centers, people started to get into cars. I think PCs are going to be like trucks. Less people will need them.

He knew the transition wouldn’t be easy, and he was right.

Even now, four years and more generations of iPads than I can keep up with later, it’s a debate that still rages on. Some will tell you that until an iPad Pro arrives, with a screen the size of a small television and multi-window multitasking to go with it, iPads will always be reserved for browsing Twitter, watching YouTube videos and maybe sending the odd email here and there.

So long as those emails aren’t for work, obviously.

But it’s all starting to change. People like Federico Viticci have dared to disagree with the normal view that iPads aren’t for work. Using a combination of powerful automation apps and a real requirement to do work in places that aren’t suited to using ‘real computers,’ Viticci manages to do some truly impressive things with an iPad. He lives in that post-PC world Apple promised us and you know what? I think he’s on to something.

I’ve been sitting on this post for a while now. I wanted to make sure that I wasn’t jumping the gun, because it’s all too easy to say something bold online and then either not follow it through, or be found out almost as soon as you hit that big ‘Publish’ button. But now the time feels right. Now I’m comfortable, almost ecstatic when I proclaim something I didn’t think would ever spill from my lips.

I don’t use any of my Macs anymore because of an iPad.

I’ve in fact been toying with the notion of going all iPad, all the time ever since getting my iPad mini with Retina back in January, but I never quite managed to make the jump. The reasons for that have been few, but troublesome. Even with a hardware keyboard the iPad was missing some vital components of the software variety that left me unable to live on iOS full time, and I’ve always had to fall back to doing some things on a Mac through necessity.

The apps that I was missing were simple staples of the Mac – a top notch text editor, an app for connecting to remote machines via SSH and a similar solution for getting images onto that remote server via SFTP. There were apps already available that did those three things to varying degrees of success, but none really hit the spot for me.

People would probably say these kinds of things shouldn’t be done on an iPad – after all, there is always more YouTube to be watched – but that’s part of the charm.

Of course, all those apps now have top notch options on the App Store. For writing I use the excellent 1Writer, for SSH access I use Panic’s Prompt 2 and as for SFTP, well, it has to be Transmit from the same company. And then there are the extensions that iOS 8 brought to the party. They tie it all together, especially when it comes to getting files into Transmit for, err, transmitting to my remote server. Call it a perfect storm if you will, that tipped things just far enough into the favor of iOS and finally stopped me from waking a Mac up just to upload an image for a blog post.

It’s all backed up to iCloud too, so I don’t need to worry about losing anything. Between iCloud Drive and Dropbox, I have all my files everywhere, and it’s all backed up and versioned like a champ, so I’m not missing out there either.

Yes, installing beta builds of iOS and the like will require me to dust off one of the Macs, but that’s not something I’m doing for the vat majority of the year, and even then most of the updates are OTA anyway. It’s a brave new world and I may falter here and there, but as things stand, I don’t foresee a need to use a Mac in my day-to-day life.

This is all inside baseball, of that there’s no doubt, but it’s another example of how iOS, Apple, and its third-party developers have torn down the walls that previously made the iPad a glorified web browser. Of course there are still tasks that people need MacBooks for. Or Mac Pros for. Or even that lovely new Retina-powered iMac for. Even with the excellent iMovie on a new iPad Air 2, or any of the other quality video editing solutions that fill the App Store, some people will require more to make their particular brand of magic happen, and that’s fine. It’s all about trucks and cars as Steve once said, and that’s fine too.

But for me? Both of my Macs are sat idle, and for now at least, that’s how they’re going to stay.