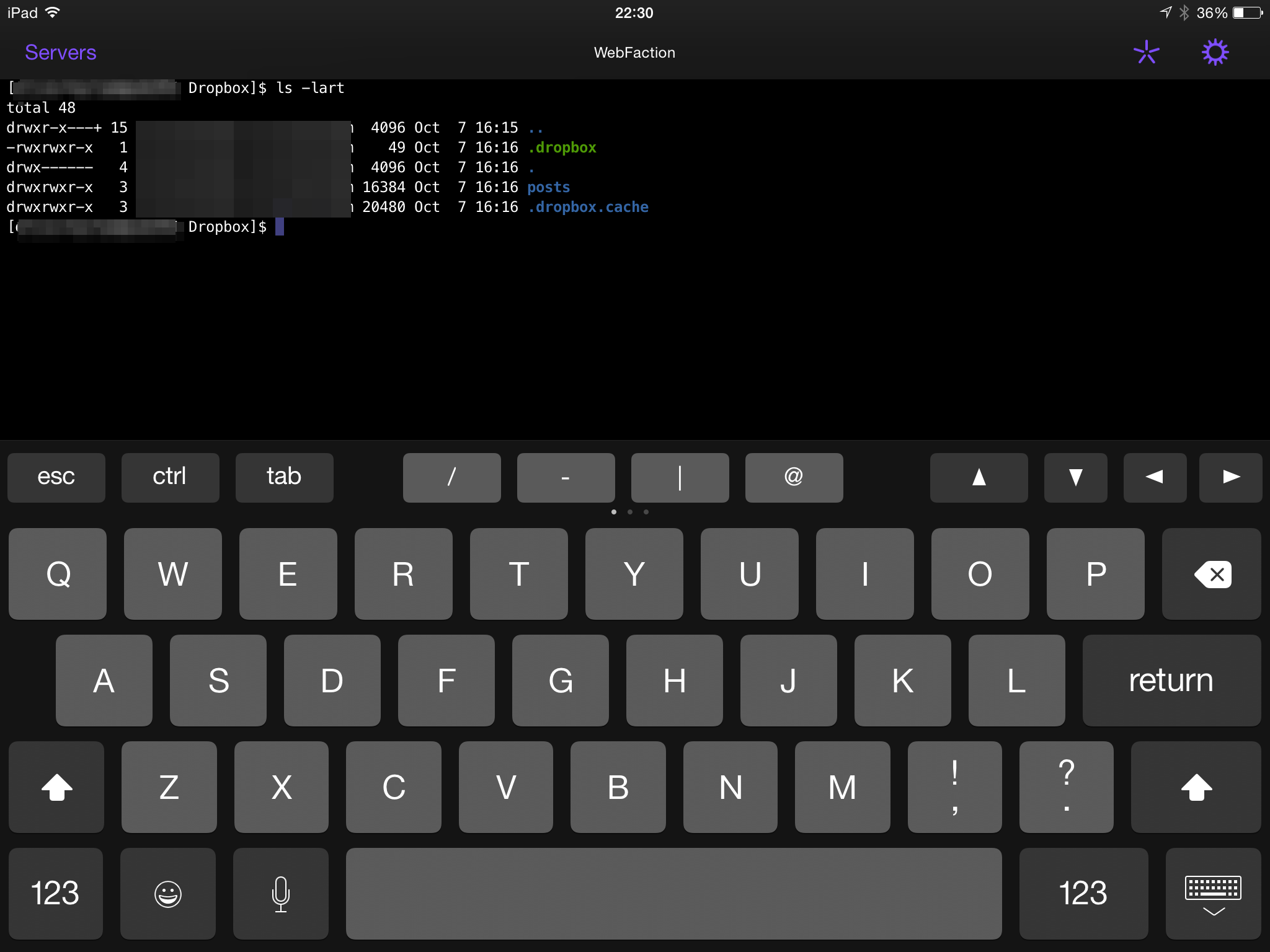 The iPad can’t be used for real work, can it?

Even after all this time, there is still some debate about whether the iPad can be used as a real computer. I’d argue that even the iPhone can prevent me from having to pick up one of my Macs, especially now we have the larger screens courtesy of the iPhone 6 and iPhone 6 Plus.

To me though, it’s not so much about the hardware, but rather the software that runs on it that will decide whether any iOS device is up to the task. The App Store is littered with word processors of all kinds, apps for shoving numbers into spreadsheets and even plenty of software that will help you give a presentation on a projector. That’s all well and good, but for me real work starts with a command line and an FTP server. Thankfully, Panic has my back on both counts.

Both Transmit and Prompt have been born out of the hard work that goes on inside Panic, and the latter has received a hefty update very recently indeed. So hefty in fact that this new 2.0 version is a whole new app that requires purchasing all over again and at $9.99, it’s not the cheapest app on the App Store.

But it is one of the best.

If you’re a system administrator, or just the kind of person that likes to tinker with servers in their spare time, then the idea of having a fully fledged terminal on your iPad and iPhone is sure to appeal. There are other apps that will give you a terminal window and let you SSH into servers left and right, but Panic’s Prompt has long been accepted as being the best around. This new 2.0 offering is building on that foundation while adding some iOS 8 flair along the way. If you’ve already splurged the money for the equally impressive Transmit, then you already know what to expect here.

Improvements are plentiful, including:

That’s just the start. Customizable keys can be added to the already super useful keyboard bar, which will make even the most demanding of users happy. Prompt 2 really does have features coming out of its ears, which for something that seems as simple as a command prompt on a black screen is no mean feat.

In case it’s not already acutely clear, I’m quite the fan of Prompt 2. Frankly, Panic had me at the original Prompt, but the additions in this new version 2.0 are impressive and the need to buy the update rather than get it for free really shouldn’t put anyone off. Prompt 2 is well worth your ten dollars, especially if you’re already a fan of the first app.

With Prompt 2 and the excellent Transmit, Panic has given iOS users the tools they require in order to work with servers remotely and with little fuss. FTP and SSH access are the bread and butter of a system admin’s work, and being able to do them on iPhones and iPads is just awesome.

If anyone tries to tell you that iPads can’t be used for real work, then point them in Panic’s direction. They’ll put them straight.

Download Prompt 2 in the App Store. It is a universal app for both iPhone and iPad.