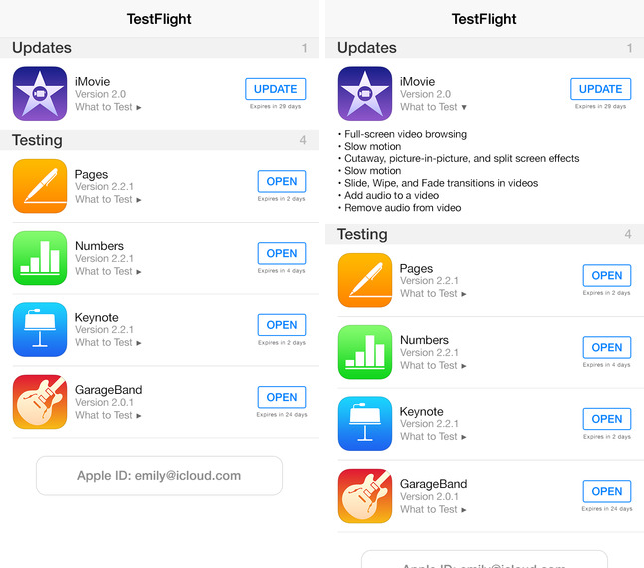 Apple’s acquisition of TestFlight is about to make a big splash when it comes to the general public gaining greater access to developer betas. A short while ago, developers began receiving emails from iTunes Connect alerting them of the wider availability of beta tester invites.

Developers will be able to invite up to 1000 testers to beta test their iOS apps, and it’s all done through a simple email invitation initiated through the iTunes Connect website. Once sent, recipients of the email can accept the invitation and can install the beta app on their iOS devices within the TestFlight app. It seems like a win-win situation for everyone involved. Developers get a super-simple way to manage and send out beta invites, and beta testers potentially receive broader access to the apps that interest them most.

As expected, many developers are anxious to use the new and improved beta testing capabilities of iTunes Connect, and place their in-progress apps into the hands of a greater number of testers. In fact, Fleksy, creators of the popular Fleksy third-party keyboard for iOS, has announced that their first iOS beta is going up today. If you want to try out the TestFlight beta service, you can head over to Fleksy’s site, sign up, and wait for a beta invite.

Those who accept beta invitations will be able to get push notifications for update builds, and provide user feedback, all within TestFlight. In theory, it seems like this will be a much-improved workflow for both developers and beta testers when it comes to testing out new apps and app updates.

If you’ve yet to do so, you can download TestFlight from the App Store for free. Are you excited about the prospect of easily testing out in-beta apps? Have you downloaded TestFlight yet?