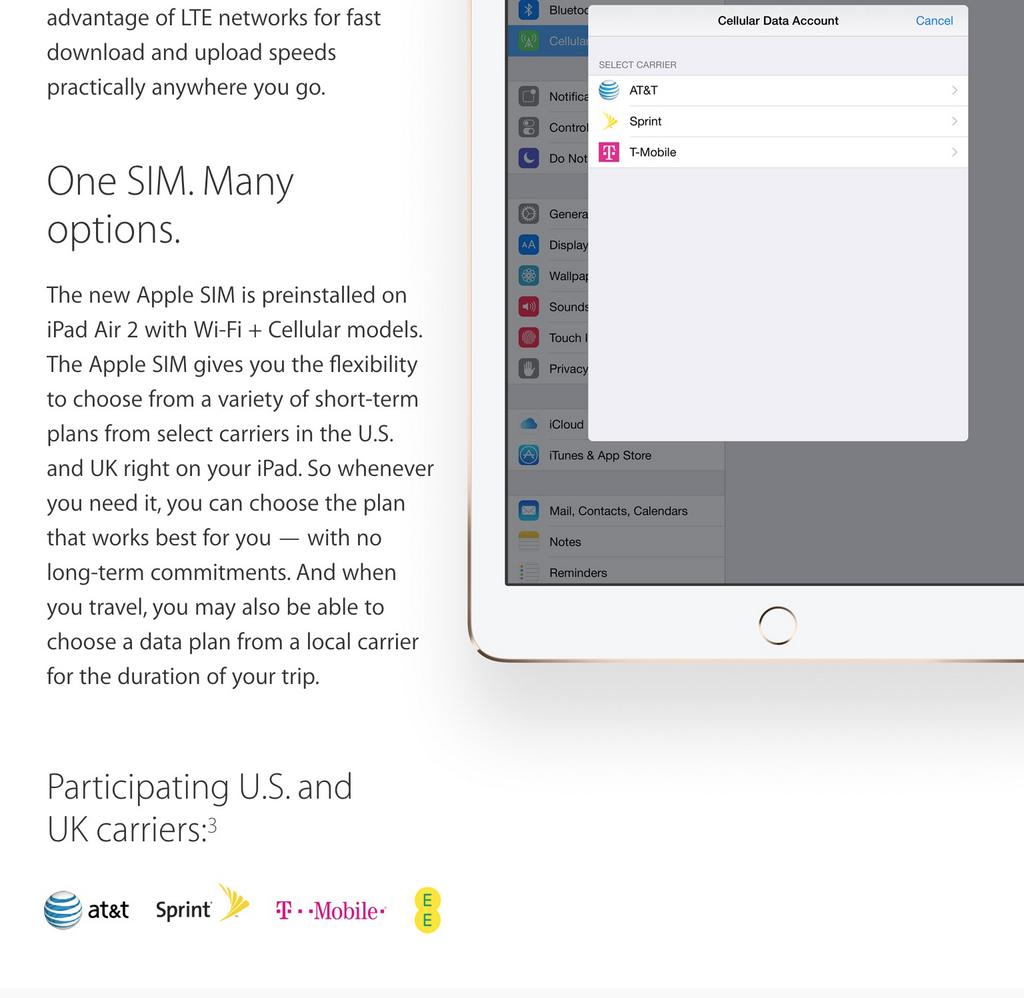 Amongst the many new features included in the iPad Air 2 and iPad mini 3, we’ve come across an interesting one specific to the cellular models. It’s a new pre-installed, Apple-branded SIM that allows you to switch seamlessly between participating US and UK carriers.

We’ve seen a number of Apple-filed patents pertaining to such an invention over the years, with some even speculating that the company was looking to become a wireless provider. But it appears it just wanted to make it easier to use the iPad with short-term data plans.

In the US, the Apple SIM will allow users to easily switch between AT&T, T-Mobile, and Sprint—Apple notes Verizon is not a participating carrier, meaning users will have to go in-store to activate data plans. So far, EE is the only participating service provider in the UK.

You can see where Apple is going with this, and it could be a big deal once more carriers come onboard. Imagine traveling abroad, and being able to setup short-term wireless service with the local provider without having to make a retail trip or mess with SIM cards.