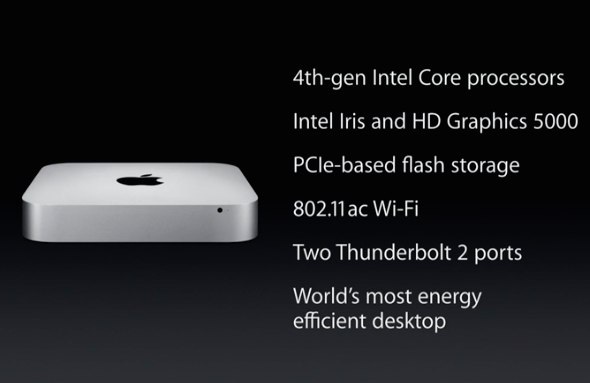 In addition to the new 5K iMac, Apple announced an update to its aging Mac mini line today. The new desktop computer has been outfitted with Intel’s 4th-gen Core processor, and now supports PCIe-based flash storage and 802.11ac Wi-Fi, and the faster Thunderbolt 2 ports.

But the Mac mini has never really been about performance; it’s been about the price. As Apple’s least expensive Mac machine offered, the mini gave more people access to the popular OS X ecosystem. And today, the computer gets even more accessible with a  $100 price drop.