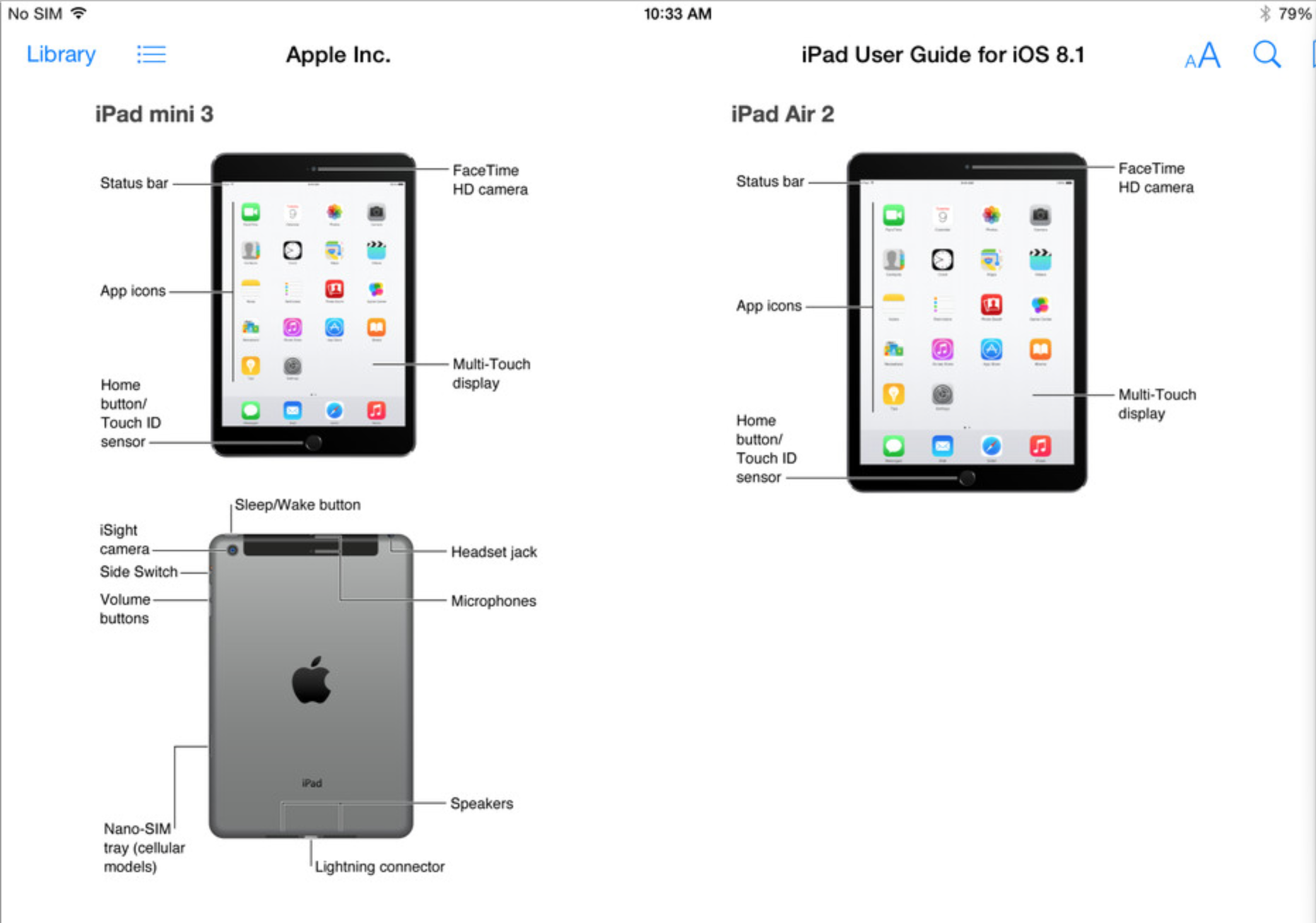 An inadvertent (or is it?) slip-up on Apple’s iBooks Store on Wednesday all but confirmed that tomorrow’s media event will in fact serve as a launchpad for a pair of iPad refreshes: a second-generation iPad Air and third-generation iPad mini. Furthermore, the images suggest Touch ID fingerprint scanning for both new tablets, in addition to Burst camera mode for the regular-size iPad.

These revelations were made public via iTunes screenshots for the iOS 8 iPad User Guide that can be downloaded to iBooks, as first discovered by the prolific Apple blogger Mark Gurman of 9to5Mac.

And here’s an iTunes Preview of the iPad User Guide for iOS 8 on the web. 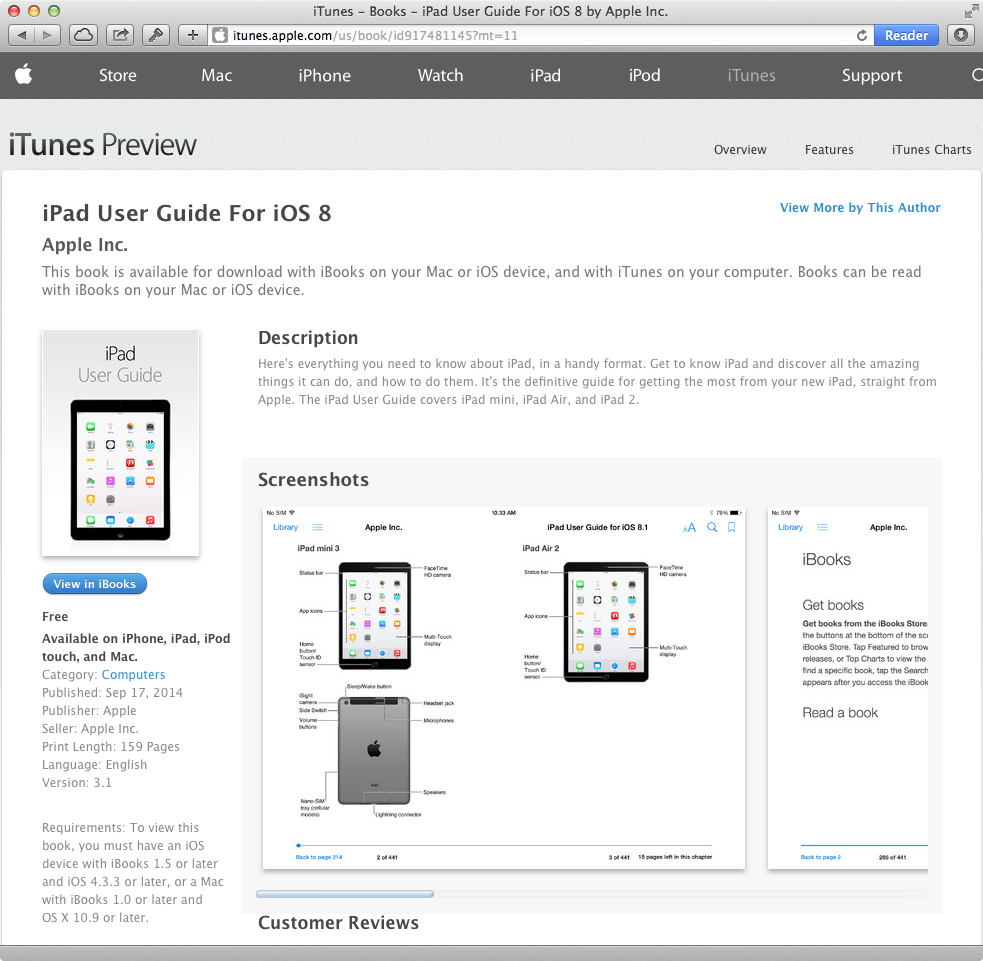 Don’t bother tapping the e-book link for Apple’s already removed the page from iBooks. For what it’s worth, an iTunes Preview on the web was still accessible at post time when following the URL on desktop.

The Burst camera mode was first introduced with the iPhone 5s release last Fall to allow the user to take multiple frames per second, and has since made its way to the iPhone 6 and iPhone 6 Plus.

If the iPad User Guide is anything to go by, it would appear that only the second-generation iPad Air 2 will gain an improved camera with Burst mode, not the iPad mini 3.

If true, it seemingly corroborates reports that the upcoming full-size iPad runs a more powerful A8X processor, which leaked yesterday on photos of a claimed printed circuit board.

Couldn’t be more obvious than that, no?