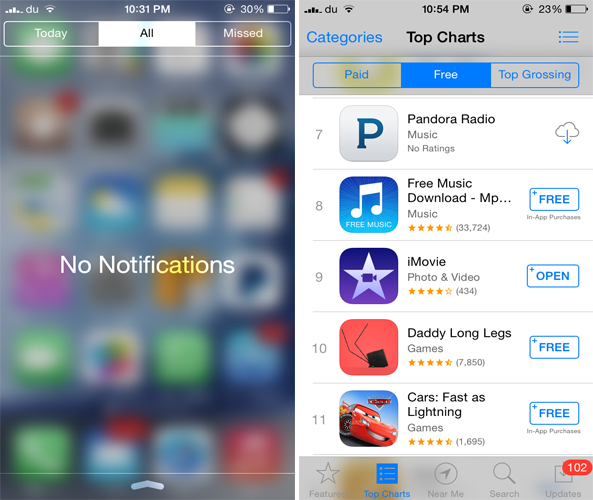 Along with having an all around flatter design, iOS 7 heavily uses blur effect across the whole interface. If you ever wanted to adjust the blur level of various aspects of iOS 7, you should probably check out a brand new jailbreak tweak known as Flurry.

Developed by dantesieg, Flurry allows you to easily configure and adjust the blur and tint level of iOS 7. Any changes that you make will be applied to various interfaces such as the Notification Center, Control Center, Lock screen passcode, Home screen dock and way more.

In addition to the above mentioned interfaces, the tweak also blurs the Navigation Bar, Tab Bar, buttons as well as the Action and the Sharing menu. 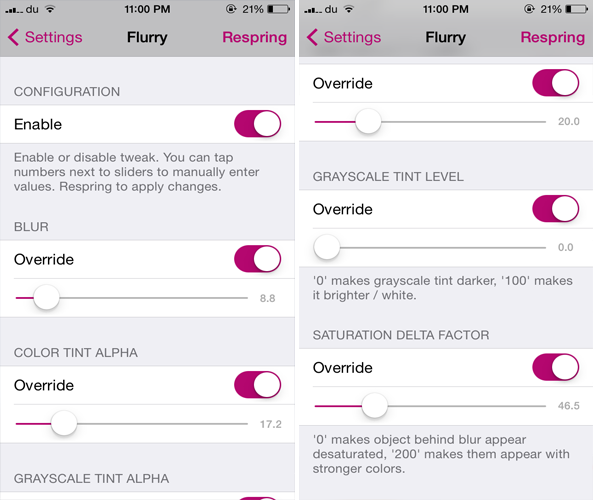 Once you install Flurry, navigate to the tweak’s preference pane from the stock Settings app in order to configure it. You’ll find a kill-switch toggle that allows you to enable or disable the tweak as well as various sliders that allow you to adjust the blur, tint and the saturation level. Once you’ve made the changes, you’re required to respring your device.

Personally, I like the idea of the tweak except that the blur style doesn’t go along with various iOS 7 elements such as the dock, which doesn’t look good after enabling the tweak. To fix this, the developer could also provide an option to users to enable or disable the various interfaces that the tweak will work with.

If you want to give this tweak a try, head over to Cydia and download Flurry from BigBoss for free.