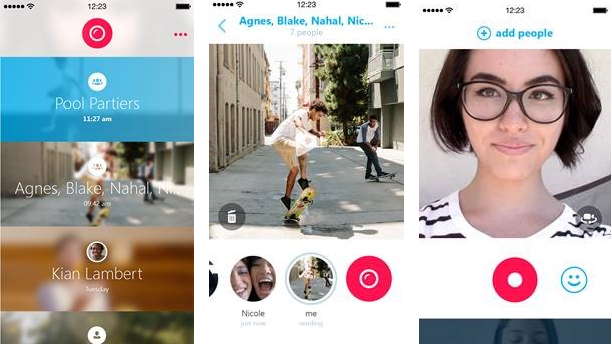 “Imagine if you could reinvent the Skype experience, taking into account how messaging, selfies and app culture have changed the way we communicate,” reads the blurb.

The free of charge iPhone app is based on Microsoft’s $100 million acquisition of the mobile video provider Qik three years ago. Microsoft retired the original Qik app soon after, clearing the way for a re-introduction of the reimagined Qik software for iOS, Android and Windows Phone.

As the name suggests, Skype Qik is being promoted through the Skype brand, itself owned by Microsoft. Matter of fact, Qik runs alongside Skype to provide an ongoing form of video chat allowing you to share laughs, and chat with groups of friends.

Qik exists to make video conversations “more spontaneous and fun so you don’t have to wait until your next call to connect with your favorite people,” the team argues. You can swap video messages with an individual content or groups of friends.

Each message automatically disappears after exactly two weeks and should you need to delete a certain message or clip manually, Qik lets you do that, too: you can easily erase any video you’ve sent from the chat, whether it’s been watched or not.

Contact blocking is supported as well, though Microsoft said that the ability to block contacts on Android and Windows Phone will be available on the  iPhone ”in the coming months”.

Finally, the app features something they’re calling Qik Fliks, basically glorified five-second videos saved as animated GIFs. You can store Fliks on your device and send them with just a tap, or choose among a couple built-in Fliks. 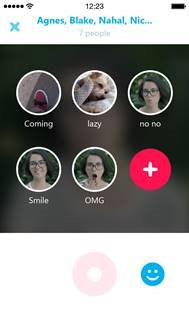 Now available on Android and the iPhone, Fliks are due on Windows Phone ”in the coming months“.

The app doesn’t require a Skype account as it’s based on your phone number, like WhatsApp, Viber and similar messaging apps.

You can even message people who don’t have Qik, in which case they’ll receive standard text message containing instructions to download Qik to watch your video message.

Do you think you’ll be giving Skype Qik a whirl?