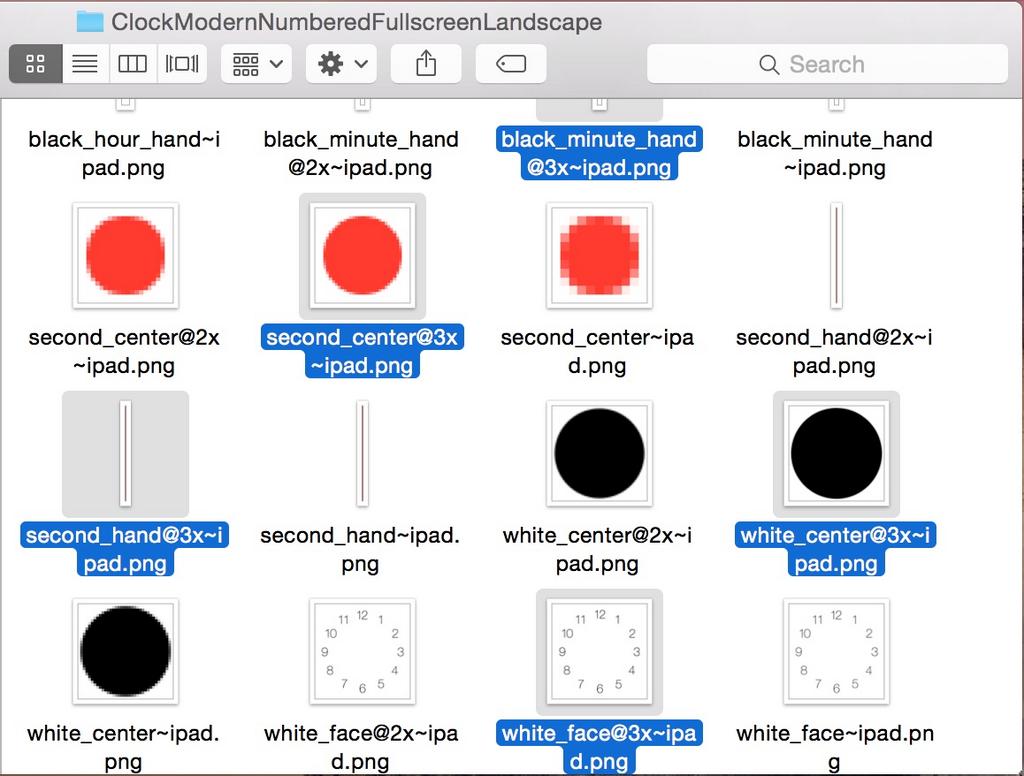 The possibility that the iPad Air 2 could get a higher resolution Retina HD screen just got a little more likely. Developer Hamza Sood, who’s no stranger to unearthing hidden goodies within Apple’s code, revealed some new iPad @3x assets after doing some digging around iOS 8.1. This means that Apple is at least considering a higher resolution “Retina HD” screen for the new iPads.

The assets that Sood uncovered have to do with the Clock app’s interface, including the clock’s face, hands, and center. As you can see from the screen capture above, there are normal “1x” assets along with the @2x assets necessary for Retina Displays. However, what you should focus your attention on are the new @3x assets, which are indicative of a higher resolution screen somewhere in the pipeline.

Considering that the iPhone 6 Plus features a higher resolution screen (the iPhone 6 has a “Retina HD” screen as well, but it doesn’t use @3x assets), it only seems logical that Apple would bump up the resolution in its flagship tablet offering, making for a more compelling upgrade reason.

What do you think? Do you think 2014 is the year that we see an iPad with a Retina HD screen? Sound off in the comments below.